After 10 Years, the MassChallenge Community Reflect on the Past and Look Towards the Future 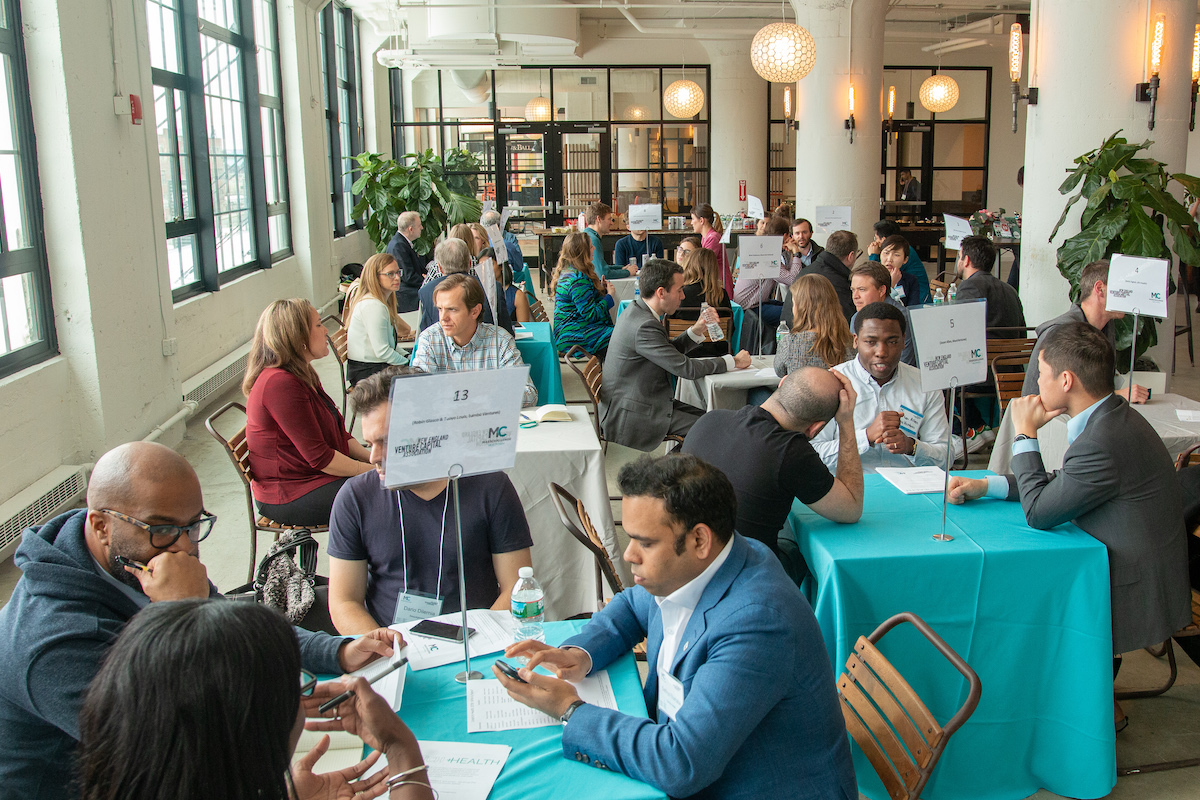 The members of the MassChallenge community are fundamental to our success in creating a connected environment for our startups to excel. These members come in a variety of roles, including mentors, partners, experts, and founding contributors. Well beyond their involvement in helping support MassChallenge programs and working with startups across all different stages, however, is their drive to encourage innovation as a whole.

This drive is what has made the past 10 years of MassChallenge not just a success for the organization, but a success for all of Boston’s thriving innovation ecosystem.

The vision for MassChallenge upon conception was to build “a creative and inspired society in which everyone recognizes that they can define their future and is empowered to maximize their impact.” This quote comes from founder John Harthorne.

He goes on to say, “A decade later, the MassChallenge network has greatly expanded to support the growth of startup ecosystems across five continents, and has partnerships with hundreds of organizations and thousands of startups to catalyze global innovation. That makes me proud of our history, and optimistic for our future.”

Then Governor of the Commonwealth of Massachusetts, Deval Patrick, shared in that same enthusiasm and a was a key figure in getting MassChallenge first rolling in Boston over 10 years ago:

“Back in 2009, the Nation’s economy was undergoing a shift unlike any since the Industrial Revolution. We knew Massachusetts had the potential to be a major hub for the jobs of the future, and that we simply needed to create the conditions to allow that potential to flourish. I’m happy to say that our collaboration in launching MassChallenge exceeded all our expectations. The organization has transformed the city and state’s industry and has created one of the most successful innovation ecosystems in the world. I can’t wait to see how MassChallenge continues to grow.”

Indeed, the progress and growth of both MassChallenge and the communities that drive it have been exponential.

One of the more visual components of this growth has been the transformation of the neighborhood MassChallenge first inhabited: the Boston Seaport.

The striking physical contrast was summed up nicely by Jeff Bussgang, General Partner of Flybridge:

“Literally every time I go to the Seaport, I think of that first time I went to visit MassChallenge in that empty, vast, unfinished floor in the one building standing alone in what felt like Boston’s industrial desert. MassChallenge infused energy and attention to the Seaport unlike any other institution, making it a cool place for startups at a time when our startup ecosystem was bursting out of the traditional locations. Today, everyone knows the incredible story of the Seaport and its explosive growth. Not everyone may appreciate that MassChallenge was one of the authors of that story.”

Here’s a bird’s eye view of the Seaport circa 2005 (highlighted in red):

Now, the Seaport is an expansion of about a 1,000 acres and home to a thriving innovation community. 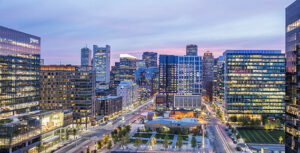 In addition to any physical transformations MassChallenge has had a hand in, we are most proud of the impact we’ve had in helping startups do what they do best: create. By giving entrepreneurs and innovation partners and investors a place to grow and work together, we’ve seen global success and job rate rocket over the past 10 years.

Our Community Weighs In

We’ve asked several of our founding and current contributors, what their thoughts and impressions are of MassChallenge turning 10 years old, and we’d thought we’d collect and share some of them in this post.

“When we provided MassChallenge with their first office space to execute their program and their vision, we knew that this collaboration had the potential to significantly grow not only Boston’s innovation district but the whole innovation community that exists in Massachusetts. Now in 2019, the Seaport area of Boston has transformed and is home to hundreds of startups, and MassChallenge has created a global community far beyond Massachusetts.”

“I had been looking for ways to invest in the future of Boston, when I read about the launch of  MassChallenge. I knew right away that this creative initiative that supported and enabled a variety of entrepreneurs would have a huge long-term impact on the region.

“Over the last ten years, I have watched MassChallenge grow as an organization, and I have seen the ripple effect of having startups in many different industries in Boston that are given mentorship, contacts, experience, and help in growing their idea into a viable company, hiring employees and building the businesses of the future.”

“As MassChallenge grows, its impact expands.  Although we tend to look at how many entrepreneurs have built great companies out of this amazing accelerator, it’s clear to me that its bigger impact is on the metropolitan areas in which it operates.  When MC is in a city, companies are built, corporations start collaborating with startups, entrepreneurs have a place for help and community, and experienced professionals come together to lend their expertise and give back.  The result is a vibrant innovation ecosystem which grows the economy, and which makes everyone involved feel enormous pride.”

“MassChallenge has been a cornerstone of the tech community in Boston and has grown into one of the most successful multi-city incubator programs in the world.  The investment  MassChallenge is now making in FinTech and driving collaboration between industry leaders & innovative startups will surely propel it to success into the future!”

“MassChallenge’s  success over the past decade, not only in Greater Boston but globally, is awe-inspiring. With an unwavering commitment to cultivating start-ups, MassChallenge has contributed significantly to Massachusetts’ position as a global leader in the innovation economy.  I look forward to seeing what the next ten years bring for this incredible organization and the start-ups, industries, and people that benefit from their work.”

A Decade of Impact

If you’d like to learn more our impact over the past 10 years, we encourage you to read our 10 Year Impact Report (below) and come to the next MC event! 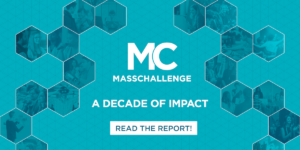