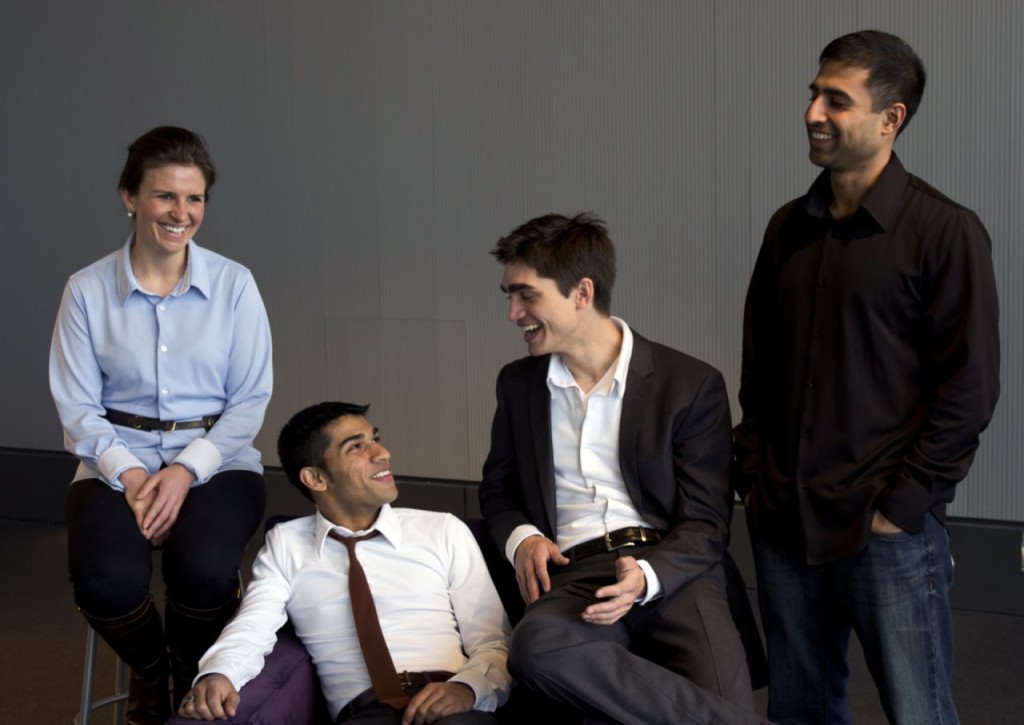 Why did you guys start the company?

I met my two co-founders at MIT in 2011. We were all athletes and used to wearing performance clothing Nike, Lululemon, that kind of stuff. We also worked in professional environments by day. We quickly realized that, when you are in the mountains, for example, you are prepared for anything whether it rains or its humid or hot, you feel like your clothing enables you to be better. But with work clothing, its the exact opposite. You feel like you have long days, you are uncomfortable, and your clothing just doesnt hold up. It didnt make sense to us that athletic clothing had evolved so much but work clothing had stayed stagnant. So we all came together with this similar vision of what we wanted to do in the industry. More importantly, we had similar values in terms of the brand we wanted to build and the customer service we wanted to provide, and the combination of that shared vision plus the similar values made for a great founding team.

Whats one of the most significant challenges youve faced in growing Ministry?

Whats a benefit of MassChallenge that you didnt expect?

Right around the time we started at MassChallenge was the first time we had done a full size run on our shirts, and we needed a community of customers to try out our product. So we went to MassChallenge and talked to a ton of people and had them try the product. And it turns out that it was this amazing community that gave us feedback about the product but also evangelized it. And so it was this early adopter community that understood what our intent was when we were designing and gave great feedback. So MassChallenge is actually a wonderful place to tweak and perfect products, because its a community that really believes in design and innovation coming together.

Any advice to a young entrepreneur?

Im a minority founder and a person who grew up in a culture that didnt necessarily value being an entrepreneur as part of a successful path. But Im doing that right now with at least some success. So the advice that Id give to someone younger is that it took me way too long to question the prescribed path. I went to Georgia Tech because thats what you did when you lived in Atlanta and liked engineering. I went to a consulting firm because that was a phenomenal job offer that I couldnt pass up. I went to MIT because I got into MIT and why wouldnt you go to MIT? It was only then, though, that I allowed myself to ask, What are some of the other options? And it was far too late in the cycle of maturity, in my opinion, to really question this stuff. It doesnt mean that I have any regrets on the above stuff, because these were three beautiful gifts that Im very thankful for, but Id encourage people to make sure they are intentional about their path, and take time at each moment of change to evaluate and say, Is this the right path? Is there a passion that Im suppressing or hiding that I could actually act upon? and if so, How can I go do that?, even if it doesnt fit the normal narrative that youre expecting of yourself.

Whats a significant A-ha! moment in the early days of Ministry?

When we first started the company, we sold online. But we would open our office on Friday afternoons to customers and partners to come in and have a few drinks and check out our clothing. What we quickly realized is that as soon as these people put on our clothing they would have that a-ha! moment, like it really does feel so much better. This is the best dress shirt Ive ever put on. That really empowered us and made us realize we should get more people physically into our clothing, and thats the main reason we opened up our first physical store for those people that might not want to buy online without actually trying the product first.

Tell us about a great moment in your companys history

We launched a Kickstarter right around the time we were doing MassChallenge, and the Kickstarter did extraordinary well and set all sorts of records. We were riding high and just really excited about the near future. We got the shirts out a little late and a little over budget but we got them out and into our customers hands. But then we got some really mixed feedback. On the one hand, people loved the function and people who valued this were obsessed and absolutely loved it. But people who were trying to balance fashion and function, which is our vision, to marry the two gracefully, werent happy with the aesthetic of the shirt as it stood. For us, it was this great moment of realizing that we had prided ourselves on being outsiders to the fashion industry, and that our naivete was our gift, and all this rhetoric you hear as a young entrepreneur. It turns out that it was a great moment to step back and let our guard down. We realized that maybe fashion is just as important to understand as function. We knew function as engineers, and now we needed to blend in fashion. So we took the time to go out and seek and find an incredible design director who knew fashion but also had the thirst, like us, to change it, and knew what rules we could break. So it was this great moment of clarity, vulnerability, of understanding that you have to know the space you are disrupting, at the risk of sounding cliche.

If you want to break the rules, you have to know what rules there are to break.

Whats your advice on building an effective team?

Weve learned a lot about this over the past four or five years now. One of the key things is this idea that its more about finding believers than trying to convince non-believers. Once you find people who believe in the mission of the company its a lot easier to find the right seat on the bus as they say. Also, Id say hire slowly and make sure you have a hiring process that is built starting with culture and not with competency. Thats something we learned over time, that its more so about finding people who believe in the mission of the company and who worked well as a team member. Lastly, build your core values into this hiring process. During the first two years we hadnt really codified our core values and it took us about a year and a half to finesse them and iterate and figure out the values that people really resonated with. Once those two things happened once we figured out our values and built the hiring process off of them thats when things really started to come together.