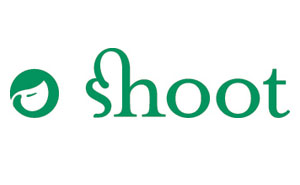 What was your pain point or problem you were trying to solve?

I started the company because of the problems I was having in my own garden. I knew what kinds of colors I wanted and hard landscaping, but when it came to the actual planting, I found it very confusing. I impulse bought a lot of plants at the garden center and found that quite a few didnt survive because I was putting the wrong plant in the wrong place. For example, I knew I needed to prune my hysteria for it to flower, but when I looked it up in a book it was always the wrong time of year, so I thought, Why cant someone just tell me what to do and when? And thats what Shoot does for our members.

Did you learn anything during previous jobs that helped you in founding Shoot?

I had actually worked at a startup prior to Shoot. It was a really informative experience because they raised a lot of money and hired a big team before really validating their business or having tested that it would work. So when I started, we did a lot of research and customer testing to find out if there was a real customer needI knew I had a problem, but would other people share the same issues? I reached out to people who were buying plants at flower markets and asked, Would you like this kind of information to remind you what to do in your own garden? Then, based on that customer feedback, plus a lot of validation we did with garden designers and landscapers, we launched our first website and grew from there. It wasnt just my idea anymore, it was validated by other people.

The first was actually the very first time I talked to someone about the idea and they lit up, saying Yes, my gosh, I would love a service like that! The second moment was when our first members started paying. We knew that we had something people wanted, but they were also willing to pay for it. That was a really huge moment for us.

Who are your customers?

We have members who are novice gardeners, who dont know anything about gardening and might need help even identifying plants, all the way through to expert gardeners, and professionals. We really do cater to the whole range. Our most profitable members are actually the professionals who use Shoot for their clients. Another exciting thing is that we have recently installed some tracking software, so we now know we have members in over 87 countries. And thats without having done any real marketing.

What are some of your biggest challenges in running a successful startup?

I think in the early days I probably trusted too many people without having a contract in place. So Id say no matter how close you are with someone, make sure you always have a contract in place and always own the IP (Intellectual Property). Another mistake is that I didnt know what I didnt know. As an individual entrepreneur, its hard to be aware of every issue you might need on your radar, and that can be a struggle. But Ive really developed this business cautiously and carefully, so fortunately I havent have any major mistakes yet.

Whats going on with Shoot over the next year?

Our two big initiatives for the year are investing in marketing to acquire new members and to launch in the US. We already have 500 members there, even though we havent marketed and dont have a specific product offer. Thats a really exciting expansion for us.

What was the most valuable aspect of participating in MassChallenge?

Id say there were three really valuable things we got out of the MassChallenge accelerator program. The first is that, because we were a Diamond Award winner, we received 50,000 equity-free cashobviously amazing for a growing startup. Second, we now know a lot more about our customers, and that’s because we implemented a product called Intercom after receiving some great advice from a MassChallenge mentor who really knows the digital space. The third is recruitment. I recently hired someone I met through the MassChallenge network, and that has been a huge addition for us.

In terms of my strength, like I said earlier, I think its my ability to seek feedback and advice on a regular basis. Really trying to listen to, and prioritize feedback. Not just from customers but also investors and people with an interest in my business. But you really cant listen to everyone. Take the advice you get and then make your own decisions about what you feel is right, based on the information you have. My biggest weakness is definitely trying to do it all. Because I can do lots of things, I used to think I should. And Ive realized thats a terrible mistake. Its much better to bring the right people onto your team and empower them and allow them to get on with it.

You ran a very successful crowdfunding campaign recently. Tell us a little bit more about that.

We initiated a campaign last April, in 2015, and we were fully funded within two weeks. We were seeking to raise 350,000 and eventually went on to raise 500,000. My advice for anyone seeking to raise money this way – and its an absolutely fantastic way to raise – but the key thing Id say is to start building your investor community right away. Even if you arent thinking about crowdfunding for another two years, ask key stakeholders and customers, anyone who might support your business, keep a list of all those people, and before you are ready to raise, send them your business plan and try to get as many people as possible pre-pledged before you launch. Shoot, for example, was 40% pre-pledged before we launched. You dont want to launch and not have momentum.

What do you like to do when you step away from Shoot for a moment or two?

I love swimming. I am a fanatic. I find it quite meditative as well as good exercise. And although I havent had many holidays recently, I really do love to get away and just take a bit of a break. And I think thats hugely important for an entrepreneur.

What impact do you hope to make on the world?

Theres a few things. Gardening has a ton of personal benefits for people ingraining their lives, connecting them to nature, taking care of your physical environment and feeling better about where you come from and I want to enable all of that. Personally for me, Ive committed to Founders Pledge through MassChallenge. I really want to give back. For me its about, “What person do I want to be? What kind of legacy do I want to leave behind? Its really important that when Im successful Ill be able to give back to the community through charity.

Find out more about Shoot.