The Big Idea Behind a Little Robot 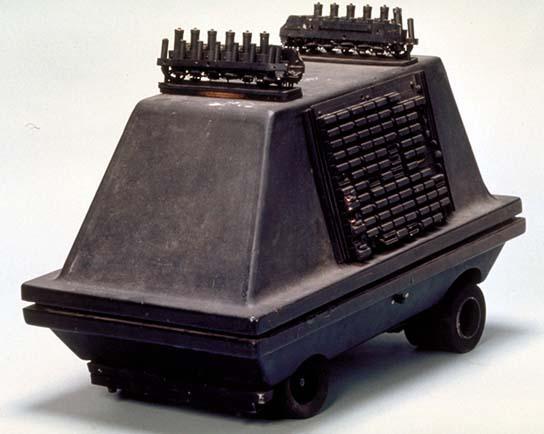 Im a little strange, but certainly was inspired by robots being practical.

Angle was able to take influence from a little black box which led Storm Troopers to their final destination, and through that iRobot was born. Angle had a passion for robots and wanted to explore what they could do, and ultimately, what they would allow any common landlubber to do. MassChallenge is doing the same thing with each and every startup that finds its way under MCs roof. Finalists draw from small ideas and make them big and tangible. Like Angle, our ideas are pushed to their limits until cracked open, evolving into something else.

There is an opportunity to do something and we are not going to wait around to make an impact.

The time is now and entrepreneurs recognize action needs to take place in order to create impact. Through iRobot, Angle has and continues to produce robots that make history. It has been a slow road and at first not entirely successful, but it started with a mission. Angle knew there had to be a better way to do things. He might have to break some rules along the way, but so be it. Perseverance and never giving up made a difference for iRobot, and will for any startup. Angle has accomplished many things through extreme dedication to his passion, including working with NASA to create Sojourner, which explored Mars in 1997. Angles kid-like mentality is refreshing to watch, encouraging entrepreneurs to be in touch with their spirit, which makes them thrive.

I have gone to Disneyland! Angles baby had gone into space!

Angle has always kept his passion at the forefront and it has fueled his experimental mentality. He got his first robot into space, but learned to keep the same excitement with each and every robot thereafter, even if it didnt have the same success.

We did all this cool stuff….Nothing came of it

When speaking to MassChallenge Finalists Angle validated the value of success by describing the people who often talk about risk takers and refer to them as entrepreneurs. Successful entrepreneurs are probably the best managers of risk out there.
It took Angle 14 failed business models to succeed. iRobot didnt make money for a while, but when it began to make payroll the next step was to make partnerships that count. He came to realize the value in partnering with other people who knew more than he did, much like mentors who serve to help MassChallenge Finalists.
This was evident in the naming of, everyones favorite household robot, the Roomba, a robotic vacuum cleaner. Angles team came up with unusual names like CyberSuck and DustPuppy. All these names were not exactly marketable. In this case, Angle paid a qualified copywriter to name Roomba.
Even though Roomba didnt top charts, as far as vacuum cleaners go, Angle had broken into the retail market. Throwing money into customer service was the safest way to keep the Roomba brand thriving. Angle knew that customer loyalty would be higher if they had a problem with the product and it was fixed. Surprisingly, not only did people use the vacuum, but they were actually naming their vacuum, and, well, personalizing them…
Angles response was, Oh my god people are actually using it A feeling that resonates so vividly in the heart of any startup hooking their first customer.
Even though Roomba has only sold $9 million to date it is the number one vacuum sold in Spain. Thats something, if only bragging rights.
Now that Roomba is a household name, putting everything and the kitchen sink into iRobots next robotic vacuum cleaner may not be the best idea. Angle cautions Finalists that its best to listen to your marketers to know what sells. Roomba expanded into different levels of vacuums creating a more lux model, showing legitimate differences between low and high end.
Angle is very upbeat about all of the antics around his little robot sweeping floors around the world. One of his personal favorites was SNLs spoof featuring the Woomba. It is a little risqu but after showing the video, Angle smirks and says, Is this good? He is just happy the vacuum gets recognition and people are talking about it.
In the midst of what may seem like unchanging constant peril, your dream starts somewhere. Whether it is inspiration from Star Wars and robots in space, to a robotic vacuum, it is important to be able to dream big and reach for the stars. Your initial idea may not be your end product, but dont forget to laugh along the way and take each and every form of success as a blessing.
Thank you Colin Angle for your inspiration! #MCEngage13