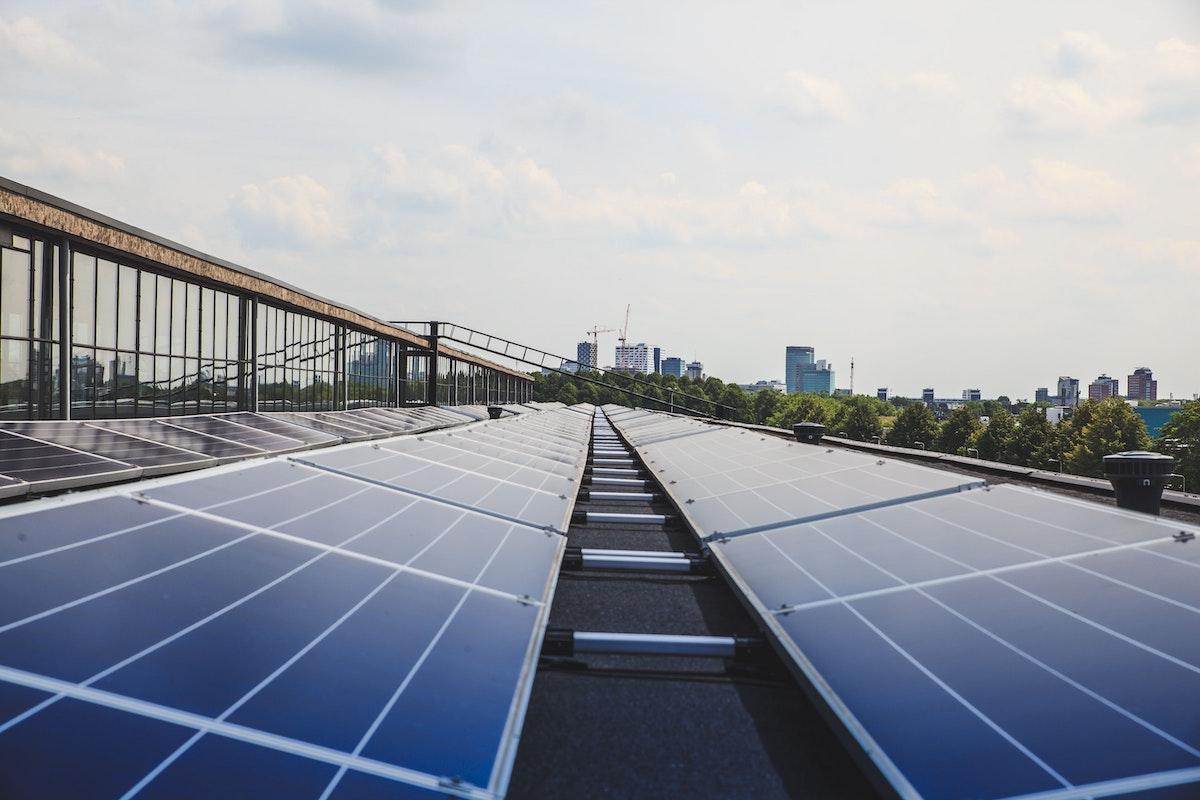 Climate change — “long-term shifts in temperatures and weather patterns,” as defined by the United Nations — has increased occurrences of intense droughts, widespread wildfires, and extreme flooding. Carbon dioxide, methane, and other greenhouse gases are driving this shift in the Earth’s climate, and human activities are the primary cause.

Globally, the hottest years on record were 2015 through 2021, signaling an alarming increase in greenhouse gas emissions. As scientists, environmentalists, and governments look for ways to reverse this trend, technology is rising to the challenge.

In this post, we’ll cover some of the global innovations in climate change technology and how they could stem the release of greenhouse gasses.

One of the primary climate change technology solutions is carbon capture — technology that traps carbon dioxide and either stores it or repurposes it. This technology is still in development, but some organizations are already putting it to use.

Net Zero Teesside (NZT) — named for the Teesside industrial region in Northern England — is a collaborative United Kingdom-based initiative involving major players in the industrial, hydrogen, and energy production sectors. NZT’s mission is to capture carbon dioxide produced by power plants and certain industrial processes, and transport it via pipeline to deep-sea storage.

A growing carbon capture technology is direct air capture (DAC), in which machines “vacuum” carbon dioxide from the air and store it in underground containers. As of November 2021, 19 small DAC plants were operating around the world, with a larger DAC plant anticipated to come online in the United States by 2024.

DAC technology is drawing attention from investors, along with companies like Microsoft and Shopify that have paid for DAC services in order to offset their greenhouse gas emissions. However, the cost of establishing a DAC plant remains a barrier to the widespread adoption of this technology.

The combustion of fossil fuels contributes to a large amount of carbon dioxide in the atmosphere. Technology to combat climate change includes alternative methods of powering vehicles that travel by air, land, or sea.

Ships account for 2.5% of carbon dioxide emissions globally, but efforts are underway in Sweden to create a ship that produces zero harmful emissions. The project — Gotland Horizon — could launch the first large hydrogen-powered ship as soon as 2030.

The Gotland concept is to use green hydrogen (derived from using wind energy to split water molecules) as fuel, producing only water in its emissions. Similar technology has already powered a ferry in Belgium and other small boats. The Gotland Horizon would be the largest hydrogen-powered ship, with the capacity for 1,900 passengers, 600 cars, and 100 trucks.

Airplanes burn large volumes of fuel and account for about 2% of global carbon emissions. Jumbo jets consume too much energy to be powered by batteries alone — the number of batteries required for flight, and their combined weight (an estimated 1.2 million pounds) means e-powered trans-Atlantic flights may not be a reality until a lightweight battery solution exists. For small commuter planes on short trips, however, battery power is feasible.

Boeing has been developing battery-powered aircraft, including a plane that could operate autonomously and travel up to 50 miles, and NASA has spent 10 years developing an electric two-seater plane with a range of about 100 miles. In 2021, a small Cessna with room for nine passengers flew on battery power for about 30 minutes, and a hybrid plane flew for 2.5 hours.

Private companies, including Tesla, are also working on electric and hybrid plane technologies.

Tractor-trailers, heavy trucks, and buses account for about 10% of vehicles worldwide, but around 50% of total carbon dioxide emissions. Long-haul trucks aren’t well suited to battery operation, based on the amount of battery power they’d need, and the frequency with which batteries would need to be recharged. Smaller trucks traveling local routes could be battery-powered, although charging stations would need to be more conveniently located — and in greater density — for fleets of battery-powered trucks to operate.

We anticipate seeing the growth of infrastructure that supports battery-powered trucks.

Agriculture is a necessity, but maintaining livestock contributes to greenhouse gas emissions. Innovators are looking toward meat alternatives and livestock care technology that could help reduce hazardous emissions.

One-third of all methane emissions comes from grazing animals that emit the gas through their mouths and nostrils as they digest food. Cattle and dairy farms are therefore some of the largest methane producers on the planet, but new technology could be poised to dramatically reduce livestock-based methane emissions.

Cargill, one of the top producers of agricultural products globally, and the Zero Emission Livestock Project (ZELP) have collaborated on the development of wearable technology that neutralizes methane as cows exhale it. In tests, this technology has shown a potential to reduce cattle-related methane emissions by 53%. The device, which is expected to launch in late 2022, also gathers data about livestock health.

Reducing dependency on livestock may be another way to slowly curb greenhouse gas emissions, and plant-based meats could help facilitate that change.

The process of “growing meat” in a laboratory involves a protein called heme that both plants and animals share. This protein can be extracted from plants and reengineered to produce foods that have the texture, taste, and color of meat.

McDonald’s, Burger King, and KFC are three of the fast food chains that are rolling out plant-based meat alternatives in select markets. McDonald’s partnered with Beyond Meat to create a meatless “McPlant” burger and tested the sandwich in some markets in Europe and the United States. In January 2022, McDonald’s announced it would add the sandwich to 600 of its locations in San Francisco and the Dallas-Fort Worth area in February.

Because fossil fuels generate an enormous amount of greenhouse gases, finding alternative energy sources will be crucial to reversing climate change. Several large-scale projects aim to harness more solar and wind energy, and projections indicate that by 2026, renewable energy sources will amount to 4,800 gigawatts — that’s equivalent to the power generated by all nuclear plants and fossil-fuel plants in the world.

Solar power is not a new technology, but today’s innovators are looking at ways to use solar energy in locations that are too densely populated or too rugged to support large solar panel installments. Floating solar energy stations may be the climate change technology that solves this problem.

In November 2021, South Korea launched its 41-megawatt floating solar power plant on a water reservoir. While not the first such plant in the country, it’s the largest by far, and also the largest in the world. The plant can produce enough power for 60,000 people.

Sustainable Marine is on track to launch the first floating tidal energy platform — Plat-I — in 2022. Harnessing the power of tides has historically been a challenge, because of safety concerns in turbulent waters and the difficulty of building structures in such areas. The Plat-I is a modular system that can be easily towed through just two meters of water, with a mooring system that allows it to flex along with tidal changes. It also features remote operation capabilities.

The platform underwent testing in Nova Scotia’s Bay of Fundy, known for having the highest tides on Earth. Once online, the platform will connect to an on-shore power station.

Technology and climate change will continue to be a focus globally, as countries collaborate on how to stem the flow of greenhouse gasses. We look forward to seeing the new technologies that emerge to solve this crisis.

MassChallenge has helped connect the problem-solvers of tomorrow with corporations and investors who share their vision for change. We are always in search of brilliant ideas, as well as partners that can make those ideas reality.