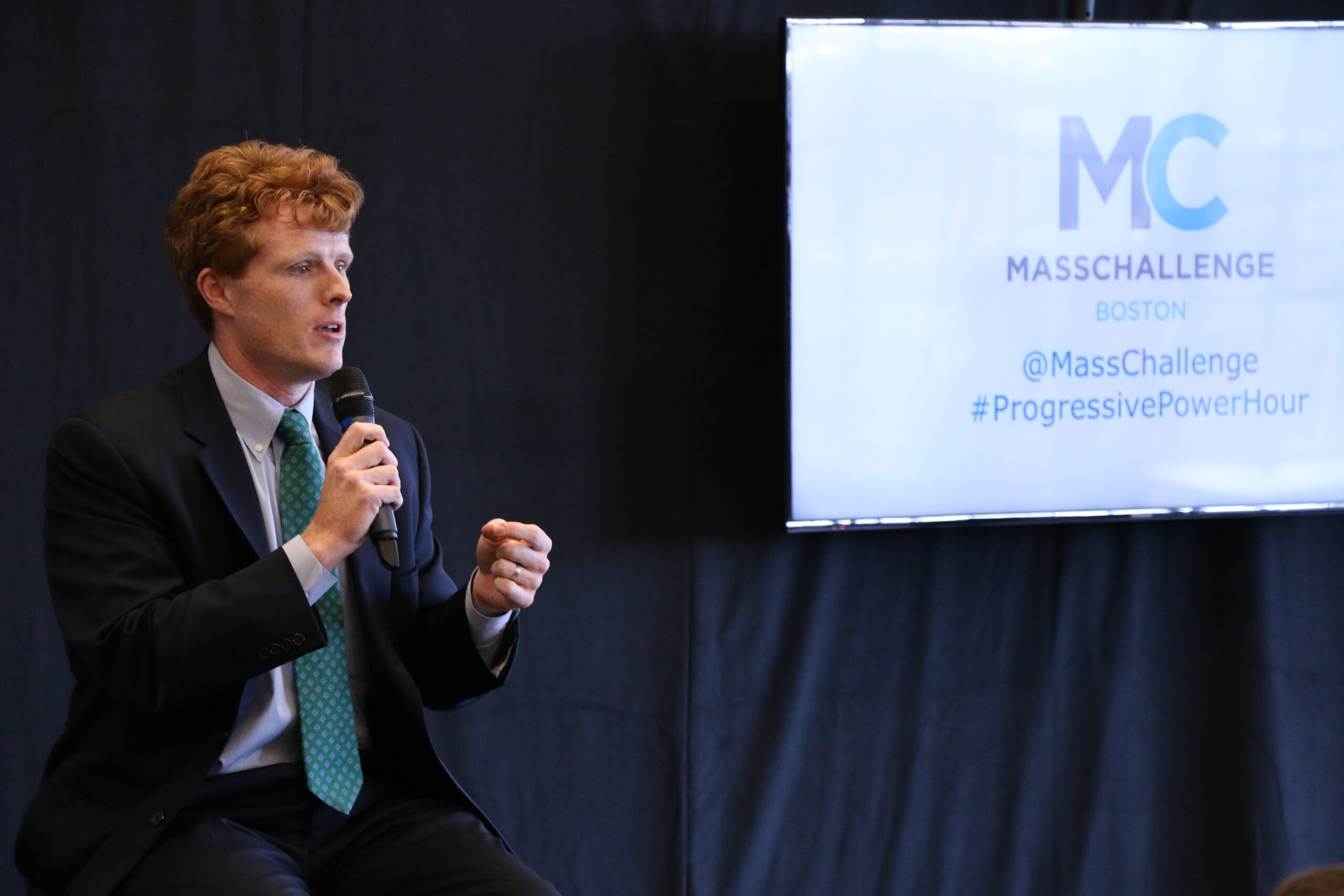 During the power hour, Kennedy covered topics including the void that MassChallenge aims to fill: a void of mentorship, education, and innovation, as well as all the challenges the government faces today to help entrepreneurs win. Kennedy called on the businessmen and women sitting before him to smell out a way to do it differently.
The bottom line up front is that it is better to focus on propelling ourselves forward rather than resting our fate on the painfully slow, frustratingly unpredictable monster that is legislation.
People like to demonize institutions that provide government funding, like the SBIR and SBA. Heck, people like to demonize everything that is politics. And while Kennedy asserted that some grants have gone through these government funding programs and been tremendously successful, it is more a question of political will and resources. The challenge is that you must consider how the failures compound with the successes. It forces the government into being too conservative with its spending.
So the question remains: Who should be providing the framework for starting a company, like MassChallenge does? Shouldn’t the government play a roll? While yes, the government has a responsibility to play their part, they also have a disability that we as entrepreneurs don’t have: legislation. Not all private investments are earth shattering if they fail. However if government dollars were used to fund these failed products, the public would be outraged. They need to be judicious.
But wait! The government isn’t a useless as it sounds! The government tries to combat this issue by providing access and promotion of resources, such as MassChallenge. They may not be able to reform the economy in one fell swoop, but they are doing what they can given their restrictions, and on top of that, they are open. They know that innovation is the future, and people like Kennedy are asking entrepreneurs for suggestions.
While it is the governments responsibility to use its influence to empower businesses, it is also the business communitys responsibility to use the governments support to empower themselves. It is as if we are sitting on the couch after a bad break up and, despite the governments offer to support us in our time of need, to go to the gym with us, take us out to coffee, listen to us vent and give us the best advice theyve got, we still blame them for not physically picking us up and carrying us to the gym, paying for that cup of coffee, for failing to change our pessimistic outlook into a positive one. Government is there for us and people are hesitant to embrace their support and channel it into the great things we are capable of.
There is a more effective way to leverage the power towards creating greater economic social mobility than what is currently being done and it involves working with the government, combining strengths, such as using their public platform to our advantage. There is a long way to go in achieving that goal, but weve got a great jumping off point. We just need to hold ourselves accountable for the social impact that we can create given our support system, resources and capabilities. Innovation is the future, which means we are the future.
Thank you so much to Congressman Kennedy and everyone who came out to the event to make it so memorable!