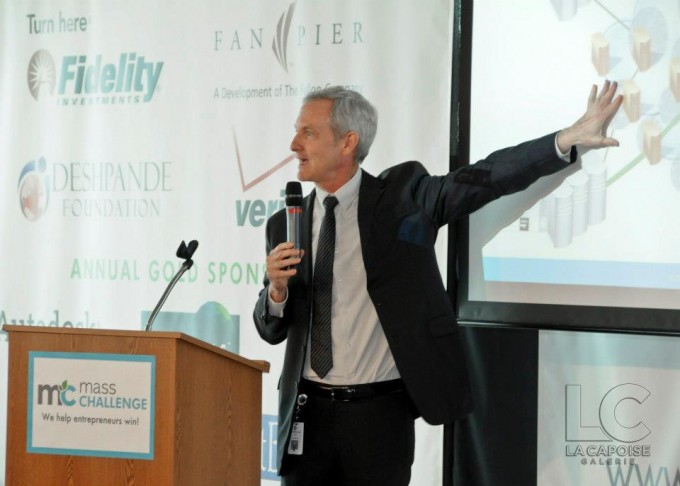 Stand By Your Values

Dr. Tom Leighton MassChallenge LaunchFrom the beginning, Akamai set out to build a company that provided customers with simplicity and reliability, but Dr. Leighton explained that simplicity and reliability can be difficult goal, especially when building a stable web presence. There are so many boxes that need to be checked to ensure content delivery: Web servers, local load balancers, application servers, SSL and Authentication servers, video streaming infrastructure, compression and connection management, IDS and IPS servers, DNS Secure and Ipv6 support, mobile device apps and mobile sites, and even third party content management! That’s a lot of boxes! Furthermore, there are many different networks competing for content hosting on the internet AT&T, Amazon, Verizon, Netflix etc. and not only do they compete with each other, they are also dependent on each other. This means that for any reason, one network could cut off another network, mitigating the ability for a website to efficiently deliver content.
Simplicity and reliability proved critical to early success for Dr. Leighton and Akamai. Akamai decided to take all of that content, and transparently mirror them on their own Akamai servers. If someone wants content, they can simply get it from the nearest Akamai-hosted website as opposed to getting it from the cloud-server which might be down. This proved useful when Apple released the trailer for Star Wars Episode One: The Phantom Menace in 1999. The Apple-hosted trailer site went down, as well as many other sites that had a bootlegged copy. The only copy of the trailer that worked was a trailer hosted by Entertainment Tonight using an Akamai Server. Steve Jobs was so impressed that he called wanting to buy the company.
If you can package something incredibly complicated into something efficient and simple, then there is a big market for it. Akamai never radically branched off from their core product and only expanded on it. By maintaining a consistent focus on improving their content delivery system, they were able to survive the burst of the dotcom bubble and still remain profitable in 2013.

Another important lesson for entrepreneurs from in the founding story of Akamai is to wait to take investment. Akamai turned down initial offers from venture capitalists that approached them after the MIT 50k Business Plan competition. Leighton and his co-founder, Daniel Lewin, weren’t completely satisfied with their business plan at the time and decided to hold off investors.
Dr. Leighton explained: If we were really going to do this it would be successful. And we weren’t going to do it to flip the company and go home and be happy. We wanted to make a difference with technology.” He advised against jumping at the first opportunity for investment. Instead, entrepreneurs should prioritize timing to build a business plan and vision and confidence in the steps along the way.
Great entrepreneurs don’t build companies simply to make money. If you put hard work in your company and do it for making a difference in the world, you’ll be infinitely profitable and create real global impact.