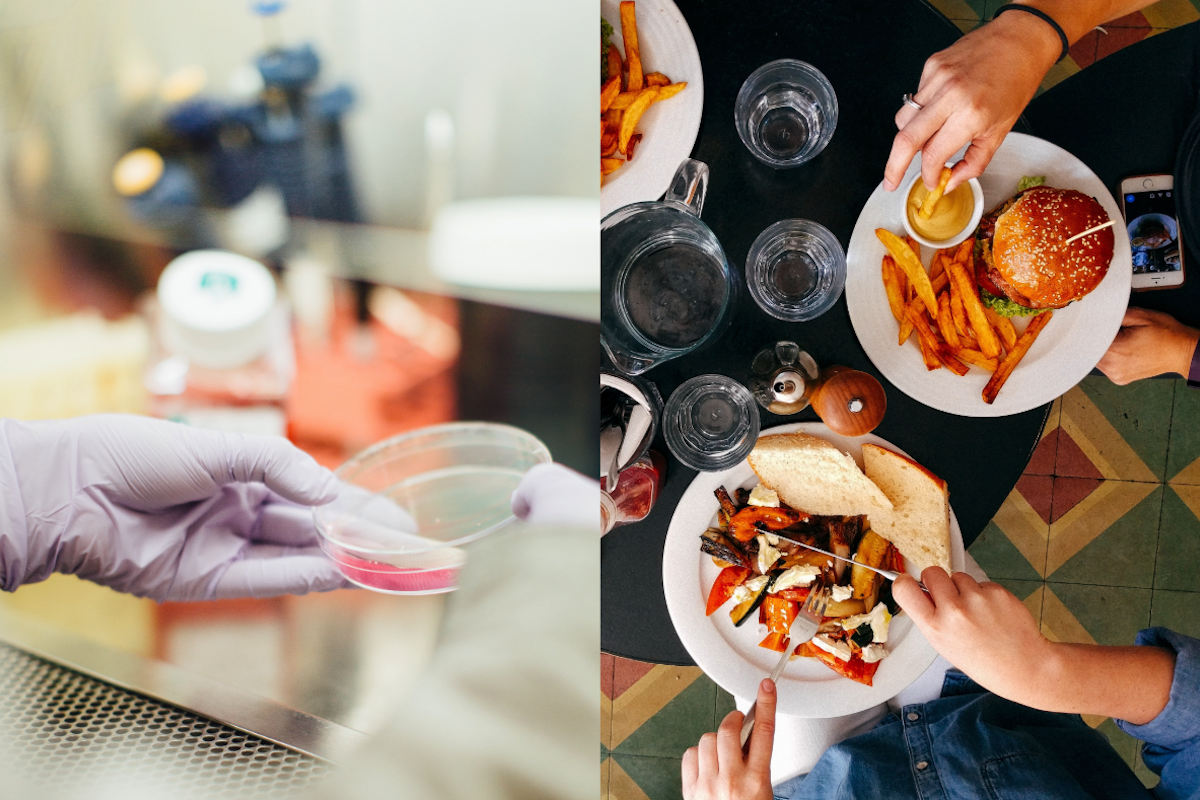 In addition, On April 1st, publications like Vox and The New York Times covered a new announcement from Burger King as a pretty significant event. The announcement? A meat-free Whopper, now available.

These headlines read as follows:

In fact, 2019 has delivered a wave of attention to the nascent alternative meat sector.

To some, many even, these may read as easily dismissed reports. What are we talking about exactly? A veggie burger? Though not incorrect, the recent flurry of media attention on the alternative meat initiative is covering a greater push than simply offering a veggie patty.

For starters, the approach and technology of alternative meat creation has changed. It has advanced in both the science involved and a bit of the ideology, too.

Impossible Foods, one of the more popular startups (along with Beyond Meat) and the ones behind the new meatless whopper, have the goal to make meatless alternatives, but not solely in form.

“We started with a simple question. ‘What makes meat taste like meat?’ Then we took everything we know and love about meat, and made it even better – using plants,” says Impossible Foods’ website.

Their meatless burgers have even been described as “a plant-based burger that bleeds.”

The emphasis on recreating and respecting, the, to put it bluntly, carnivorous experience of eating meat is what is distinguishing their product. In the New York Times article, it was reported that the Burger King CMO, Fernando Machado, stated: “People on my team who know the Whopper inside and out, they try it and they struggle to differentiate which one is which.”

And this reaction is exactly what the CEO of Impossible Foods, Pat Brown, wants: “Our whole focus is on making products that deliver everything that meat lovers care about.”

Through meticulous study and creative technique, Impossible Foods is crucially not trying to make a good veggie burger but to create a near indistinguishable meat-less burger. Semantics, yes.

But how? Nuance. One such nuance is maintaining a type of “juiciness” both in texture and complexion, by adding a form of beet juice to mimic the red, well, bloodiness.

And investors have taken serious note. At this point, Impossible Foods has generated over $400 million in funding. “I have high expectations that it’s going to be big business, not just a niche product,” stated the CMO of Burger King.

And Impossible Meats isn’t the only plant-based meat replicator. Another established company is Beyond Meat. They have a similar mission statement:

“At Beyond Meat, we started with a simple questions. Why do you need an animal to create meat? Why can’t you build meat directly from plants? It turns out you can. So we did.”

With a variety of different products and even celebrity endorsement from the likes of the NBA’s Kyrie Irving, Beyond Meat is looking at over a billion dollar valuation. As of this writing, they have yet to go public, however shares are projected to go for $19 to $12 each.

About 8% of the American population identify as vegetarian or vegan. That may seem small, but it equates to roughly 26 million people. The UK has a similar demographic with about 12% (8 million people). And this change has been rapid with a 600% increase in veganism among Americans over the last three years.

However, the biggest underlying factor comes down to, simply, sustainability. The population continues to increase exponentially, and by 2050 we’ll need to globally produce twice as much protein than we currently do. Livestock can’t really sustain that.

Though it has been joked about among some political sects, livestock creates about 15% of global carbon emissions, which is about equal with global car emissions. Beef, in particular, has the biggest carbon impact.

Concerns like these, in addition to the ethical conundrums of animal rights, have driven more and more individuals, specifically the generations that will inherent the future, to be significantly more diet/consumption conscious.

To tackle these specific concerns, there’s been another surge of innovators, scientists, and entrepreneurs of a similar mind to the founder of Impossible Foods who have begun their own startups.

The difference? Instead of replicating meat with plant-based ingredients, grow the meat with regenerative cellular technology in a lab, sans livestock.

One of the more futuristic developments in the alternative meat industry is the recent capability to grow portions of meat in the lab. This technique has been labelled with several different names – sometimes cultured meat, lab-grown, cell-based, or clean meat.

The, for the moment, preferred term from these startups is “cultured meat.”

The concept of cultured meat has, at least, a near century long lineage. A now prescient statement from Winston Churchill in 1931 goes “With a greater knowledge of what are called hormones, i.e. the chemical messengers in our blood, it will be possible to control growth. We shall escape the absurdity of growing a whole chicken in order to eat the breast or wing, by growing these parts separately under a suitable medium.”

He was off on the timeline, predicting a 1980ish delivery. However, now in the 21st century, and really only the past few years, there has been a breakthrough in this technology to where servable portions of chicken, beef, and fish are being produced regularly.

There is even a restaurant, apparently, in the Netherlands called Bistro in Vitro that is the first to exclusively serve cultured meat.

The approach at a very high level is, you take a small sample of say, beef, and use cell regenerative technology to reproduce large quantities of that beef. Simple.

Wired explains the breadth of the endeavor below:

While the first few iterations of this technique produced nutritional, cellularly replicative meat, the price tags were extremely high coming in around $18,000 per pound in 2016. But just a year later that price was cut down to $2400 per pound. General predictions are that in about 10 years, cultured meat startups could produce at current market prices of livestock.

Who are these startups and what problems do they face?

Below are a few of the biggest names developing cultured meat and a little bit about them.

Based out of Memphis, they’ve raised $17 million in funding after launching in 2015. Their mission statement reads as below:

An Israeli-based startup that focuses on lab-grown chicken. They have recently reached over $3 million in funding.

Based out of the Netherlands, Mosa Meat specializes in lab grown beef. In 2018, they raised over €7.5 million.

Based out of Silicon Valley, Finless Foods focuses on producing clean fish. They started with goal on creating bluefin tuna to help ease the burden on the high-demand fishing practices have on the tuna population. In 2018, they announced raising $3.5 million for funding.

Like Impossible Foods or Beyond Meat, Just is a plant-based meat alternative that has recently been developing cultured meat processes. In 2014, after their Series C funding, Just had an accumulated total of $120 million in investments.

The three main problems these startups are encountering are 1) scalability and market price, which we’ve already touched on, 2) taste/ texture and 3) concept/ marketing.

The taste factor is something that is still in development. While the cellular structure is the same, there are certain textural factors which are not the same. The Atlantic described the problem Finless Foods was having:

“For Finless Foods, a major hurdle is texture. It aims to make cultured bluefin tuna, which in animal form glistens like raspberry jam and springs back like a wet sponge. ‘I will not say we’ve fully solved that problem, because I’d be totally lying,’ [Michael, CEO] Selden said. The few journalists who have tasted the product were served a carp croquette that one reporter described as having ‘a pleasant aftertaste of the sea, though not fish as such.’ ”

These types seem to be consistent across chicken and beef, but, as with an early product, tweaks and adjustment are continuous. Some are further along than others.

The other problem is simply how to talk about it. A lot of people out there may shrink back a little at the notion of eating chicken grown in a lab. Most of the founders and employees at the startups would immediately argue back, any meat you buy at the grocery store goes through a lab at some point to be cleaned and/ or packaged – what’s really the difference? And they’re mostly right.

However, for the moment the focus is on making a scalable, quality grown source of protein that the people enjoy. It’s mostly agreed that the words used to talk about the production and sourcing will probably change a great deal over the years and evolution of cultured meat.

This is all to say, at some point, we may look back at livestock farming as rather crude, as archaic. Until then, look out for plant-based meat options in a grocery store near you.