Finding Your Mission and Vision 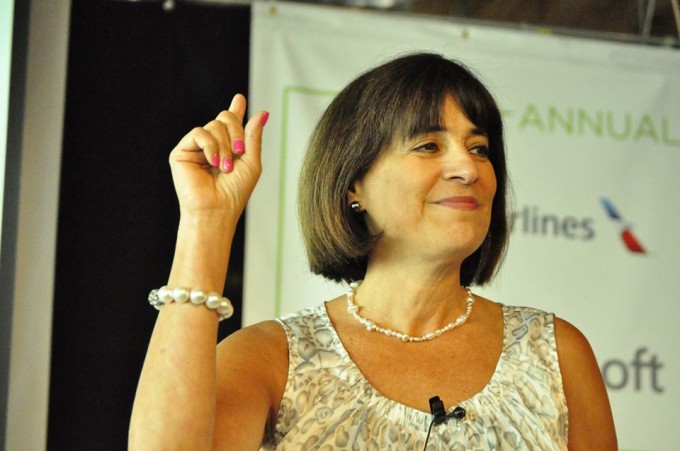 During her talk at the boot camp opening, Diane focused mainly in company mission and vision and helped the 2013 MassChallenge Accelerator class begin to think about their own. Here are ten advice points on mission and vision, communicating these critical points, and general startup advice from Dianes talk:

1. Think less about what you do, and more about why

Referencing the famous TED talk by Simon Sinek, Diane urged the importance of thinking more about mission and what really drives your company. People dont buy what they do, they buy why you do it.

3. Articulate the problem youre trying to solve

People are more connected to you if they know they have, or know someone who has, the same problem. If they see this legitimate problem, theyll feel more attached to you and your business.

4. Make an analogy Amazon.com of…

If others can relate your company to a company or service they already know, it allows them to understand you a lot easier.

5. Test it on target customers – See if they nod their heads.

Now that you have the pitch and terminology of your mission and vision it is important to see how people react to it.

6. Dont fall in love with the first mission you come up with unless youre getting that twinkle in peoples eye

While you test, actually collect results and make changes as necessary. Keep your mission fluid and allow it to move as you move.

7.  The best thing I can say about vision, use it to energize you – Someday I will see them and theyll say uhhh I cant believe I didnt give you money.

Having this vision requires passion. Diane realized how critical this passion is during an interview with Gillette. After the interview, the interviewer then asked if she had any reservations about the position. She began thinking that she would be going home every night knowing that she was marketing deodorant every day. For vocalizing this, the interviewer revoked the job offer on the spot. He told her if she wasnt passionate about the position she had no place doing it. From there, she saw that she needed to focus on the things she had passion for.

8. Having one mentor is overrated –

Don’t pick one, get em all There are 50 men in the city of Boston who think they are personally responsible for my success… Im ok with that.

As a quote from Jean Paul Getty, Diane reminds everyone to never lose sight of the hard work that matters. She also reminded everyone to be grateful for others hard work. In her time with one startup, the company was eventually acquired and she found herself in an office overrun with high energy. The CEO of the company, so proud of everyones hard work, personally went around and handed out checks, thanking everyone and expressing his gratitude as he went.
Diane realized this was the day she wanted have one day. She wanted to someday be in the shoes of that CEO. This was the attachment and gratitude she wanted to feel for her employees.
Diane eventually found herself in that position. After finding great success with her own venture Communispace, the company was acquired by Omincom group and she was finally able to express this gratitude to her employees in a similar fashion. She described this moment as her day and encouraged the audience to think about it not for yourself but what kind of day do you want to have, what do you want to do for your employees, what do you want to do for the people around you.
Diane gave invaluable advice to the MassChallenge startups to kick off Boot Camp and we thank her so much for it.