Forget the red bull – get a hug 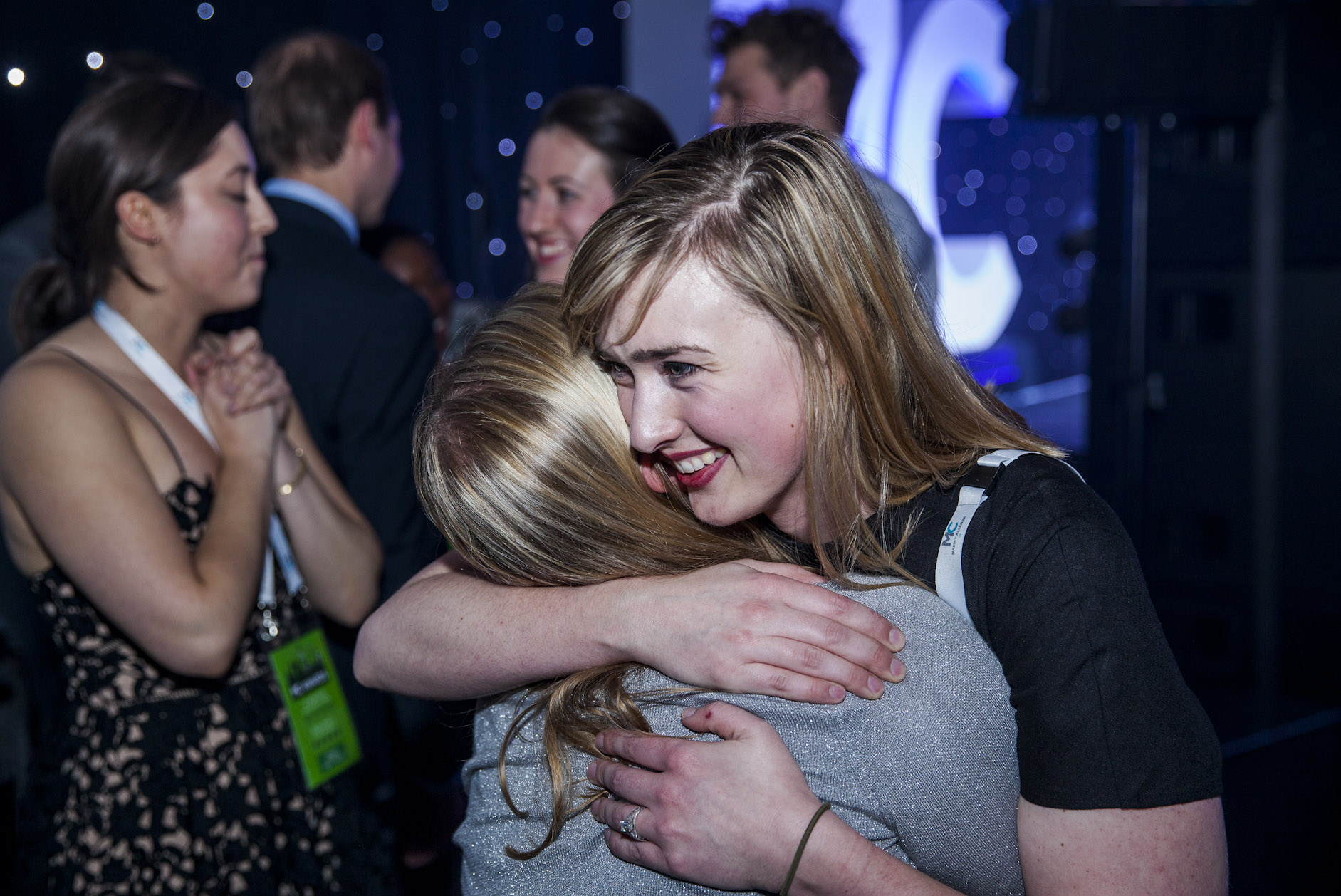 I remember talking with an entrepreneur who came through the accelerator I was involved with previously. Of all the things that this entrepreneur remembered and valued from his time at our accelerator, it was that when he was feeling down or stressed, I would be there with some encouraging words and, crucially, a hug.

The other day, one of our new MassChallenge startups saw me hugging a colleague who was visiting from another one of our locations. He raced across the room and said, “I see you’re giving out hugs here and I’ve come for mine!”

This is very telling, because hugs do many things for us — not only do they give us a sense of belonging, warmth, and safety, the real power of hugs is that they release happy hormones.

It is a scientific fact that hugs produce oxytocin – and fast. This flow of oxytocin calms your nerves, and increases empathy and happiness – its sometimes known as the love drug or the cuddle drug.

So how does it work? The flow of oxytocin actually lowers your blood pressure and your cortisol (which we produce in bucketloads in times of stress), and also increase our sense of social belonging.

According to psychologist Matt Hertenstein talking to NPR, Oxytocin is a neuropeptide, which basically promotes feelings of devotion, trust, and bonding. It really lays the biological foundation and structure for connecting other people.

Hugs are also known to produce endorphins that relieve pain by blocking certain neural pathways and also improving circulation. It can also increase dopamine levels, giving your mood a lift if youre feeling down, or lifting you further up if youre up, not to mention stress relief and general health. A study by Carnegie Mellon University found that hugs can actually help stressed people from getting sick. Hugs really are the wonder drug!

The healing power of hugs is widely written about, but mostly with respect to hugging loved ones like your children, partner, or elderly relatives. The world definitely needs more of that, but what Im talking about here is hugs for entrepreneurs – some of the most stressed out, sleep deprived people around. Of course some people dont like to hug it out or others might think its inappropriate in the workplace, but Im here to tell you that that s*@t works. Better than a video game, better than a Red Bull or a cup of coffee, better than a good old fashion whinge.

Next time you see a colleague or an entrepreneur looking a bit down, or just because, give them a hug.