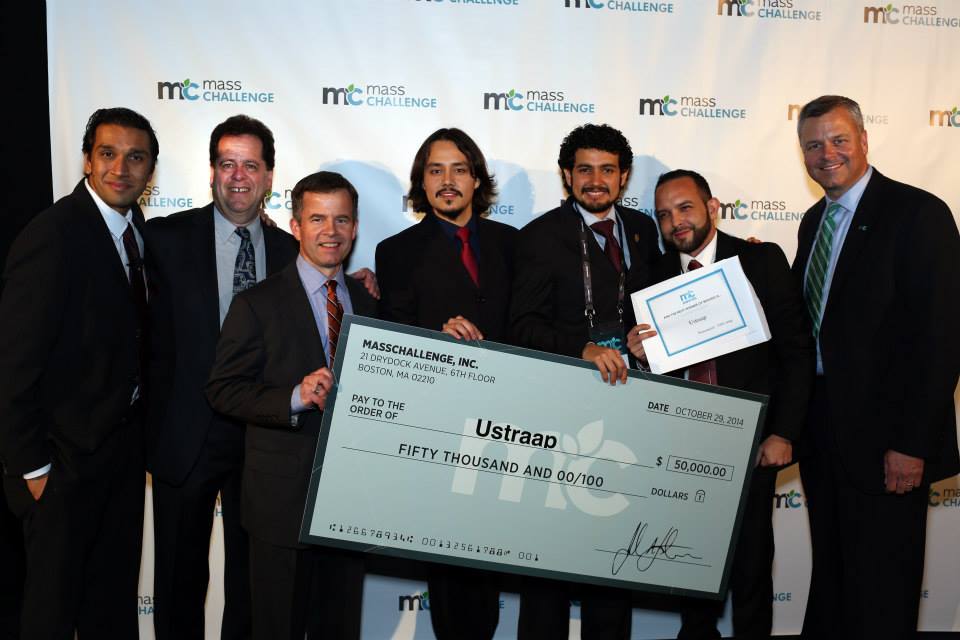 Here are a few of the emerging trends I will flesh out in this post:

Quantifying The Data: Trends in Series A Fundraising

Raising a Series A is becoming increasingly difficult due to the proliferation of Seed-funded startups, competitive Seed round financing, and heightened growth expectations that come as a result of larger Seed rounds. To many those veterans who have invested through multiple market cycles, this new industry paradigm is encapsulated in the adage- Seed is the new Series A. As Manu Kumar explains in a retrospective piece, What was being referred to in the press as the Series A Crunch was not due to fewer Series A deals, but too many Seed deals. This over-funding at the seed-stage created an increased supply of companies looking for Series A.

Research has pegged the Seed-to-A success rate as low as 27% with some much higher conversion rates–around 70%–at the top VCs. Despite the large standard deviation in fundraising conversion rates, a truism emerges from the scattered data: raising a Seed round is a diminished benchmark and no longer a guaranteed gateway to securing an adequate A round. While more and more capital is being deployed on an absolute basis, the growth trajectory of domestic deal volume is actually trending downwards on a relative basis over the past year (Q2 15 vs. Q2 14) and especially in regards to early-stage rounds–though A round volume has seen a very small increase. To word this in a different way, more money is flowing into less deals. If you have 20/20 vision, you may be able to visualize these stats below. As an aside, later-stage (B-H round) deal volume has significantly increased in both quarterly and YoY volume–unicorns galore.

As it pertains to Series A rounds, through this data, one can deduce that despite unwavering enthusiasm for VC investment, early-stage volume growth is falling on a relative basis due to the near-universal increases in round sizes and expectations. The small YoY increase in Series A deals thus most likely has more to do with the increased volume of startups who have received Seed financing and are in a saturated queue for follow-on fundraising rather than any trend in the barriers being lowered for attaining Series A capital. Here is a great summary of the current fundraising landscape from Mattermark to bring home my point: Deal volume has decreased by 39 % in the past year. Interestingly, there is a negative correlation between deal volume and total venture capital deployed in the past year. This relationship suggests that investors are favoring less frequent, but larger investments. This investment style is further supported by average funding amount trends.

Continuing with some excellent research from Mattermark, July 2015 saw a 39% YoY overall increase in median round sizes with Series A rounds seeing a 46% increase over that span. Yes, that is an insane statistic and explicitly corroborates the notion of the glaring funding gap between Seed and Series A. To quantify this, July 2015 saw a median Series A round size of $7M as compared to $4.8M in July 2014. That is a staggering increase and one which directly correlates to increased traction expectations shouldered by startup founders if they hope to be the benefactors of that $7 million in funding. On a year-to-date basis (Jan-July 14 vs. Jan-July 15), a similar trend exists with Series A rounds growing 33% from a median round size of $4.2M YTD in 2014 to $5.6M in 2015.

Since 2008, the average Series A round size has increased 68% with nearly all of this increase occurring between 2011 and present. Interestingly enough, the average round size has been significantly higher than the median round size throughout the entire time frame–most likely due to some very large outliers. The average peaked in June 2015 with 33 of the prior 90 deals bringing in greater than $10 million. More here.

Incredibly, when Mattermark narrows its Series A sample size to cover the 25 most active Series A investors by median round size in 2015, the median skyrockets higher. Seven of these funds have a median 2015 Series A round of over $10M with Redpoint Ventures topping the list at $16M!!!

These days, it is not uncommon to see Series A rounds well north of $20M–Wayfair raised $165M in 2011. Though of course, with this trend towards gravity-defying average and median round sizes comes the perfectly justifiable expectation that founders will turn said capital into resources necessary to achieve and surpass lofty growth milestones.

Based on data from Josh Koppelman of First Round Capital in his annual letter that is now public, over the past decade, Seed-stage valuations have increased at a 20% YoY clip. Assuming compounding and taking into consideration a pretty large standard deviation on a year-to-year basis, this means that the average Seed-stage valuation in 2015 is approximately 3-5x higher than it was in 2005 (reflected in the ever-higher Seed round raises we can come to expect these days.) While not growing at quite as aggressive a clip, Series A rounds, as I mentioned above, are expanding at a similar exponential rate, as are later rounds.

We can we make of this data? The logical interpretations are:

1. Investors are voracious and their appetites for startup investing have led to a huge influx of private capital. Total Seed-stage volume (as mentioned above) is actually decreasing YoY whereas deal size is consistently increasing, creating pressure for post-Seed startups struggling to meet the demands required of a much larger Series A round.

2. Because of enormous inflows of capital, the trajectory of early-stage valuations/round sizes is justified on the simple premise that the growth is demand-based (a glut of investor capital instead of a lack of promising startups).

3. Based on the fundamental principle of portfolio theory, taking on increased risk should lead to increased rewards, i.e. a higher probability of liquidation events like an acquisition or an IPO. To quantify this, if an investor is willing to put up 3x the capital for the same % of ownership as in 2005–an inherently risky proposition–by simple logic, he/she should expect a 3x greater return. As an example, think $1M invested at a $4M post-money valuation vs. $3M at a $12M post-money. In both cases, the investor has a 25% stake; this is where the similarities end. Assume, for easy arithmetic, that both companies are sold for $48M and there was no dilution after the investment; both investors receive $12M–awesome! But wait…for the same initial investment, the former investors return is 12X whereas the latter investors return is 4x. This basic example exemplifies the law of diminishing returns and proves that the allure of pumping money into hot deals with artificially inflated valuations does not lead to marginally higher returns.

…Are Any of These Interpretations Actually Grounded in Reality?

The first statement is completely true–the data is there and this is easy to quantify.

The second statement is questionable because its current application is inherently flawed, as I will soon explain. Sure, the essence of market economics is represented by the supply and demand relationship; if demand outstrips supply, prices will rise. However, this does not accurately represent the present state of Venture Capital investment because despite unprecedented levels of capital, there is also an unprecedented amount of supply in the form of the fecund startup ecosystem. Hopefully this implies that the economy is healthy and capital is aplenty rather than a case of Alan Greenspans Fedspeak- irrational exuberance. Regardless of the answer, conjecture regarding the health of Venture Capital is not the point of this post-more here if interested. Because of deal size inflation, it seems as if the supply-demand relationship is out of whack and the fulcrum balancing the founder-investor relationship is skewed, creating more leverage on one side.

The difficult question which arises here is- which party holds the leverage, representing the ball on the left? The neutral though circumlocutory answer to this question would be this; in an ideal world, the fulcrum will return to center and both founders and investors will reap an equivalent ROI on the inflated level of capital provided during these early rounds. In the real world, the answer is situational, though the Series A Crunch would imply that leverage is kept in the hands of the investor.

Lastly, the third conclusion above is the central thesis behind deft portfolio management–increased risk should lead to increased reward–and though qualitative, its validity has survived the test of time. Interestingly, while private investors follow this mantra in principle, even the most successful VCs are prone chase hot deals, allowing risk to greatly outweigh potential reward. At least in 2015, the justification for taking on increased risk via larger checks for a static equity stake is fragile at best, as the pipeline of liquidation events has stagnated.  Simply put, these unicorns are not going public. More and more make it into this stratospheric stable of three-comma stallions, yet less and less feel inclined to depart.  Who knows what the future holds, but as of now, the mythical herd of unicorns has an electric fence around it, diminishing the opportunity to be set free. Learn about the plight of the much-vaunted unicorns here, here, and here!

Ive provided you with a lot of information, both quantitative and qualitative. Philosophizing about the future of early-stage fundraising is an exercise in futility, so instead of providing you with the laughably-vague equity analyst projection of bear, base and best case, stock A might drop 50% or might gain 40% but will most likely return between -10% and 10%, Ill simply reiterate the main points of my post.

Chasing hot companies does not equate to being a discerning investor. By falling victim to the herd mentality, investors not only add unnecessary exposure to both business and market risk, but more importantly they help fuel dangerously inflated valuations for early-stage companies. This is a vicious cycle, ironically catalyzed by wealth-creation since the end of the recession. As institutional funds grow, VCs must by contract deploy a majority of their capital (rather than sitting on a depreciating pile of cash) into deals to appease return-hungry LPs–neither party is at fault for wanting to generate future value. However, the pressure to deploy ever-increasing capital then forces VCs to compete for deals by offering larger checks and invariably boosting round sizes. Eventually the burden of achieving lofty growth milestones can outweigh the tangible value of achieving a higher valuation during Seed and Series A rounds. Thinking critically about the location of the fulcrum point which balances the investor-founder relationship is key to achieving a realistic equilibrium between valuation and growth milestones, helping a founder to raise the appropriate amount of capital. Here, risk/reward are in harmony:

Unfortunately the equilibrium above is a rare occurrence whose scarcity is accentuated by the emerging trends in startup financing. Alas, we have the current problem: an expanding gap between acquiring Seed and Series A rounds where growth milestones begin to diverge from capital runways and serve as a lengthening fissure rather than a bridge to success. Is this a universal problem? Not at all. Can this be an issue for many great companies who fall outside the sweet spot of consumer tech raising money in the coastal VC hotbeds? Certainly, because trends within these insular parameters reverberate across the country and globe where access to capital may be limited, though where the heightened growth bar remains the same. If you disagree, you are not alone.

I hope you enjoyed this, or at a minimum, absorbed some tidbit of useful information.