The Good and the Bad: Lessons Learned (so far) from the Electric Scooter Boom 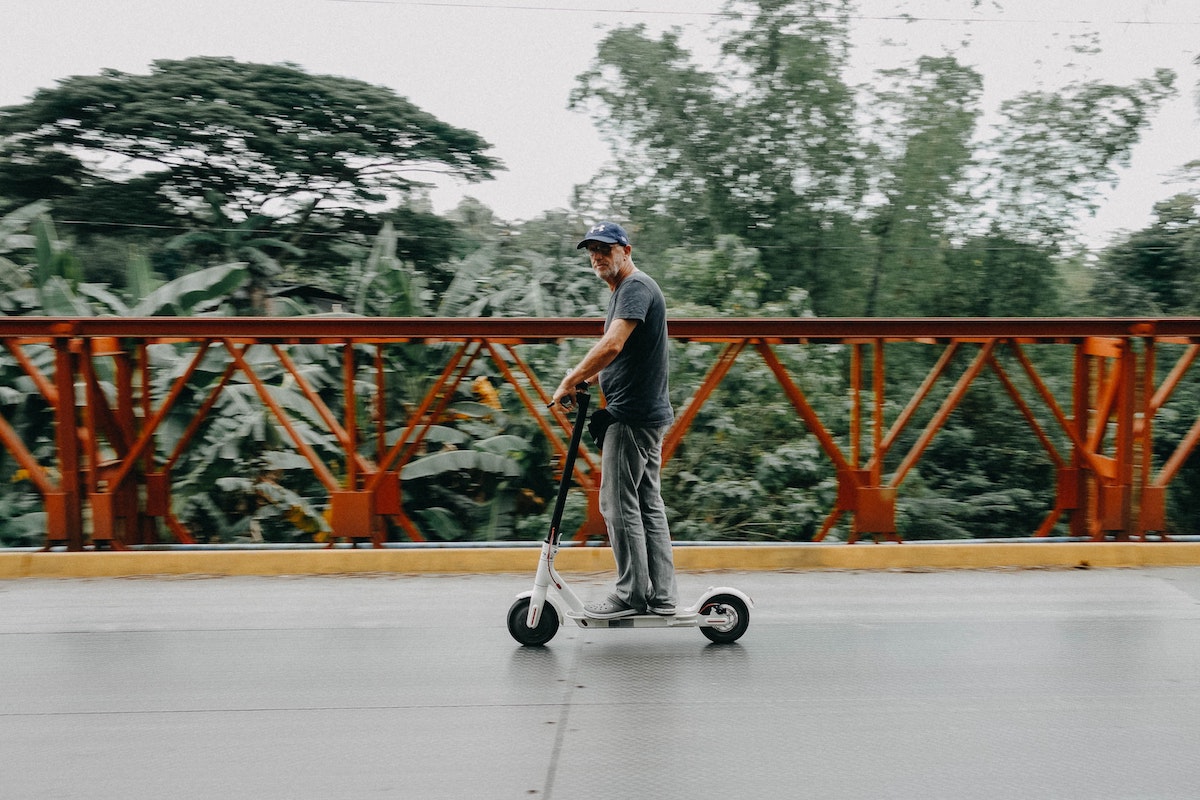 “Does anyone know when the pedal assist bikes are arriving in Brooklyn?” Was a question I recently heard at a friend’s place in New York. “They’re already in San Francisco, they should be showing up on the streets here soon.”

This question did not strike me as odd, but rather a natural, expected progression from what we’ve all been bearing witness to in urban communities – the nascent, but popular takeover of quick temporary transportation.

The case in points: Ridesharing in Uber and Lyft (obviously), Zipcar, Getaround (an app for sharing your personal vehicle with others), the ubiquitous Bike Share programs which will start to distribute motorized pedal-assist options for even more speed and less effort, and of course, now, electric scooters.

The relatively recent scooter arrival is the more intriguing case study. Partially because it has generated large public opinion in both negative and positive directions, but, and maybe because of this, it encapsulates the movement in a unique way – the zeitgeist, the technology, the demand, and the balance of adaptation (quick for people, slow for legislation).

While much has been written on the subject already, there are several broad stroke lessons that, collected together, can help give clarity to the big picture.

There’s a huge demand for quick, easy, and temporary urban transportation and dockless scooters are exposing that demand. The distance in between subways or bus stops, from home to work, or to grocery stores, bars, and restaurants, even in a city, are not insignificant.

Here in Boston, proximity to subway stops is a prime real-estate factor, and sometimes it can take upwards of 20 minutes to walk to one if you need to live in a more affordable location. What would take 20 minutes on foot can be covered in closer to 5 minutes with a scooter.

It even points out the short comings of docked bike-share systems where stations in high traffic areas can fill up quickly and leave no openings for arriving riders. For many, this is a primary reason of not using bike-shares.

The demand also opens up questions of modern urban infrastructure, which is primarily automobile and pedestrian serving. While this can create frustrating current scenarios, it’s an exciting opportunity for innovators and municipalities to creatively rethink how we view roads.

Emphasis on Not Needing to Re-invent the Wheel(s)

The scooter is a way simpler, less strange looking, and more mobile Segway. And this is much preferred. When the Segway was unveiled in 2001, there were bold, almost hysteric predictions of its future impact like “would be more important than the internet.” It didn’t come close to sticking that landing due to a variety of reasons including an out-of-reach price point for most, but also because it was awkward. It was heavy and not very agile, unfamiliar looking, and made everyone just too tall and visible.

A scooter is familiar, and slightly nostalgic to millennials who grew up with Razor scooters, and it’s lighter, cheaper, and much sleeker in terms of blending in with the general flow of pedestrians and traffic.

While efficiently storing and transferring energy continues to be unsatisfactory for big, macro changes in consumption, the technology is getting better and better. And research in this area is getting increased emphasis.

This is really good for innumerable reasons, but among a few are our own personal devices like phones and computers, but more broadly, harnessing and preserving energy created from the likes of wind farms and solar panels. This is also helping light and agile scooters have motors.

The bigger takeaway here, however, is that as battery technology improves, engineers and entrepreneurs should let their imaginations open and try to conceive convenient solutions to many inconvenient problems. One of those happens to be getting from the relatively short distance between point A and B in urban areas, but there is no shortage of additional, similar problems to solve.

Innovation Is Way Faster Than Legislation

The scooter inundation happened quickly, seemingly overnight in some cities, which is a marvel when you stop and think about. One day there were just slow-moving people, some pedaling bikes, the next they were zipping around and leaving their small vehicle where ever they wanted. From one angle, it’s almost utopian: Need to get around? Grab that scooter on the ground there and when you’re done, leave it.

However, municipalities tasked with creating order in a chaotic world can’t afford to look at it this way. Many responded just as quickly by banning dockless scooters and bicycles, at least temporarily. This is a symptom of the way big, successful ride-share companies have taken to the model of “ask for forgiveness instead of permission.” The reason for this is because legislation is slow.

Take, for example, retail marijuana. Legalization passed in Massachusetts in November 2016. It is now September 2018, zero stores have been allowed to open. It’s unfortunately the same for infrastructure, where America is falling behind several other countries in quality and efficiency.

But for a country increasingly embracing disruption and new markets, what are innovators supposed to do? Because the scooter startups went with the “ask for forgiveness instead of permission” approach, citizens got a chance to try it out, and this forces legislators to act faster in order to satisfy their constituents. This is a bit of a backwards situation where governments should, instead, be seeking out these new modes of transportation for their citizens, and not the other way around.

Due to both the speed of their arrival and the total lack of precedence, riders of dockless electric scooters have no model behavior to follow. With total freedom can come irresponsibility: Scooters have been left piled up on sidewalks, thrown into rivers, blocking wheel chair ramps, and creating unsafe conditions traveling on crowded sidewalks.

The 2018 remake of Alfred Hitchcock’s “The Birds” pic.twitter.com/8EZvkUfbsO

With a better release model, scooter start-ups could prevent some of the annoying aspects by establishing a better etiquette, perhaps including more specific rules for where scooters can be left, and more education on safety. This is where legislation has to come in to govern, and they have by attempting to create guidelines about sidewalk and helmet use, but this is happening more retroactively and still needs a lot of work.

A Possible Bubble, or at Least Lack of Caution

Unchecked and shortsightedness can lead to a scary amount of waste and inefficiency. Without a more tempered sample size of rider behavior and frequency combined with an investor demand of growth, growth, growth can lead to a boom and bust scenario. Basically, here, two ingredients are needed: patience and data.

There are some remarkable images of heaping piles, and wide stretching fields of scrapped bike-share bikes in China due to a massive oversupply and unruly regulation in an article by The Atlantic.

Is there finally a future in the foldable helmet industry?

There’s a thing called a scooter bounty hunter. During the quiet hours of the night, for-hire hands comb the streets for low-battery scooters and get them charged by bringing them to stations or even their home. The pay ranges from $9 and $12 per scooter charged, and the debate of whether this type of gig job is actually positive for workers continues here.

However, a scooter bounty hunter is actually a person who goes after a scooter that’s been dead and uncharged for a longer-than-average time, and thus the payout for that scooter increases. This can start to create a loophole problem if people try to scam the system and hide scooters to reap the large payout.

Like Hollywood and blockbuster remakes, investors will double down on popular trends until there are shown not to. Right now, GPS-app transportation continues to be the Super Hero movie, obviously riding off the title wave of Uber. An influx of investment on scooters (there are already two “unicorns” in Bird and Lime), can take away from more creative investments like new structures and landscapes to support these new transportation methods.

Rethinking the way people get around a congested area is a positive pursuit. Maintaining the status quo is usually never a healthy system. The next step is rethinking the structure that accommodates transportation. Engineers, innovators, investors: think big, but smart! It doesn’t need to be a huge, alien concept that would take decades to create, and add too many further questions to ponder:

Think better train systems, bus technology, smarter road features, more diverse options, featured or raised bike lanes, highspeed rail trains that connect communities. Think how to create a sustainable, progressive work force. Think how you could better work with legislators and not against them. Let’s get the scooters on the roads, but in the best way possible.