Here's What We've Been Reading 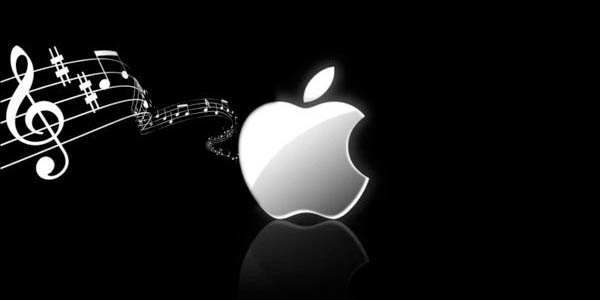 Why we read it: Machine listening is an extremely efficient method of categorizing music based on certain parameters, but can it emulate the nuances of human musical taste? Googles new music service is attempting to bridge this gap with a hybrid of machine and human input while battling the likes of Pandora and Spotify for online streaming supremacy.

Apple Music: Everything You Need to Know by Kory Grow – Rolling Stone

Why we read it: Apples much anticipated Apple Music service will be available today and will combine the companys enormous music catalog with a robust streaming service and human curated Internet radio and playlists. Perhaps the greatest selling point of Apples new service, however, is the companys decision to provide a three-month free trial of the service–love it!

Why we read it: Convertible notes (a hybrid debt instrument that can be converted into equity if certain financing targets are met) have been all the rage for the past few years when it comes to seed-stage fundraising. At the end of 2013, a pair of partners at Y Combinator had hoped to change the structure of early-stage financing when they introduced a security called a safe, or simple agreement for future equity, and the security is now finally becoming increasingly prevalent.

Why we read it: As serial entrepreneur Phil Beauregard explains, small business owners are always, and restaurants in particular, along with the GMs who run the functional services of that restaurant running aroundthey have a million things to do, a million fires to put out. Beauregard goes on to provide some excellent insights on how SaaS companies can make their product more appealing to the SMB market.

Why we read it: The co-living revolution has swept across the country allowing entrepreneurs and regular folks alike to form short-term housing communities with a variety of amenities at a (somewhat) reasonable cost. The concept has both pros and glaring cons–will it last as more than a trendy substitute to traditional leases?

Why we read it: “If you tell me you hate email,” he asserts, “then you’re telling me you don’t have control over your own life. Email is divisive by nature–we cant live with it but we cant live without it. This love-hate relationship is chronicled in the above article, highlighting how email has not only become a social construct, indicative of personal time management (or lack thereof), but has also become inextricably tied to our subconscious physiological desires, i.e. dopamine levels. Now thats scary!

Why we read it: Intriguing way to distribute content. Pages won’t be affected by this yet, but “time spent reading a story” is an interesting metric to measure.

Why we read it: For the CEO of a video service, it seems weird to me that he recorded a video in plebeian-tier 240p. Regardless, it’s a legitimately fascinating look into Evan Spiegel’s vision for the evolution of social media.

Lexus Has Created a Real, Rideable Hoverboard by Sophie Curtis – The Telegraph

Why we read it: Hoverboards–would you buy one?

Why we read it: A plate partitioned by food groups to help people lose weight? Whos to say anyone will abide by the rules?