How to Build an Innovation Ecosystem (They Are All a Little Different, and This Is Good) 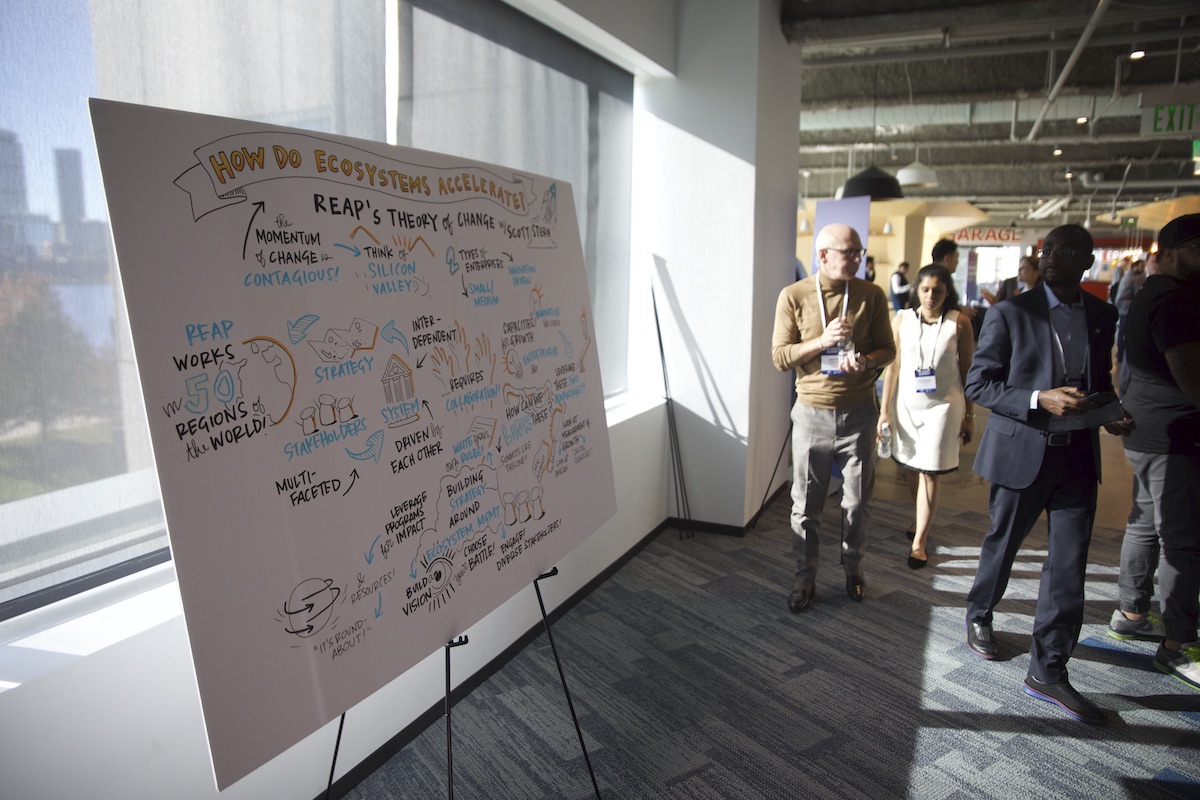 Over 100 global leaders from over 30 different countries gathered in Boston for the 2019 Global Summit to discuss the importance and dynamics of startup innovation ecosystems. The conference was held at the New England Research and Development center – the NERD center, as it’s more often referred to – in Cambridge, MA.

The goal of the Summit is to inspire, connect, and engage the many different stakeholders that make up a strong innovation ecosystem, and to learn from their experiences and expertise. Stakeholders is the key word as it was the primary focus of several presentations and panels.

How Does an Innovation Ecosystem Form?

Professor of Management and Faculty Director of the Martin Trust Center for MIT Entrepreneurship, Scott Stern, walked through the goals and approaches of MIT’s ecosystem program REAP, and what exactly an innovation ecosystem looks like. 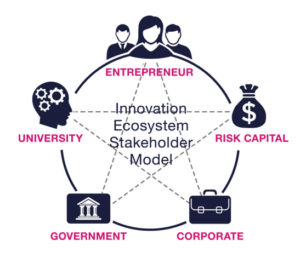 In order to harness the impact of entrepreneurs, of new technologies, and innovators, an ecosystem involving many parts is needed. Creating a group that is bigger than the sum of their parts is what can connect new ideas to economic development and social progress.

Throughout the Summit, a variety of representatives across the stakeholder spectrum talked about their different goals, challenges, and successes.

As covered above, the academic stakeholder can be a huge influence. Universities bring talent, resources, and their own unique network to an ecosystem, and can also work as a bridge between government and entrepreneurs.

However, governments can do more to drive innovation than just support academic initiatives.

In Boston, where MassChallenge and MIT have their Headquarters, the state and city government is an active participant in maintaining and advancing an innovative environment.

Assistant Secretary for Technology, Innovation and Entrepreneurship at Commonwealth of Massachusetts, Damon Cox, spoke on how Massachusetts actively sets their own strategic goals and initiatives in their support of innovation. 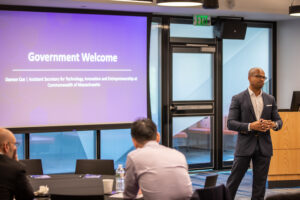 Cox emphasized that these areas were important for progressive technology and infrastructure generally, but also leaned heavily on the strengths of Massachusetts’ top industries and facilities. Boston is known for its universities in MIT and Harvard (to name just two), but also medical facilities, like Mass General Hospital and Brigham and Women’s Hospital. In outlining these goals, Massachusetts is being deliberate on what they can achieve successfully based on their regions strengths.

To go into greater detail about harnessing unique qualities of a region for innovation, a panel was held with five representatives of different regions:

“Google and Amazon set up their AI initiatives in Taiwan partly due to the talent and networks, stated Samantha Huang, “but also because of strong intellectual property structure.”

She went on to comment, “Because we’re such a small ecosystem, we use it as a strength to keep communication and network streams fluid.”

Speaking on the innovation ecosystem in Morocco, Reda El Andaloussi, said, “We aim to create a base in Morocco to access resources and take on a role as a proxy to Europe and a proxy to the western world for Africa. We are no longer draining talent from Africa, but globally connecting the country.”

The Role of the Accelerator

A startup accelerator, one like MassChallenge, operates to connect all the stakeholders with one another, and provide a productive environment for entrepreneurs to excel.

“70% of our participants will launch a pilot with one our partners within a year of the program,” stated Managing Director of MassChallenge FinTech Devon Sherman, while introducing a MassChallenge alumni. The alumni was Jason Moen, VP of Product at Flywire, a world-leading global payment platform that removes boundaries by enabling cross-border and domestic payment. 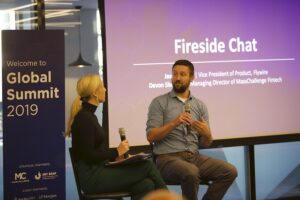 On fully understanding and undertaking entry into an ecosystem, Moen went on to state, “Building a really small and efficient team is easy. Building a larger, scalable team is much harder, so the structure of an ecosystem can seem very daunting.” Due to this, he discussed the advantages of being involved in an accelerator program that can help remove some of these daunting aspects.

From the corporate partnership perspective, during the panel hosted by Managing Director of MassChallenge HealthTech Nick Dougherty, the focus was on how larger corporate teams can best select startups for pilot programs. 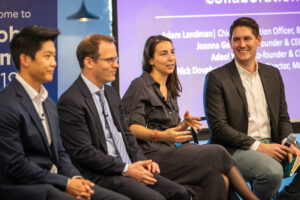 Adam Landman, Chief Information Officer at Brigham and Women’s Hospital, added key insight into his experience with sourcing and working with startups that accelerator programs have helped with.

First he made sure to state that aligning the startups strategy and goals to the larger organization’s innovation strategies is the first step. However, after that, the next criteria is the people behind the solution.

“It’s all about the team and the people [of the startup],” Landman said. “And I think there are really two components of that: there’s the internal team within the organization, so the iHub [in Brigham and Woman’s case], which is tremendously dedicated… but it’s also [about] looking at the startup and the people on that team… because by nature of early stage, they’re going to get it right over time, and we want to pick people who we want to work with in order to shape the future.”

The Top Boston and Rhode Island

The 2019 Global Summit concluded with MassChallenge’s 2019 Boston and Rhode Island’s award ceremony. This year was unique as we celebrated the 10-year anniversary, and a Decade of Impact.

Over $1 million in cash prizes were awarded to 14 startups. You can learn more about this year’s winners here. 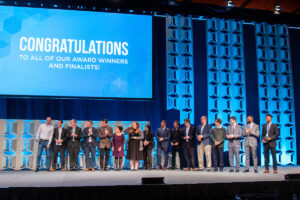