How to Build an Investable Team 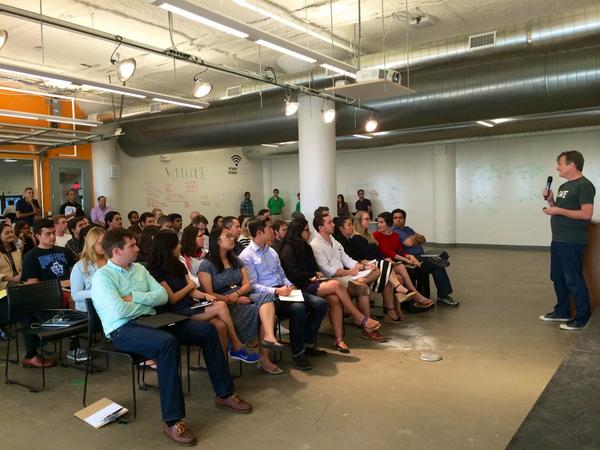 Paul discussed the necessity of valuing your employees and making their job the best experience possible. In short, as a company you want your employees to have fun. Fun is an essential element of the work environment and your employees personality. Are they a fun person to work with? Will they bring positive energy to the table and enhance the overall work atmosphere? And most importantly, do they have a track record of success? A single hiring mistake can end up costing your company a lot. Dont hire someone simply because they know something you dont. You need to make sure they are going to perform and contribute to the success of your company.

Entrepreneurs often overvalue their idea but should focus more on building the team –@englishpaulm pic.twitter.com/tHzAW4ucrf

Do they share the companys vision, your mentality, and bring something new and fun to the table?

Pitching to Investors Prove that Your Team is Capable

Paul suggested using this same selective mentality when it comes to finding fundraising. He stressed the importance of efficiency and reaching out to potential investors who would genuinely be interested in your product and have a good track record. Essentially, you should aim to pitch to only 5 VCs that are a really good fit for your company. You must get referrals to investors you want to meet and pitch your company to. Paul yet again emphasized the importance of hiring and having a good team. A solid team is key when asking for support from investors. You must have a team that can execute well, that any investor would be willing to back.

#DidYouKnow @englishpaulm tries to have 0 emails in his inbox by following the 4 D’s: delete, delegate, do, and defer pic.twitter.com/0UovCXtS93

Pauls investment criterion is focused 70% on the strength of the companys team, 20% on the problem the company is attempting to solve, and 10% on the idea/solution the company has come up with. Paul suggested the importance of finding a simple solution to really big problems that people spend a lot of time and money on. If your company can come up with an easier option to a big problem and really wow people, then according to Paul English, youre doing it right.

Different and new are easy, doing something thats genuinely better is very hard

Paul explained the necessity of focusing on what the customer would want. Too many times, entrepreneurs end up building more than a customer would want, thereby overwhelming the customer. One of the secrets to success is being able to solve a narrow problem well without overcomplicating it. Utility, simplicity, and speed should be the top priorities of every startup. The quality of customer experience is a factor that has been known to make or break many companies.

One way to address the need for utility, simplicity, and especially speed, is to use what Paul calls, tiny teams. Paul attributes a large portion of Kayaks success as a company, to tiny two-three person teams. These teams each have a designer and a programmer who were given the freedom to develop something and release it without showing anyone else in the company.

While this free form style sometimes led to errors, Paul stated, Kayak would never have evolved as fast as it did without allowing people to try new things and take risks. Every employee felt like a CEO because they were able to freely contribute their ideas to the company. This work environment allowed Kayaks employees to work in a fun and fast-paced environment while also responding to customers as fast as possible.