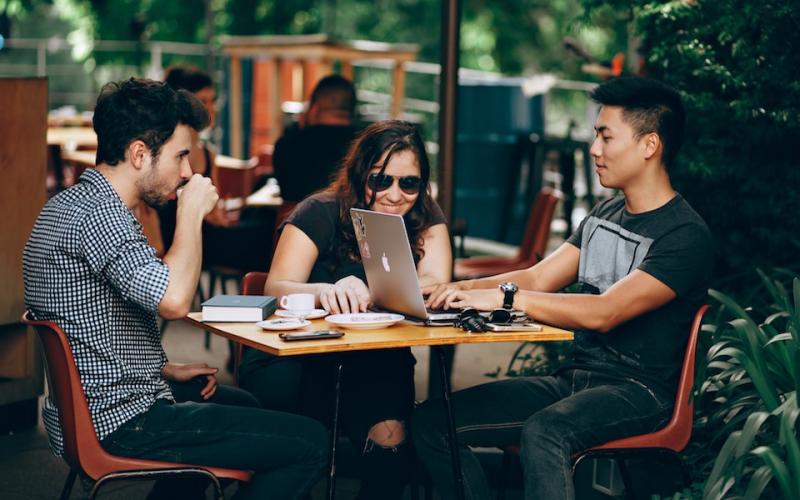 In his recent lecture at MassChallenge Texas, serial entrepreneur Neal Murthy shared a story about a time he was thoroughly disappointed by the customer service at a fast food restaurant.

Murthy’s point here was that any CEO can make a list of company values and hang them up on the wall, but a positive company culture can only exist if its deeply rooted in the company’s structure.

If your company is a car, then its culture should be the engine, not the paint job.

What does “culture” mean in the business context?

Murthy described business culture as a combination of the three following components:

Outlining the core principles of your company

The first item in Murthy’s list is the easy part. This is the step that a fast food restaurant takes when it posts its company-wide values on the wall by the cash register.

At a basic level, the core principles of any company are the ones that create opportunities for revenue. Satisfying your customers, avoiding conflicts in the workplace, and respecting employees are some standard values which can only help a company succeed. But you need to do more than that.

It may seem foreign to use a marketing term like “branding” to describe the internal affairs of a company. But it holds up in practice; when you’re teaching new employees about the culture that already exists inside your company, you’re really looking for the best ways to nurture someone’s perception of the company.

That’s why it is critical to define a culture that can be easily communicated to and learned by others. There’s a mental image in the mind of each employee at a company that summarizes all of their assumptions and perceptions of their work environment.

If your culture is strong, then you’ll be able to brand your culture and achieve uniformity in the way it is perceived by anyone who works within it.

“Put in place the designs for your culture and embed it with your own values, but in a way that propagates across the entire organization, independent of whether it’s three people or three thousand people,” he said.

The result is a productive team that not only understands the meaning behind their day-to-day work, but also has a grasp of the company’s vision and a deeper commitment to it.

Humans are organisms, and a company comprised of organisms will act like one. As a startup develops upward and outward, founders need to be conscious of changes to their company’s organizational behavior.

Murthy said that your company will naturally tend to act like a living, breathing, learning organism “if you create a strategic organization – in other words, the organization as a whole, as a singular entity, learns from and adapts to its environment, and does so in a strategic and tactical manner with execution through its operations and an eye on its vision.”

“Culture is the emerging characteristic that comes about as a consequence of people interacting through their values.”

With these three factors in mind, company founders should consciously design a culture that can be sustained over time. Properly executed, a company culture will naturally guide the efforts and relationships of all employees.

For most young startups, it’s relatively easy to change the top-down strategy of the company. The “pivot” has become common strategic move for startups that need to adapt to unforeseen obstacles or a changing external environment.

But the adaptability shared by many early-stage, small companies should not be taken for granted, Murthy warned.

As founders, consider all of your options

Murthy also emphasized that strategy can be learned, but it can’t really be taught. While he uses strategic frameworks to help companies develop the right mindset for growth, it’s the company itself that has to consider all options and move forward with the right ones.

“An important facet of understanding strategic thinking is being able to acknowledge and process the universe of possibilities, and then filter out which stuff you’re not going to do,” he said. He advised that companies make an effort to understand their external and the internal environments.

The key takeaway from Murthy’s session is that startups need to be thoughtful when they’re building a foundation for future development. As a founder, you’ll be more equipped to grow if you nail down your company’s culture and your expectations for anyone associated with it.

Furthermore, you should strive to create a culture that runs through the veins of your organization. If you can manage all of that, then you’ll never need to hang a sign on the wall that reminds your team to show “respect.” They’ll already have that part down.