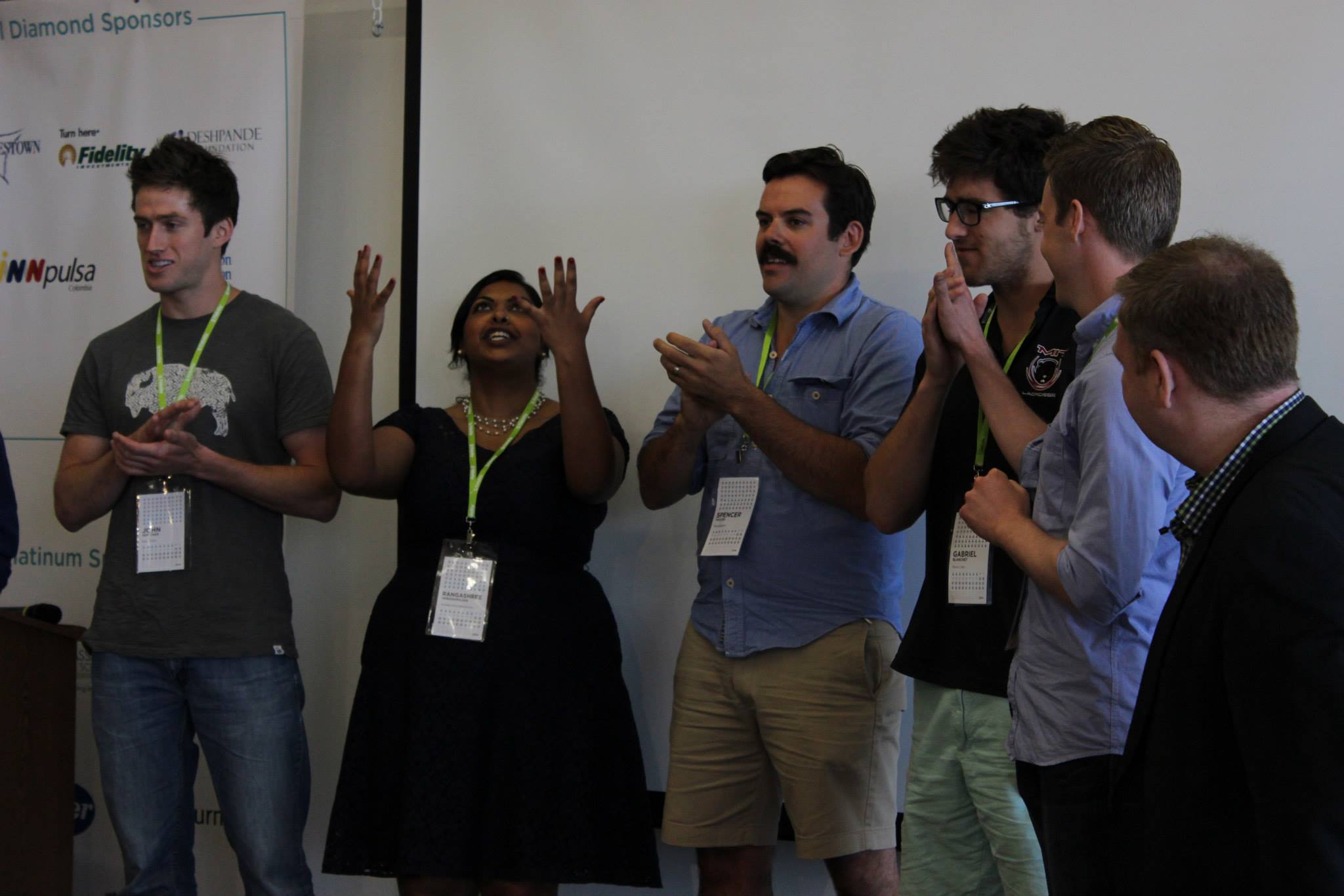 Improv Asylum provides training sessions to numerous corporations and teaches them principle skills needed to move ideas ahead fast. Their ability to process information quickly and communicate in a creative manner is not only impressive, but allows for a supportive work environment. Through a number of word games and activities, MassChallenge finalists learned a collaborative method to build new ideas.

The Power of Saying Yes

One of the main aspects of a companys culture depends on how employees communicate with each other. Improv Asylum members took volunteers from the audience to participate in conversations with them during which they shut down all of their ideas. While the scenes were comical, the laughs were at the expense of the person coming up with ideas and made them look bad. As a result the flow was halted and no great ideas or actions occurred. This type of culture in a workplace can lead people to not want to work together or incentivize them to reject each others ideas.

Improv Asylum demonstrated how the best way to move ideas forward is to be open-minded with a yes, and culture. In the next scene, the volunteers were instructed to listen to each other carefully and respond by saying yes, and with a statement that built upon the previous comment. The exercise allowed for multiple people to surface various creative ideas.

Improv Asylum comedians always try to make everyone else on stage look better during comedy routines by advancing their ideas. Even if something unexpected happens they roll with it and find a way to make it work. Both in comedy routines and an office setting, people will be more willing to put unique ideas on the table if they know someone will support them and have their back.

The positive atmosphere encourages innovative ideas, as people are more likely to go out on a limb without the fear of being criticized. It is also valuable to learn your role in contributing and be able to accept when ideas go in a different direction, rather than try to force your own opinions where it might not fit.

Improv Asylum exhibited how the ability to think on your feet and feed off the ideas of others can uncover superior ideas that neither had to begin with. Everyone that contributes will feel a sense of ownership over the idea and want to work with each other again.

Improv training is crucial for entrepreneurs as they shape company cultures in early stages of development. Ken Deckinger, Co-Founder of MassChallenge 2014 finalist, Jess, Meet Ken, says, Thinking with improv can help our business be more open to new ideas, build on those ideas, and work together as a collaborative team to produce results that we wouldve never gotten to as individuals. The significance of utilizing improv strategies in the workplace strongly resonates with startups.