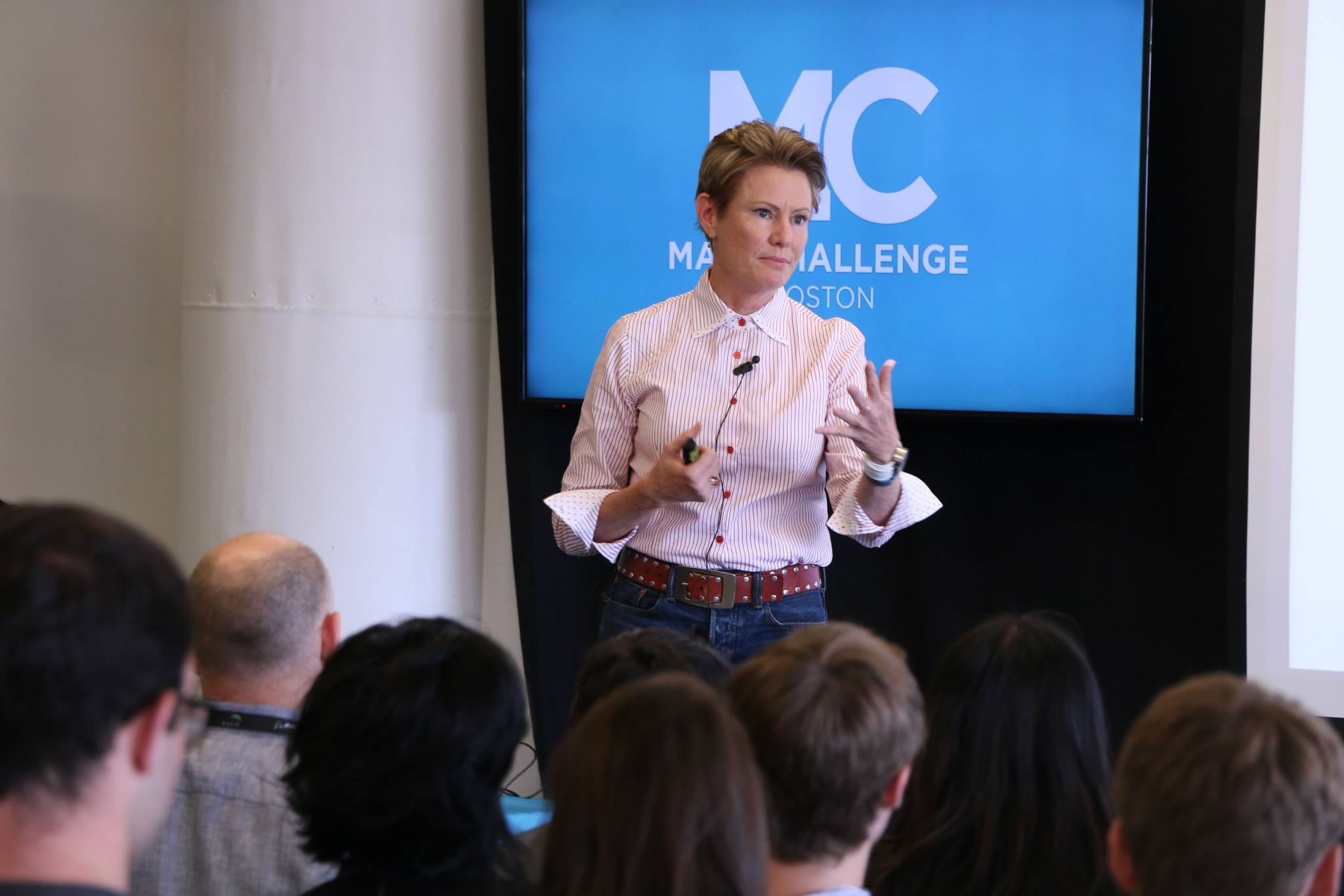 MassChallenge recently gave a warm welcome to this years 128 finalists as they settled in to their new office space at 21 Drydock Avenue. To kick off the 4-month accelerator program, the startups participated in several structured days of Boot Camp, a series of intensive training sessions and talks intended to help the startups maximize the opportunities they will have throughout the coming months. As part of Boot Camp 2015, Jules Pieri gave a captivating and informative speech explaining her unique no regrets approach to decision-making.
Jules Pieri is the founder and CEO of The Grommet, and thus had some valuable insight to share based on her personal experience as an entrepreneur.
She began by asserting that big decisions generally correlate with big life goals. According to Jules, our major choices in life should, and usually do, align with our long-term ambitions. For her, those goals were getting out of Detroit, making a substantial, positive impact on the world, and simply being a good person. All the big decisions she has made in her life have been in keeping with those three objectives.
Ever since Jules was a kid, the words I wish made her skin crawl. She emphasizes self-empowerment and action rather than theoretical, wishful thinking.
Along those same lines, she has adopted the expression no regrets as a sort of mantra for making big life choices. One way Jules can tell shes crossed into her no regrets zone is if she has never before done what shes about to do, and probably doesnt know anyone who has.
This never-look-back approach to life may appear a bit idealistic and far easier said than done, but Jules Pieri heeds her own advice. Right around the time she was offered a very lucrative position at eBay, Jules realized that her father didnt have much time left. She had wanted very badly to throw a party for him, and she knew she would not be able to put in the thought and effort necessary to make it special if she took the job. If I had gone with eBay, she said, I would have owned a small island by now but I turned it down. Though some might widen their eyes and shake their heads at such a so-called missed opportunity, Jules maintains to this day that she does not feel an ounce of regret for this decision. She threw her dad an unforgettable party, and she would not trade any amount of money for the happiness he felt.
Jules also presented some advice to early-stage startups. Other people are essential, she said a support system of some kind (be it friends, family, or professional networking) is absolutely crucial. She offered comfort to the startups by sharing that anxiety and ambiguity are to be expected in the beginning stages, and that they are normal, integral components of entrepreneurship.
Of course, Jules acknowledged, there are massive amounts of fear that come with the process of founding a company. To talk herself through that fear, Jules has a calm and practical outlook: during The Grommets fragile periods, her brother would often ask, What if it fails? and she would respond, matter-of-factly, Ill get a job.