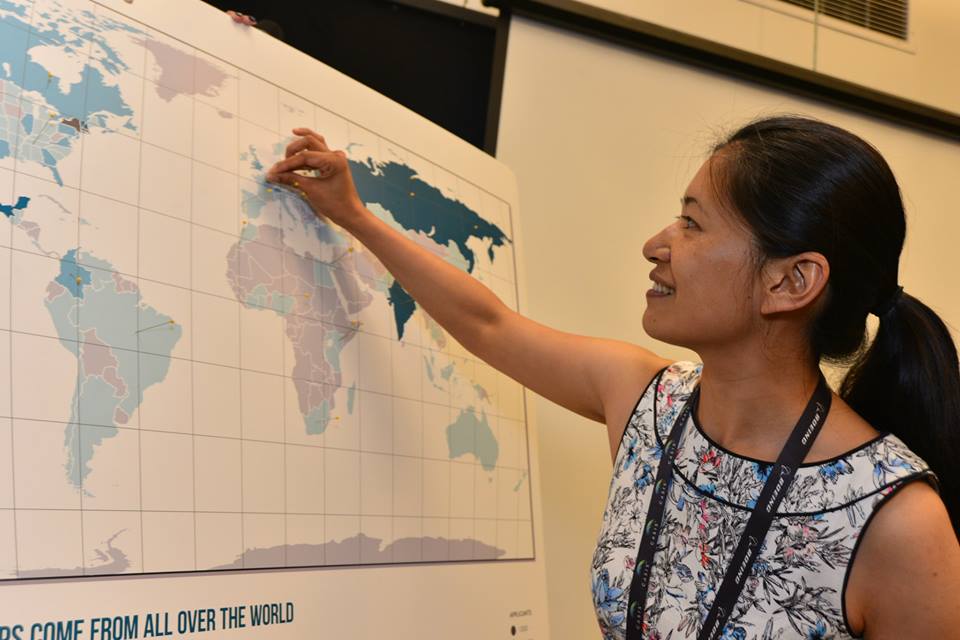 To kick off the celebration, our Senior Director of Programs and Operations, Roman Kern, spoke with pride about his native Switzerland and the recent developments MassChallenge has made in the blissfully neutral nation, including having five Swiss startups in the Boston 2015 class. Despite Romans assertion that the Swiss people dont talk about failure, Roman gave a candid speech about how his own failed startup did not deter him, but rather, propelled him to bring his skills as an entrepreneur to MassChallenge in order to serve as a catalyst for our global aspirations.

Next up, MassChallenge Founder and CEO John Harthorne harped on the fact that international expansion is at the core of the MC strategy. John mentioned that by having the first no strings attached accelerator model, MassChallenge has been able to organically attract top startups from around the globe. John then closed with the deft insight that no region has a monopoly on talent- a fact that rings true at MassChallenge and a prescient statement regarding the future of global startup ecosystems.

Before introducing the keynote speaker, Directors of Global Partnerships, Kara Shurmantine and Amir Eldad detailed MassChallenges audacious global expansion plans. They explained that our primary goal is to hit ten standalone programs within the next five years across every livable continent. Progress towards this goal has been impressive thus far with the U.K. having been added this year, Israel next year, and international Bridge program partnerships having been made with Mexico, Switzerland, Colombia, South Korea, the Basque Country government, and the cities of Lyon, France and Skolkovo, Russia. In addition, of the 2,250 applicants for the 2015 accelerator, 66 different countries were represented–quite the accomplishment!

Kara concluded by introducing the Keynote Speaker: Scott Nathan, U.S. State Departments Special Representative for Commercial and Business Affairs. Scott delivered a fantastic speech detailing the various initiatives he has been developing with the help of John Kerry and President Obama while promoting global entrepreneurship. Scott explained that he hopes to take the MassChallenge model and expand it around the world as a primary goal of US foreign policy going forward. Scott made it a point to emphasize that although the private sector often leads the way in terms of innovation, our government should and will play an integral role in expanding these entrepreneurial ecosystems to nations with the greatest need. By spreading human capital and economic resources to poverty-stricken areas around the globe, Scott and his administration hope to foster democratic ideals, entrepreneurship and a general sense of collective prosperity. For his closing remarks, and alluding to the founding vision of MassChallenge, Scott paraphrased President Obama: With all of the problems around the world: the mistreatment of women, youth poverty, unemployment and widespread lack of education, we need to promote global job creation and theres no force better for this than the private sector by promoting entrepreneurial endeavors.

Finally, Global Partnerships Coordinator, Sarah Trager, introduced the 24 international finalists in a unique fashion; as each finalist was introduced, Sarah provided them with a pin to mark their home nation on a large map of the world. The creative introduction was a wonderful way of celebrating the many nations represented in this years and prior years classes as well as providing striking visual evidence of MassChallenges rapidly expanding global reach. Needless to say, a great night was had by all!