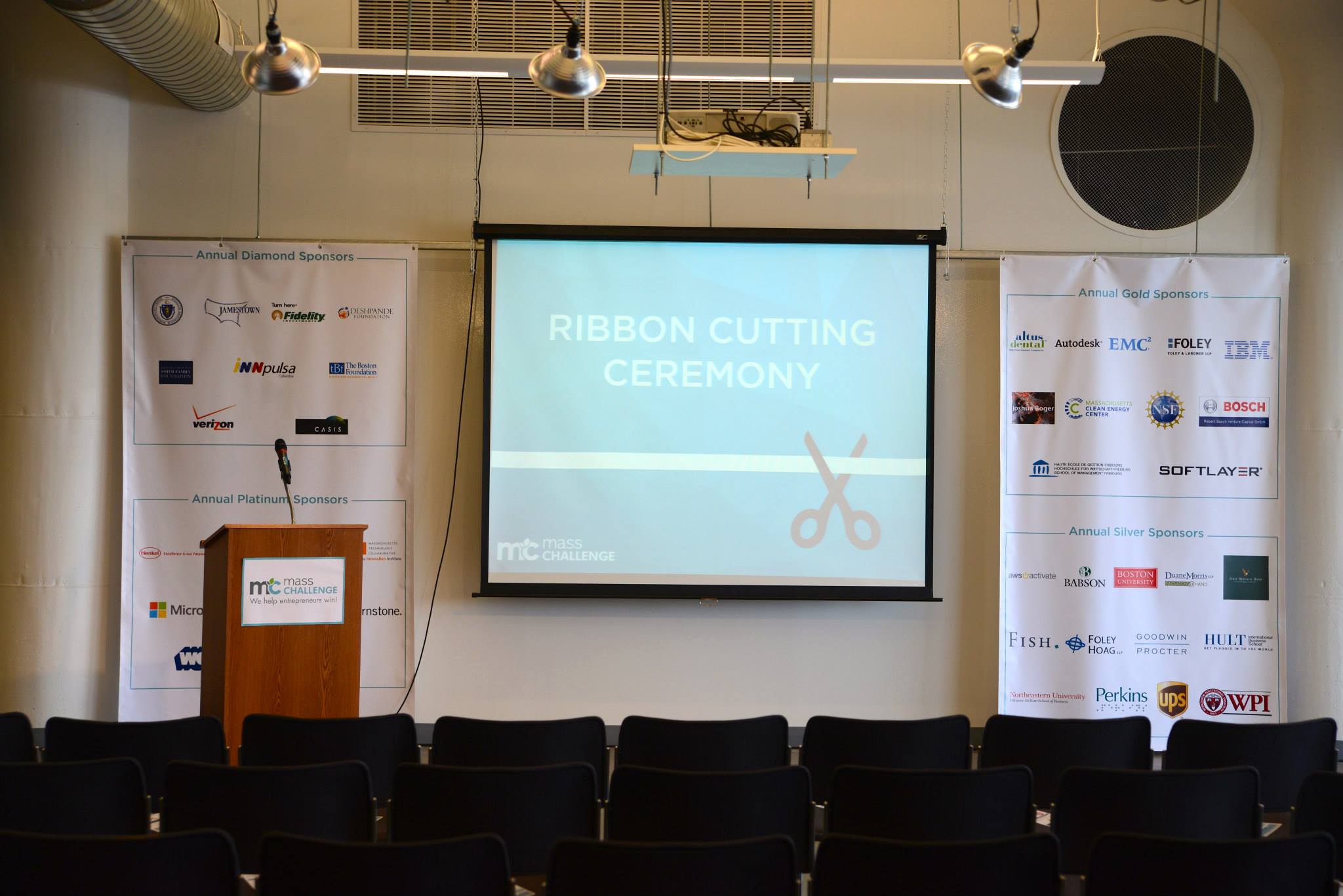 John Harthorne, founder and CEO of MassChallenge, reflected upon how far MassChallenge has come since 2009. He acknowledged that the success of the organization is due in a large part to community contributions, including (in no particular order):

{{img:2}}
A crowd of 115 partners and sponsors engaged in MassChallenges ribbon cutting event.

Thus far, MassChallenge has been able to support almost 500 startups, which have collectively raised over $550 million, created over 4,000 jobs, and generated over $350 million in revenue. The Company hopes to continue and accelerate these successes thanks to the unique resources the new space provides.

John Barros, Chief of Economic Development for the City of Boston, welcomed MassChallenge to its new home on behalf of Mayor Walsh. Barros was excited to partner with MassChallenge on a strategy to expand innovation efforts in Boston. He acknowledged MassChallenges leading contributions to building an infrastructure that will support education and invest in human capital in Massachusetts.

Akhil Nigam, founder and president of MassChallenge, thanked the community for supporting MassChallenge through all of the phases of its development. He discussed the Companys excitement about the new space and explained how much more exciting it will on June 23 when 128 startups begin moving in.

Ribbon Cutting at MassChallenge from Above Summit on Vimeo.

MassChallenge was eager to reveal their new home in the innovation district to the community. During the ribbon cutting ceremony a drone flew in and delivered the keys to Phillips. Barros, Btner, Harthorne, Nigam, and Phillips cut the ribbon together to symbolize the opening of the new office. Jamestown developed the industrial building into a space well suited for the startup environment. The open layout along with improved conference rooms, phone booths and additional exciting features creates an exciting atmosphere for entrepreneurs. The fresh space will allow for optimal success by this years startup class, as well as future classes in the coming five years.