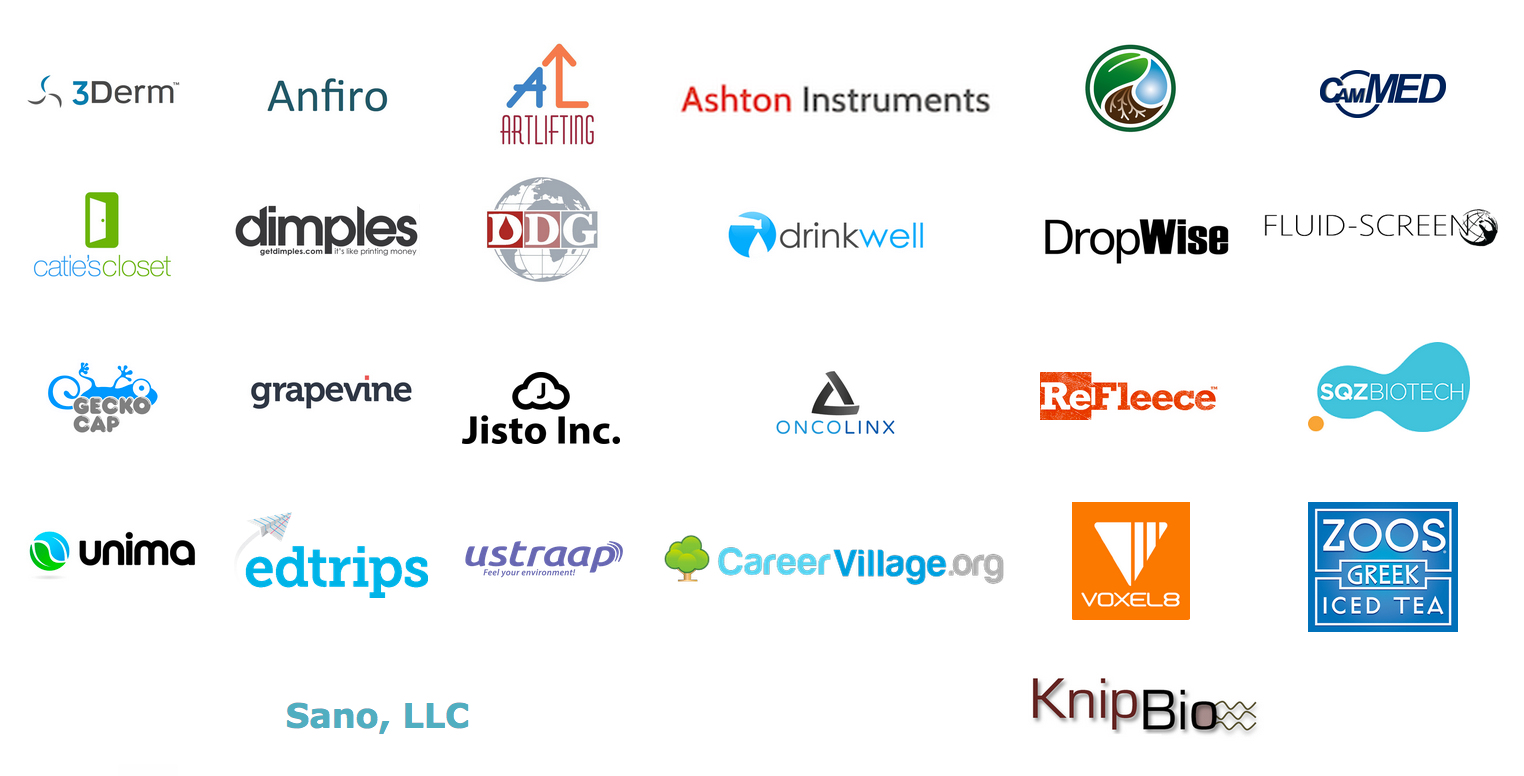 Pictured with huge smiles on their faces are siblings Liz and Spencer Powers, founders of the inspirational startup and Top 26 Silver Winner, ArtLifting. ArtLifting empowers disadvantaged artists by creating a bridge that connects their beautiful pieces of art to paying customers. ArtLifting sells these wonderful pieces of art through two channels: their online marketplace known as www.artlifting.com and through their partnerships with commercial businesses.

The inspiration for this startup actually started off with a non-profit Liz established in 2011 known as City Heart. They staged an annual art show in Boston that showcased the disadvantaged artists participating in the program. After much thought, Liz and Spencer knew an annual show was not enough – what about the other 364 days? As a result, Liz and Spencer formed ArtLifting. Since the companys inception in December 2013, ArtLifting have expanded nationally and now features artists from other Metropolitan areas such as: Washington D.C, Austin, Miami, and San Francisco.

When Liz and Spencer have a chance to leave their table at MassChallenge, they make their way to the Charles for some sailing. Both siblings were on their varsity sailing teams in college and have worked as sailing coaches.

Getting a startup off the ground is one of the most challenging tasks and when asked to give a piece of advice to people thinking of starting or joining one, Liz wanted to emphasize the importance of being aware of the problem the startup will be solving. You should only create a startup if you are passionate about providing a solution to a problem that you know well.

Grapevine was a $50k Gold Winner at the 2014 Awards Ceremony. Grapevine is an advocate marketing company with a focus on sales conversion. The business model is quite simple. Consumer Brands use Grapevines platform to sell their products by placing them into the hands of the biggest YouTube video bloggers. Brands can then track conversion rates, views, and detailed audience demographics in real time on the platform.

Founder and CEO Brendan Lattrell had the idea of starting Grapevine when he was working as a TV producer for Discovery Channel. Realizing video bloggers were garnering more views than his professionally produced shows gave him the idea to help brands and YouTube video bloggers work together.

Grapevine saw much success during their time at MassChallenge. They have tripled the size of their ream and generated over a million dollars in revenue. Brendan hopes Grapevine will achieve similar success as HubSpot, another Boston startup that has since gone public.

This is Jared Chung. He is one of the founders of the crowdsourcing website and 2014 Silver Winner, CareerVillage.org. CareerVillage.org aims to provide career advice to students by career professionals. The website achieves impact by bringing personalized information, advice and guidance for students.

Jared and his co-founder Jennifer Pan found the inspiration for CareerVillage.org while at McKinsey & Co., working on an event that brought together professionals and high school students. At that time, Jared found the logistics of organizing these events painful. That was when Jared and Jennifer realized there must be a more efficient way to provide mentorship and the idea of CareerVillage.org came into being.

As you can see from the picture above, CareerVillage.org loves to have fun. When they arent working hard at their desks, they are playing ping-pong in the kitchen of MassChallenge or they are seen geeking out on college access stats.