So You’ve Graduated from an Accelerator. What’s Next? 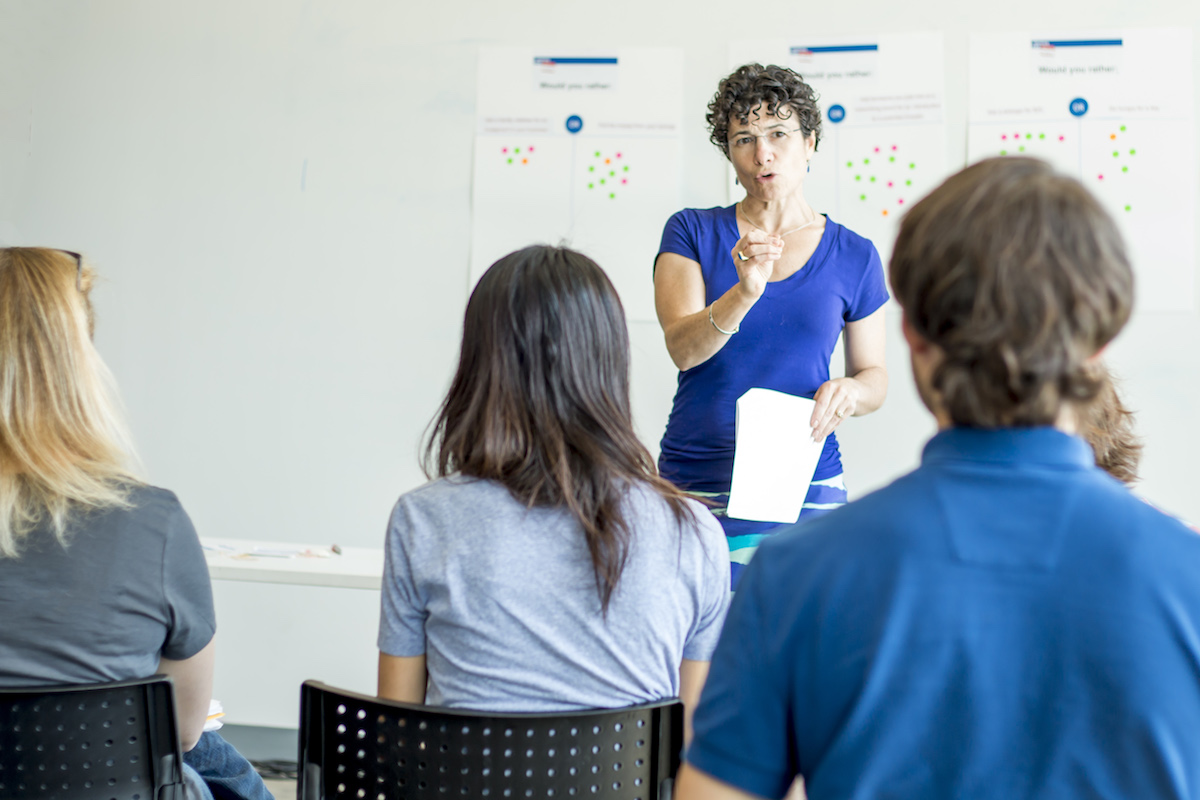 For early-stage companies that are fresh out of an accelerator program, there might be some question marks hanging over the road ahead. Is it time to jump into a funding round? If so, where do you look for funding? What kind of funding best suits your needs? What the hell is a “warrant?”

A panel of experts at MassChallenge Texas tried to answer some of these questions as the state’s inaugural cohort of startups inches closer to the end of the program. The panelists, pictured below, discussed their expectations for a minimum viable product and reminded founders in the audience about the importance of pre-fundraising research.

One of the most common issues for post-accelerator startups is that they rush into a funding round without the right tools at their disposal. Claire England, Executive Director of the Central Texas Angel Network, said that she has seen a lot of companies fumble this step.

“If you don’t understand all of those terms, and you’re not speaking the same language … then you’re doing yourself a disservice more than your company.” – Claire England

Mokshika Sharma, co-founder of the startup investing analytics platform SigmaLion, said that she made that exact mistake while fundraising for one of her prior companies.

“The language sometimes is all over the place,” said Sharma. “We’ve had times when, for example, we’ve been offered a warrant, and we didn’t know what a warrant was. Essentially, what are those little terms that you may not have thought about? The more you talk about it, the more you read, and the more you learn, the more you’ll have a grasp of what people are actually saying.”

Oksana Malysheva also said that founders should not be afraid to ask for help. “At the same time, be conscious. Investors are people too,” Malysheva said, “and though founders may have lots of grit and traction, being respectful of people’s time matters.” Malysheva added that founders could check out Sputnik’s guide, 13 Ways to Engage a V.C., for more tips on navigating the beginning of the investor-founder relationship.

Remember: you can be a little picky with your investors.

“Bringing on investors is getting married to investors.”

England advised startups to be somewhat selective in their search for investors. While funding is funding, it’s necessary to consider what type of person would fit in with your organization in the long run.

“Bringing on investors is getting married to investors,” England said. “You’re looking at a seven- to ten-year relationship on average. That’s the average time to exit. It’s probably more challenging to divorce that investor than it is to divorce your spouse.”

The takeaway is that startups need to use a little discretion while they’re considering prospective investors. While founders might be inclined to bend over backwards just to secure a minimum amount of funding, the investor-startup relationship is a two-way road. As England said, “you’re interviewing them, they’re not just interviewing you.”

Should I be bootstrapping my company?

For startups that have trouble finding prospects for investment, Lou Ellman said that bootstrapping could work out as an alternative in the long run. He defined the strategy as “growing your business organically without taking any external funding.”

Over the course of a decade Ellman bootstrapped his own company, RoyaltyZone, which is a platform that facilitates licensing agreements and other processes among licensors, agents and licensees. He said it wouldn’t have been possible if he hadn’t prioritized sales over everything else.

“My focus throughout the journey has always been on revenue and organic growth and getting as many sales dollars as quickly as possible so I can continue the journey,” said Ellman. “I always like to talk about my three-step business plan: the first step is find a customer, the second step is make that customer extremely happy, and the third step is repeat.”

Bootstrapping is a quid pro quo. Founders are able to manage most, if not all, of their companies; yet they have to commit to a minimalist model, often for several years.

“If you’re going to take the bootstrap path, you can’t build buildings, you can’t sign expensive businesses, you can’t hire new staff,” Ellman said. “You have to grow the business along with the revenue.”

The upside, Ellman pointed out, is that you rarely have people breathing down your neck. As a full-fledged bootstrapper, Ellman controls 100 percent of his company. And to boot, he has full reign over the company dress code.

“First thing you’ll notice is: bootstrappers get to wear shorts,” he said, laughing.

Fundraising isn’t working. Is it time to shut down my company?

It’s a no-brainer that fundraising is a laborious, complicated, exhausting process. If for some reason your company has failed to meet critical goals, you might consider pulling the plug. But is that necessary?

Mokshika Sharma has shut down two businesses in her career, but she hasn’t missed a beat. As the co-founder of SigmaLion, Sharma uses her experience to inform her decisions going forward. She admitted that sometimes it can be worthwhile to wait out the storm, tap all of your resources, and try to save your company, even if it requires some sacrifices.

“If you’re even considering shutting down your company,” said Sharma, “the first thing to do is figure out: is there something that’s just not fitting with your startup? The second thing is asking: do you have the resources to make that thing fit? Do you have the runway? Do you have the mental capacity to withstand the next few months without getting paid?”

A failed company is not a failed career.

A CEO with a failed startup under their belt performs better on average than a CEO who’s still learning the ropes.

Either way, what doesn’t kill you makes you stronger. England added that even if your business does fail, it’s really not the end of the world. As a matter of fact, data from CTAN shows that a CEO with a failed startup under their belt performs better on average than a CEO who’s still learning the ropes.

“One of our metrics that’s pretty glaring is that experienced CEOs outperform first-time CEOs and have companies with higher valuations,” said England. “What’s interesting about that data point is that it includes successful and failed companies. It doesn’t matter whether your company was a success or a failure; once you’ve had that experience, it makes you stronger.”

If you’ve truly expended all of the resources that you’re willing to use, it might be best to pull the plug. But that’s not necessarily the mark of a bad entrepreneur. On the contrary, that experience gives you a leg up.

Fortunately, there are plenty of opportunities for startups to get fuel from investors as they matriculate from an accelerator program. It can be overwhelming, but the fundraising process will be most effective if founders take the time to educate themselves.

Spending a month or two in preparation for a funding round can pay off in the long run, especially if that extra time makes you more equipped to negotiate for yourself. If disaster strikes and you seriously can’t get enough funding to sustain operation, take an honest accounting of all your resources before you think about pulling the plug.

If there’s really no way to lift your company out of a hole, then take what you’ve learned and move onto something else. As a failed CEO, you’re still more poised for success than the people who are just getting their feet wet.