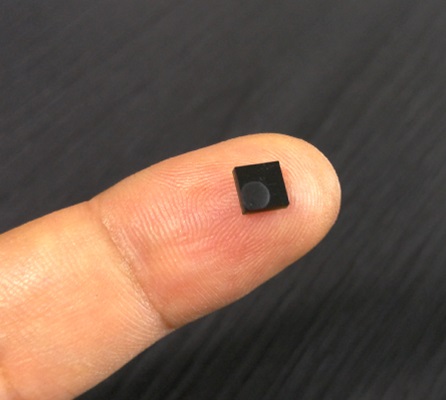 It’s not just any entropy, it’s quantum entropy. It’s pretty cool to say that my company sells quantum entropy to my friends (though my friends usually reply with HUH?). Well, in my defense, I was a physics major in college and a big Star Trek fan.

Hi, my name is Jongwon JP Park and I just joined a company called EYL, a proud winner of MassChallenge Bostons 2016 Diamond Award. This single sentence signifies the conclusion of a year long journey and the beginning of a new chapter. But before I get into that, let me explain what it means to sell entropy (random numbers) and why I think thats cool.

EYLs core technology, entropy chip, enables us to harvest ultimate randomness (entropy) from nature using radioactive isotope decay to generate random numbers. Because our source of randomness comes from the quantum phenomenon, it is always truly random, certified by the law of quantum physics. That ultimate entropy, it turns out, can provide the ultimate protection for IOT devices against hackers. Pretty cool, isnt it?

Going back to my story…

Before I joined EYL, I worked at Korea Innovation Center (KIC) Washington, D.C. KIC was established by the Korean government with the mission to support the global launch of Korean startups. KICs flagship program was the KIC Start Global Connect program, which was founded in 2015 as a Bridge to MassChallenge (B2MC) program, in partnership with Boston Universitys Questrom School of Business. KIC Start Global Connect is a boot camp for Korean startups to help them to prepare winning applications for major U.S. startup accelerators such as MassChallenge.

One cold night in Boston in February 2016, I first met Junghyun Francis Baik, a co-founder of EYL who was participating in the KIC Start Global Connect/B2MC program. When I heard Francis pitch, the idea of selling entropy was amusing at first but I soon realized that it is a unique technology with huge potential impact to solve one of the major problems of our time, IOT security.

EYL was selected as one of the 128 finalists in May. Francis, who represented EYL by himself, marched on and made it to top 26 list after the four months of acceleration. To my wonder and to the delights of KIC and Korean government, on that fateful night of November in Boston at the award ceremony, EYL won the top prize and became the Diamond Winner!

Francis and I regularly communicated throughout this journey. We discussed and analyzed his experience at each stage since we were very interested in how to improve the KIC Start Global Connect/B2MC program in the future. More than anything, we agreed that the program provided a good introduction to the Boston startup ecosystem and helped to gain insight about what a foreign startup actually needs to gain foothold in the global stage.

From the perspective of an international startup, we tend to think of a single U.S. startup ecosystem – which means Silicon Valley.

But we learned that there are much diversity in different regions within the U.S. Silicon Valley is not necessarily the best destination for every startups. Though Boston was a serious contender, EYL ended up setting office in Northern Virginia near Washington D.C., a hub for cyber security startups where customers are close and cyber security talents are plentiful.

These insights would not have been possible without being a part of startup ecosystem at MassChallenge. Along the way, I caught startup fever and joined the EYL team in 2017 as Chief Strategy Officer. I really wanted to sell Entropy! Im excited to help EYL take its next step. We are just getting started.

This article was written by Jongwon JP Park, Chief Strategy Officer at EYL.