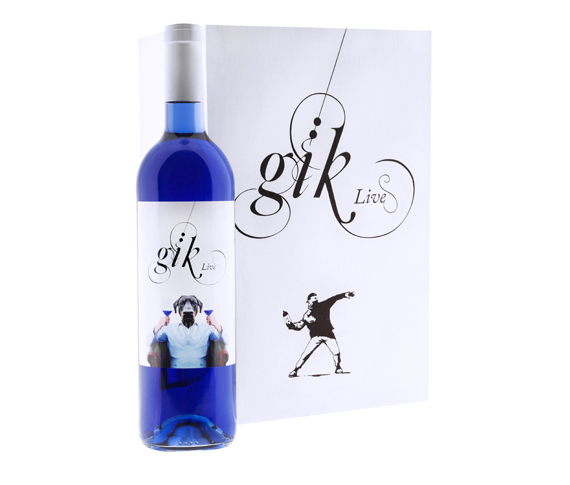 In the startup world, you might have the right idea, but it may not be the right time.

Im a true believer that everything happens for a reason I think there is a right time for everything. So, when you get a second chance, it makes you want to work even harder.

Were disrupting the industry by making an organic wine, with a great taste, and an intense blue color

At that time, the Bridge program judges were right to pass on our startup. Gik Live! is an outlandish idea we market a blue wine. The wine industry, especially in Europe, has remained unchanged for centuries while society changes around it. Were disrupting the industry by making an organic wine, with a great taste, and an intense blue color. Additionally, we were very early stage when we first applied to the Brid ge program.

So we went back to work. We didnt dwell on failure we kept working to get Gik Live! to where it needed to be. During our second year, our revenue reached more than $600k. As Im writing this, we have produced and sold more than 250k bottles of Gik Live!.

After growing our business and validating the market, we re-applied to Bridge to MassChallenge Biscay in 2017. We got our second chance. We were selected to travel to Boston for the Biscay boot camp. And this time, we were prepared to make the most out of the experience. We had more complex and useful conversations with our mentors. We had more data to analyze. We could exchange better tips with the other startups.

At the end of the boot camp, we were selected as one of three highest-impact, highest-potential startups. Can you imagine what that means to us? All the hard work made a difference. We were able to turn a setback into a success and take our business to the next level.

My advice for other startups: Keep developing your great idea, and look for second chances if you encounter a setback. Never give up.

This viewpoint was written by Taig Mac Carthy from Gik Live!, May 2017