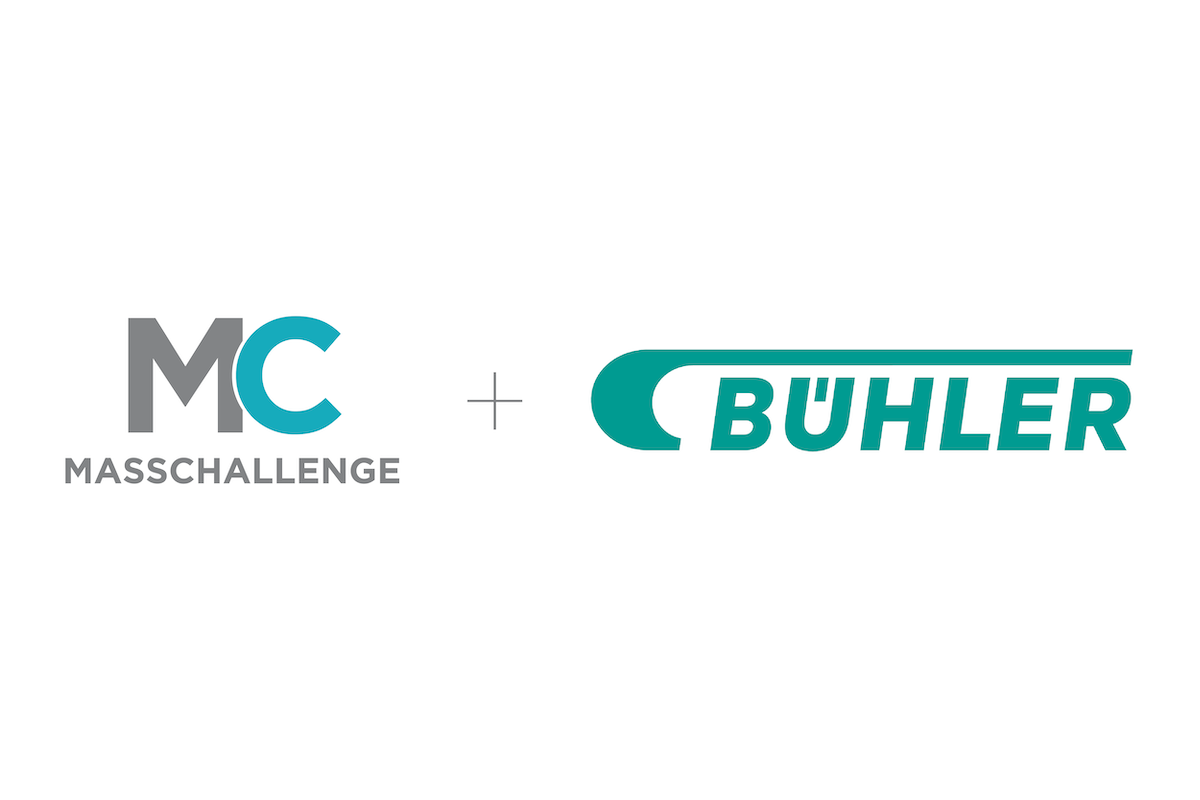 Bühler, a worldwide technology leader in food production and sustainable mobility, partnered with MassChallenge Switzerland to advance its commitment to innovate sustainability in the areas of nutrition and food safety, energy and waste-reduction, mobility, and digitalization.

Every day, billions of people use Bühler technologies to satisfy their basic needs for food, mobility, and communication. For instance, Bühler technology is used to process approximately two thirds of the wheat harvested worldwide into flour. Its mobility technologies help move over one billion people per day.

As a leader in technology and sustainability, Bühler invests up to 5% of its turnover every year in research and development. To optimize these efforts, Bühler identified five core topics that are decisive for driving change:

With MassChallenge’s emphasis on emerging, high-impact technologies, Bühler receives early access to carefully selected and promising startups across their five core initiatives. For each acceleration program, MassChallenge mobilizes several hundred experts (over 650 in Switzerland alone) to assess the quality of the startup applicant. In the end, about 7% of them are selected, which translates as 70 projects among over 1’000 applicants.

By partnering with MassChallenge, Bühler is able to increase their brand identity as leaders in innovation and sustainability. Access to new business models, without having to create the entire ecosystem internally, expand research and development more efficiently than with past methods.

Over the years, Bühler has had different approaches to interacting with MassChallenge Switzerland. In 2016, two internal teams took part in the accelerator program, to collect insight on the agile-startup mode of experimenting in order to find new solutions.

In 2017, Bühler installed an internal representative in the organizing team of MassChallenge. These learnings were brought back and instilled in Bühler’s own internal innovation challenge program.

In return, Bühler created the interactive program the Master of Bühler Management which supported participants within MassChallenge to move from short-term operational thinking to long-term strategic thinking.

In 2018, Bühler teamed up with Givaudan to support Legria, a new natural sweetener made from waste streams, supporting their waste reduction initiative. The new business model was made more public-appealing by having two companies in support of it, however maintaining economic independence of each other. 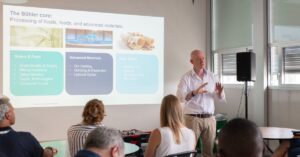 “What is very unique about MassChallenge Switzerland is the fact that it successfully combines a north-American ‘no fear to fail’ bravado and risk-investing mindset with the European technical rigor and academic heritage, attracting some of the best startups. This unique formula can lead to a future ‘power house’ of the European economic system, driving economic growth and job creation.

MassChallenge can provide to its partners elements such as entrepreneurial spirit, selectivity and a sense of urgency that can fortify and boost one’s commitments and goals.”

Billions of people come into contact with Bühler technologies to cover their basic needs for food and mobility every day. Two billion people each day enjoy foods produced on Bühler equipment; and one billion people travel in vehicles manufactured with parts produced with our machinery. Countless people wear eye glasses, use smart phones and fitness trackers, and read newspapers and magazines, all of which depend on Bühler process technologies and solutions.

Having this global relevance, we are in a unique position to turn some global challenges into sustainable businesses. We want every human being to have access to healthy food. We want to do our part to protect the climate with energy-efficient cars, buildings, and machinery. Our motto is creating “innovations for a better world.”

Bühler invests up to 5% of turnover into research and development. In 2018, over 13,000 employees generated a turnover of CHF 3.3 billion. As a Swiss family-owned company, Bühler is active in in 140 countries around the world and operates a global network of 30 production sites.

MassChallenge is a global network of zero-equity startup accelerators. Headquartered in the United States with locations in Boston, Rhode Island, Israel, Mexico, Switzerland, Texas and the UK, MassChallenge is committed to strengthening the global innovation ecosystem by supporting high-potential early stage startups across all industries, from anywhere in the world.

Founded in 2016, MassChallenge Switzerland has quickly become a leading driver of innovation and entrepreneurship in Europe by connecting startups with the experts and resources they need to grow. From developing AI-assisted smart eyewear for people with vision loss to using drones for viticulture, our alumni are changing the world for the better. The MassChallenge Switzerland Founding Partners are Barry Callebaut, Bühler, GEA, Givaudan, Inartis Foundation, Nestlé, Swiss Economic Forum.