How MassChallenge Forged a Partnership to Send Startups to Space 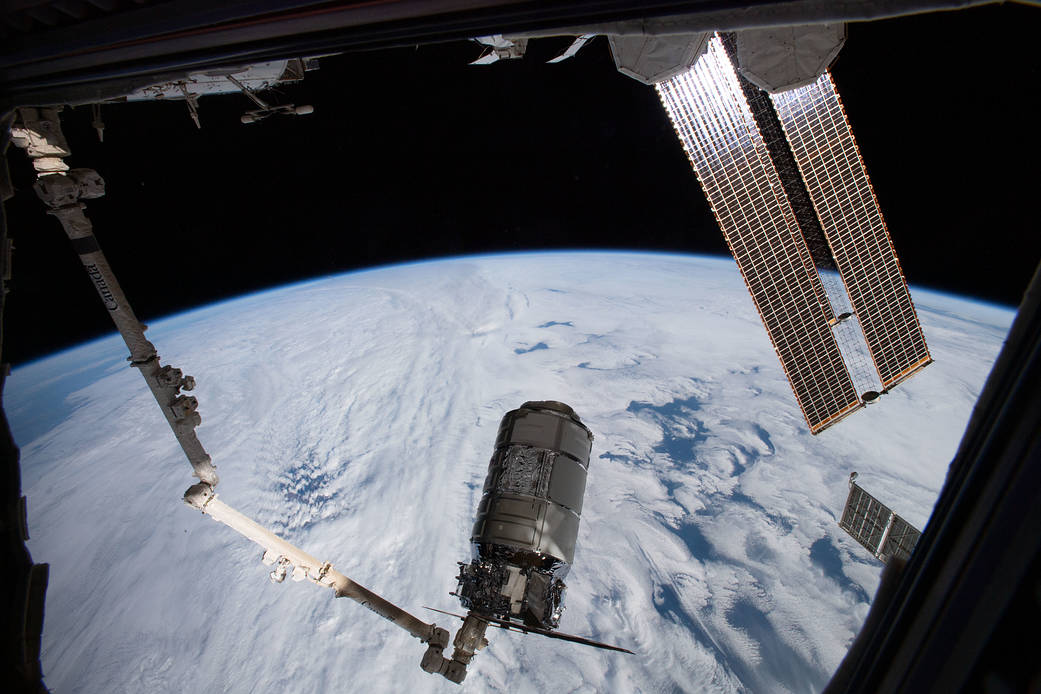 Since inception, the Center for the Advancement of Science in Space (CASIS), manager of the International Space Station U.S. National Laboratory (ISS National Lab), has sought unique ways to engage with the startup community and bring awareness of the possibilities available to enhance products and business models back on Earth by leveraging the microgravity environment onboard the orbiting laboratory.

In 2013, CASIS began their partnership with MassChallenge to better educate those within startup communities on the possibilities that existed on the orbiting laboratory, and that they were available to all types of researchers, not just those that represented huge companies. Above all else, CASIS wanted to provide space-based opportunities for bold, innovative, and quality research, regardless of size.

One of the hurdles CASIS knew they would face initially was educating private sectors and then stimulating demand for sending research under ISS National Lab sponsorship. They worked with a variety of partners on this objective, and in 2014 CASIS partnered with Boeing to award grants through a MassChallenge Boston “Technology in Space” prize. Grants to awarded companies provided seed funding and assisted with hardware costs for flight to the space station. This partnership constantly feeds innovative research to the orbiting laboratory which has the ability to further scientific knowledge and support the development of an economy in low Earth orbit.

CASIS and Boeing have collectively funded more than $4.5 million to further research that has resulted in multiple case studies used to attract other partners to take advantage of the unique environment of the orbiting laboratory through the MassChallenge accelerator program.

As of 2020, CASIS continues to work through the MassChallenge program together with Boeing to support and fund the Technology in Space prize for startups that have the ability to leverage the ISS National Lab. Like many other MassChallenge partners, CASIS and Boeing actively participate with the MassChallenge startup cohorts, including being involved with seminars, events, and vetting of research applications to select the most space-based appropriate concepts for awards and flight to the ISS.

Since then, more than 20 research concepts have been awarded for flight opportunities to the ISS National Lab creating a successful steady cadence of quality science that adds to the space station’s research portfolio that brings value back to our nation.

Biotech company Angiex is pioneering a vascular therapy for solid tumors with the potential to treat 90% of cancers. In preclinical studies on mice, an Angiex antibody-based therapeutic drug regressed solid tumors but needed to be tested on human cells. They utilized the ISS National Lab to test the novel cancer therapy that targets both tumor cells and the endothelial cells of tumor blood vessels. In microgravity, endothelial cells show a persistent state of reduced cell growth, which is similar to cell behavior in the human body.

Angiex was awarded the MassChallenge Technology in Space prize in 2016 and their experiment launched to the ISS in June of 2018 on SpaceX’s 15th commercial resupply mission to the space station.

Though an experienced entrepreneur, Angiex was Paul Jaminet’s (founder and CEO) first Life Sciences company. During the program, Angiex was encouraged to connect with Boeing and pursue the Technology and Space prize. Looking to keep a low profile with their technology still in development, the relationship they formed with Boeing and ISSNL allowed Angiex to gain funding and continue to produce data and advance their solution. The ISS experiment helped them explain the novelty of the company’s approach to cancer therapy.

Through the ISS experiment, AngieX was able to replicate previous results and confirm that endothelial cells in space were indeed less likely to move or proliferate. In addition, the cells in space were resistant to the therapy at doses that destroyed cells on Earth. These cells also displayed different morphology and behavior in the microgravity environment.

AngieX also discovered some unexpected business advantages by doing research on the ISS. According to a ISS360 guest blog written by Jaminet, working with ISS National Lab opened new doors with investors, business partners, and scientists who were intrigued by their space-based research.

“If you asked me in 2016 if I thought that NASA would be one of our bigger funders or partners, the answer would have been no.”

LambdaVision is an innovative biotech developing a protein-based artificial retina to restore vision to the millions of patients blinded by retinal degenerative diseases, including retinitis pigmentosa (RP) and age-related macular degeneration (AMD).

LambdaVision entered MassChallenge with the intention to broaden their network, establish and refine their business proposal, secure additional funding, and potentially fill some spots on their Board of Directors. It was a comprehensive list of items. Partnering with NASA and the ISS National Lab to manufacture their artificial retina on the space station was not on that initial list.

“I never really thought of conducting research in space or low Earth orbit as a possibility for LambdaVision,” said Dr. Wagner. “Not because I could not imagine it, but because there was no direct path to doing any of that research. At our core, we are an optical vision company, and we just did not have the expertise or experience working in a microgravity environment or conducting experiments in space.”

However, quickly into their first month at MassChallenge, Dr. Wagner was introduced to a representative from CASIS interested in startups and technologies that could leverage the ISS National Lab to advance their research in a microgravity laboratory setting, which enables experiments that cannot be done on Earth.

Microgravity turned out to be the very solution to the obstacle LambdaVision was facing in their production. “We talked to many engineers and contract manufacturing organizations about different ways that we can improve how we manufacture the artificial retina here on Earth: can you spray it? Can you dip it? Can you spin coat it? All different types of options. There are challenges with each, which are often influenced by the effects of gravity. In a microgravity environment, conditions are more homogenous, and issues like sedimentation are less of a concern.”

The relationship developed to include another MassChallenge partner, Boeing, which together with CASIS connected LambdaVision to their implementation partner, Space Tango. In December 2018, LambdaVision launched their experiment to the ISS on SpaceX’s 16th commercial resupply services mission to advance the development of their retinal implant that hopes to restore vision to patients with retinal degeneration. In 2020, LambdaVision, along with Space Tango received a NASA award of $5 million to continue the development of the implant through additional studies onboard the ISS. They were also awarded a Small Business Innovation Research Phase II award (SBIR) worth $750,000 over two years.

RevBio (formerly LaunchPad Medical) has created the world’s first synthetic bone adhesive to stabilize metal hardware and repair fractured bone, Tetranite™. They were awarded a MassChallenge Technology in Space Prize from CASIS and Boeing in 2015. 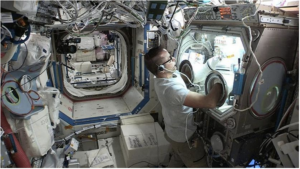 “Winning the Technology in Space prize, in one sense, it was validation of our material and potential, but it also made us realize the impact MassChallenge provides by opening doors like this. Startups can be innovation engines that drive economic growth; however, we need support systems to accelerate our efforts and make it happen. The resources and network that MassChallenge provides is working evidence of a framework accelerating innovation. Due to this grant from CASIS and Boeing, we have a shot to gain exposure on a global stage.” – Brian Hess, Founder & CEO

RevBio entered MassChallenge in 2015 confident they had a tremendous biomaterial technology; however, they knew they needed a launchpad to hone their business strategy. Getting a medical device fully developed, validated, and through regulatory approvals is a long journey, and MassChallenge gave them a window to create a more sophisticated prototype, and much greater visibility to potential partners and funding opportunities.

It was at a presentation from CASIS at MassChallenge that RevBio learned that about the effects of microgravity on astronaut bone health, and that even a short stay in reduced gravity can cause loss of bone mass. This was an unrealized possibility for RevBio to pursue, with Boeing and CASIS becoming very impressed with the work Brian and his team were doing. Getting guidance on how best to apply, RevBio was awarded the Technology in Space Prize, and launched their experiment focused on the response of osteoblasts (a bone subtype) to Tetranite on the ISS.

Since their initial work with CASIS in leveraging the ISS National Lab, RevBio have secured millions in additional funding, as well as an additional flight experiment scheduled for late 2021. The new data from these research experiments has given RevBio significant credibility for their startup within the med-tech industry and has helped optimize their path towards commercialization.

miniPCR democratizes DNA experimentation. Their platform enables DNA analysis at a fraction of the cost and through a simple and educational interface. miniPCR puts DNA technology in the hands of students through the Genes in Space program, a science competition for students grades 7-12.

MiniPCR was introduced to CASIS and Boeing during the MassChallenge 2014 cohort and Boeing saw significant potential for the machine developed by miniPCR bio that allows crew members to make copies of specific segments of DNA on the ISS. miniPCR is now available for use by students and professional researchers alike to evaluate DNA within the extreme and unique environment of space.

“There was a moment, very early on when the idea of working with NASA was first introduced to us, and we were like ‘a PCR machine on the space station?’ and we essentially rolled on the floor laughing. We thought it was a complete pipe dream. And then a year later, there we were. In space. Crazy.” – Sebastian Kraves, co-founder of miniPCR.

miniPCR started as a passion project by two scientists, Ezequiel Alvarez-Saavedra and Sebastian Kraves. After bootstrapping for a few years, they were encouraged to advance their project and applied for MassChallenge. There, they took significant advantage of the mentorships available in the program which gave them direction and expertise about where they could look for advancement for their unique technology.

They were noticed by both the CASIS and Boeing teams during the 2014 program. A collaboration began that led to the development of the Genes In Space Education Challenge where thousands students all over the world  propose experimental concepts to be leveraged through miniPCR on the ISS. This included Time’s first-ever kid of the year 2020, 15-year-old Gitanjali Rao. When Rao was 12, she was part of a team of students that won a Junior Scientist Award in the 2018 Genes in Space competition designing an experiment to study the genetics of plant growth regulation in microgravity.

The program is now over 6 years old, had more than 500 applicants in 2020, and has no signs of stopping!