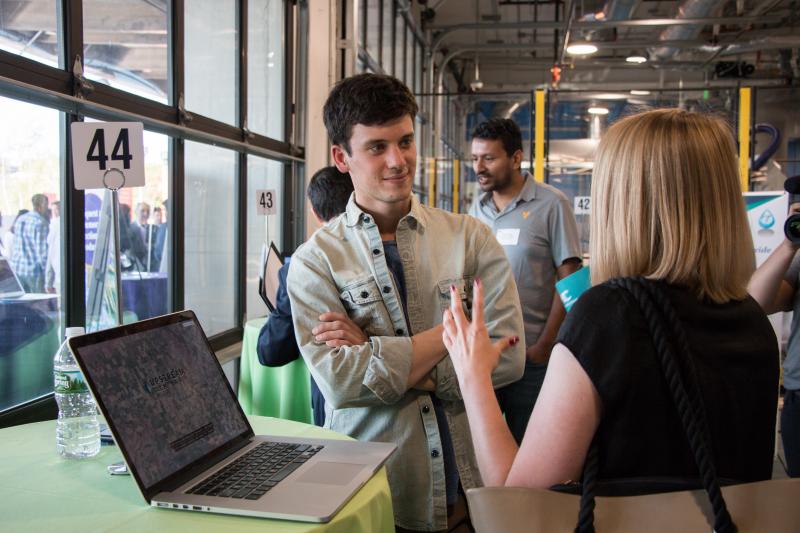 We’re excited to announce the 30 startups joining our inaugural MassChallenge Rhode Island cohort, which represent the most-promising innovations across industries and regions around the world, including four countries and six U.S. states. Together, these startups were selected by a group of expert judges from close to 400 applications based on their potential to create widespread impact.  Of the startups selected:

We’re also proud to share that 53% of the cohort has at least one female founder, well above the industry average. This is reflective of our efforts to foster a more inclusive ecosystem, where women from all backgrounds have the opportunity to launch and scale their businesses.

As part of the first-ever cohort, entrepreneurs will have unrivaled access to top corporate partners, expert mentorship, tailored curriculum, and dynamic co-working space – all at zero cost and for zero equity. In addition to support and resources in Rhode Island, startups will also have access to the global innovation ecosystem that exists in Boston.

On October 17, 2018, the accelerator program will culminate at the MassChallenge Awards in Boston, where the most-promising startups will compete for shares of $50,000 in equity-free awards.

A Note from Andrew Mallon, Program Director
“The quality of our inaugural cohort not only demonstrates the potential impact of entrepreneurship, but the strength of the Rhode Island innovation ecosystem as well. With support from corporates, mentors, and innovation enthusiasts across the state, promising startups from all backgrounds will have an opportunity to successfully launch and scale – making our society more collaborative, optimistic, and effective along the way.”

Flexify.IO
Russia
Flexibility to store your cloud data where and when you want it with multi-cloud virtualization and no-downtime migration between clouds

About MassChallenge
MassChallenge is the most startup-friendly accelerator on the planet. No equity and not-for-profit, we are obsessed with helping entrepreneurs from all backgrounds, industries, and regions around the world. We also reward the highest-impact startups through a competition to win a portion of several million dollars in equity-free cash awards. Through our global network of accelerators in Boston, Israel, Mexico, Rhode Island, Switzerland, Texas, and the UK; and unrivaled access to our corporate partners, we can have a massive impact – driving growth and creating value the world over. To date, 1,500 MassChallenge alumni have raised over $3 billion in funding, generated approximately $2 billion in revenue, and created over 80,000 total jobs.