MassChallenge Announces Four New Appointments to Board of Directors 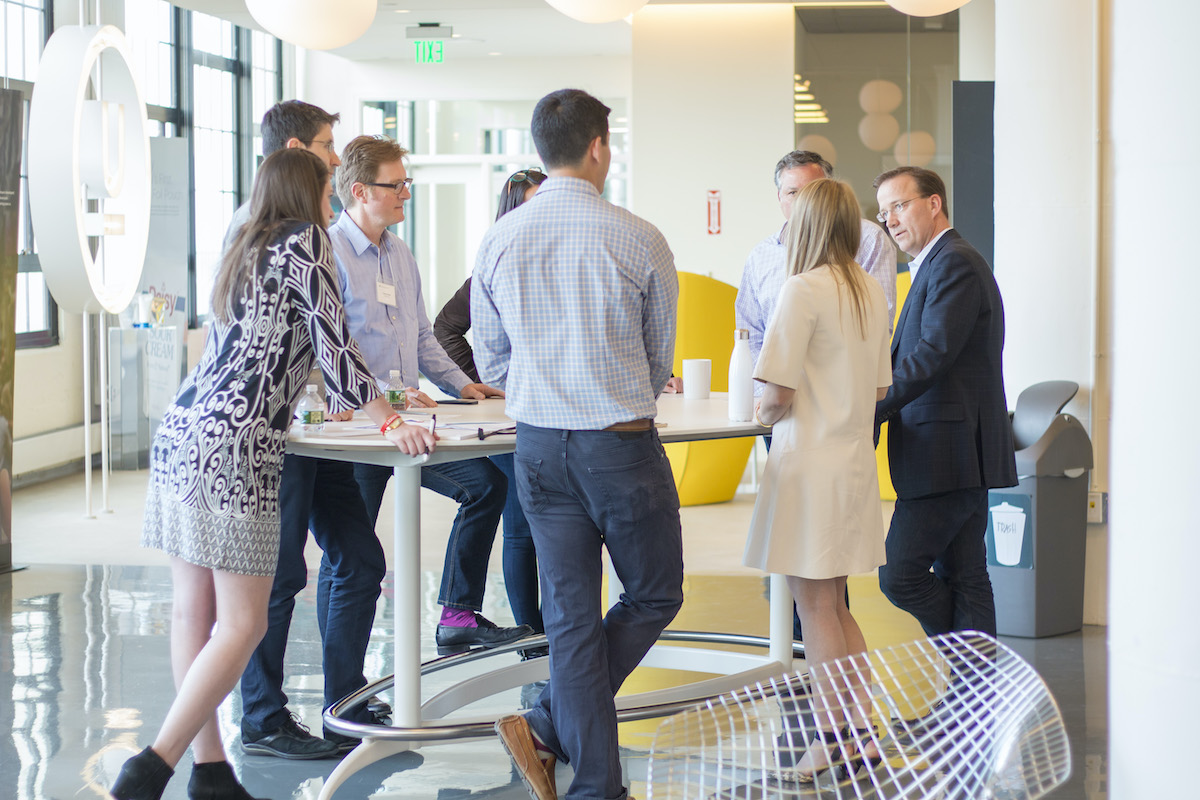 June 9, 2020 (Boston) – MassChallenge, a global network of zero-equity accelerators, today announced the appointment of four new members to its global Board of Directors.

Fiona E. Murray, the Associate Dean of Innovation and Inclusion at the MIT Sloan School of Management, was appointed to MassChallenge’s Board of Directors in December 2019; and William “Mo” Cowan, President of Global Government Affairs and Policy and Developed Markets for General Electric Co., Michael R. Fanning, Head of MassMutual U.S., and Travis McCready, Principal at Puddingstone Consulting, were appointed in April 2020.

“Fiona, Mo, Mike, and Travis all bring unique experiences and perspectives to the MassChallenge global Board of Directors which will make this Board and MassChallenge even stronger,” said Siobhan Dullea, CEO of MassChallenge. “With decades of experience as leaders in their respective fields, these new board members are passionate about MassChallenge’s commitment to entrepreneurs around the world and will help us evolve our strategy to better serve our startups, our partners, and our communities.”

U.S. Senator William “Mo” Cowan (retired) is President, Global Government Affairs and Policy and Developed Markets for General Electric Co. (GE), responsible for directing the company’s government relations and public policy engagement in the United States and around the world. On January 30, 2013, Governor Deval L. Patrick appointed Mo to serve as interim United States Senator upon the resignation of John F. Kerry. During his Senate term, Mo served on the Senate Agriculture, Commerce, and Small Business Committees, and co-chaired the Subcommittee on Nutrition, Specialty Crops, Food and Agricultural Research (Commerce Committee). Cowan is a member of the US Association of Former Members of Congress. He also serves on the governance boards of the Edward M. Kennedy Institute for the United States Senate, Massachusetts General Hospital, and Eastern Bank Corporation. Cowan is a graduate of Duke University and Northeastern University School of Law. He holds honorary degrees from Georgetown University, Newbury College, and Bridgewater State University.

Mike Fanning is the head of MassMutual’s domestic U.S. insurance, wealth management and retirement businesses, serving more than five million individual and institutional customers with a broad range of financial solutions. Prior to taking on his current leadership role, Fanning led MassMutual’s domestic insurance business, which saw substantial growth under his leadership, including industry-leading sales growth of individual and whole life insurance offerings, completion of the 2016 acquisition of the MetLife Premier Client Group, significantly expanding MassMutual’s distribution footprint, and the launch of several innovative approaches to reach more customers directly, including Haven Life. Fanning is an industry authority on insurance and retirement and has served as a member of the board of LIMRA and LOMA, collectively known as LL Global. In addition, he has been a contributor to A.M. Best publications, The Wall Street Journal, The Huffington Post and other nationally recognized magazines and journals. Fanning is a graduate of Brown University with degrees in Economics and Organizational Behavior and Management.

Travis McCready has over 25 years of experience leading public, private, and nonprofit ventures that advance economic, community and public policy goals.  A lawyer by training, McCready recently joined Puddingstone Consulting, a boutique health care and health tech advisory firm, working with clients to transform health care delivery and drive economic impact in the US. McCready has held key executive leadership positions at numerous institutions across the Commonwealth of Massachusetts, including President & CEO of the $1.6B life sciences funding agency Massachusetts Life Sciences Center, VP of Programs & Community Investments at the Boston Foundation, Executive Director of the Kendall Square Association, and COO & CFO of the Massachusetts Convention Center Authority. McCready is the co-chair of the Academic Institute Advisory Board at Atrius Health and serves on the boards of Lever, the Conservation Law Foundation, and the Institute of Contemporary Art, Boston; he has served on the Economic Development Planning Council under two governors and has been appointed to serve on statewide initiatives ranging from the arts to advanced manufacturing. A native of Brooklyn and Harlem, New York, McCready received his bachelor’s from Yale University, and his juris doctorate from the University of Iowa.

Fiona Murray is the Associate Dean of Innovation and Inclusion at the MIT Sloan School of Management, William Porter (1967) Professor of Entrepreneurship, and an associate of the National Bureau of Economic Research. She is also the co-director of MIT’s Innovation Initiative. She serves on the British Prime Minister’s Council on Science and Technology and has been awarded a CBE for her services to innovation and entrepreneurship in the UK.
Murray is an international expert on the transformation of investments in scientific and technical innovation into innovation-based entrepreneurship that drives jobs, wealth creation, and regional prosperity. Murray received bachelor’s and master’s degrees from the University of Oxford in Chemistry. She subsequently moved to the United States and earned a master’s degree and a PhD from Harvard University in applied sciences.

MassChallenge is a global network of zero-equity startup accelerators. Headquartered in the United States with locations in Boston, Israel, Mexico, Rhode Island, Switzerland, and Texas, MassChallenge is committed to strengthening the global innovation ecosystem by supporting high-potential startups across all industries, from anywhere in the world. To date, more than 2,400 MassChallenge alumni have raised more than $6.2B in funding, generated more than $3B in revenue, and created more than 157,000 total jobs. Learn more about MassChallenge at masschallenge.org.