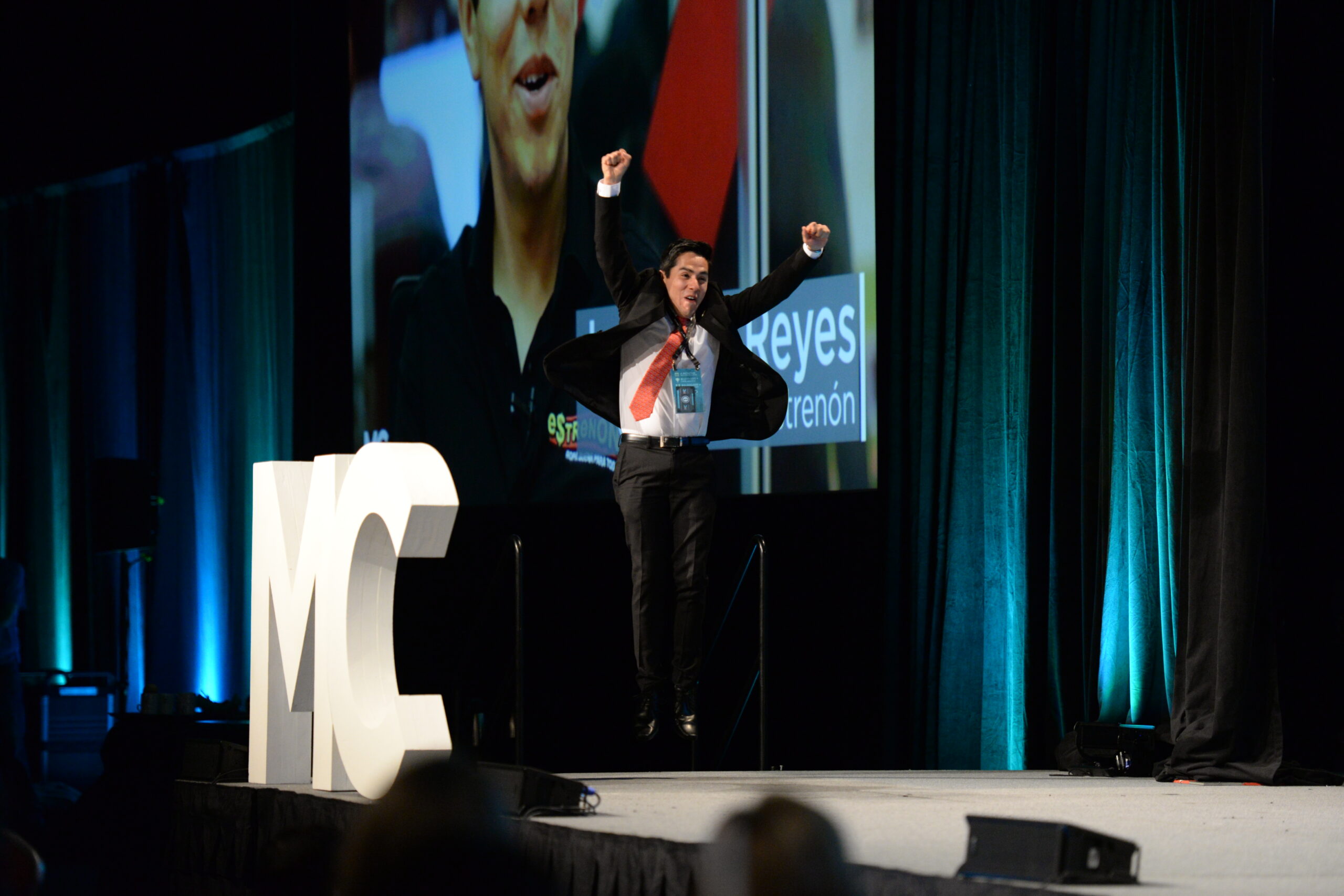 AUSTIN, TEXAS – MassChallenge, a global network of startup accelerators, will launch its newest program in the Austin/San Antonio region. Through an Austin-based accelerator and statewide programming, MassChallenge Texas will accelerate up to 100 high impact, high potential companies, which will compete for up to $500,000 in equity-free cash awards.

To spearhead efforts in Texas, MassChallenge has appointed Mike Millard as Managing Director. Deeply embedded in the region’s innovation community, Mike has held senior positions at Ascension, Austin Ventures, and AT&T Knowledge Ventures. With expertise in corporate innovation, venture capital, and tech commercialization, Mike is also an entrepreneur he currently serves as Founder and CEO of Pitch-a-Kid, an Austin-based event series that connects startups to the next generation of entrepreneurs.

MassChallenge will support the Texas ecosystem through its deep experience in key industries, including healthcare, clean energy, hardware & manufacturing, biotech, consumer tech, and social impact. In addition to the early-stage startups participating in the 2018 accelerator, MassChallenge expects to support hundreds more entrepreneurs through community-building activities, tailored programming, and ecosystem development across the state. The not-for-profit is also focused on fostering collaboration by connecting large corporations with the startup community.

Todays news that MassChallenge is opening an Austin office makes us an even better home for innovation. This is good news for Austin and its great news for our local innovators, said Mayor Steve Adler, City of Austin.

We see a familiar innovative spirit and unique vision in MassChallenge and Southwest is excited to give some lift to its future success, stated Heather Figallo, Senior Director, Innovation & Labs at Southwest Airlines. MassChallenge is a great example of the type of organization we want to support as we work across the United States to set up future innovative companies for success, growth and like Southwest–opportunities to change the world one innovation at a time.

Innovation will enable USAA to meet the needs of its members now and in the future, said Zack Gipson, Chief Innovation Officer of USAA. We are honored to be a founding corporate partner of MassChallenge Texas. This relationship will surface new ways for us to serve our members, further strengthen our commitment to our local technology community, and support entrepreneurs in helping reshape how companies do business.

“In Texas’ vibrant and dynamic innovation ecosystem, it’s often hard for startups and large organizations to know how to partner with each other. As an innovation firm in Austin, we have a unique perspective on the dynamic exchange of new ideas between diverse groups of inspired people, said Jeff Mulhausen, founding partner of Upstream. Were thrilled to have MassChallenge join the Texas community and advance the fabric that brings startups together with the public and private sectors to solve big problems in powerful new ways.”

“I want to be the first to welcome MassChallenge to Texas and look forward to working with them to support Texas entrepreneurs.” said Joshua Baer, Executive Director of Capital Factory. “One of the things Texas needs most is connections to capital and corporations in other geographies.”

“In collaboration with public and private partners acrossthe state, MassChallenge Texas will further activate the region’s innovation ecosystem to attract and support the world’s best startups,” said Scott Bailey, Executive Director of North America at MassChallenge. “We believe that Texas is a global destination for entrepreneurs, and we’re excited to help bring the innovation community together to help support entrepreneurs, create jobs, and drive growth.”

MassChallenge Texas Board of Advisors

MassChallenge is the most startup-friendly accelerator on the planet. No equity and not-for-profit, we are obsessed with helping entrepreneurs across any industry. We also reward the highest-impact startups through a competition to win a portion of several million dollars in equity-free cash awards. Through our global network of accelerators in Boston, the UK, Israel, Switzerland, Mexico, and now Texas; and unrivaled access to our corporate partners, we can have a massive impact – driving growth and creating value the world over. To date, 1,211 MassChallenge alumni have raised over $2 billion in funding, generated approximately $900 million in revenue, and created over 65,000 total jobs. For more information, please visit masschallenge.org.

MassChallenge Texas will be an amazing addition to the Lone Star States innovation ecosystem. Its unique zero-equity accelerators aim to network startups in Austin with fellow founderati in Houston, Dallas, and San Antonio, and beyond with Boston, Israel, Mexico, Switzerland, and the UK. – Bob Metcalfe: Professor of Innovation, University of Texas at Austin

“MassChallenge Texas represents another quantum step in our states evolution as global tech leader.  Not only will the impact be massive, but every participating entrepreneur gets instant connection to global markets.  It is truly unique how the MassChallenge program brings together all the best entrepreneurs, mentors and experts — all at no cost to any of them. I salute our state and city leaders for their assistance in bringing MassChallenge to Texas.” – Pike Powers: Austin tech leader and CEO of Pike Powers Group

“The addition of MassChallenge to the Austin innovation ecosystem is a significant step in our communitys continued growth as one of the worlds top cities for startups, entrepreneurs, founders, and funders,” said Hugh Forrest, SXSW Chief Programming Officer. This continued growth is one of the many reasons so many creative thinkers from around the world love coming to Austin every spring for SXSW. – Hugh Forrest: Chief Programming Officer, SXSW

“MassChallenge provides an incredibly powerful tool to develop a regional innovation ecosystem on a large scale — yet they are funded almost exclusively by the Fortune 1000 to scour the world for new innovations, partners, and acquisitions. This is perhaps the world’s best public policy tool for entrepreneurship, where all players are deeply and sustainably incentivized to pursue ambitious economic gains.” – Larry Peterson: Executive Director, Texas Foundation for Innovative Communities

MassChallenge brings a unique approach of support for startups. In addition to their zero-equity model and global community, their accelerator programs educate young companies by adding a layer of fundamentals at the base of the pyramid that provides entrepreneurs a strong foundation to launch themselves into the ecosystem. True Wealth Ventures is excited to work with MassChallenge Texas and help develop the next generation of entrepreneur prepared with thoughtful details about their business appropriate for all audiences. – Kerry Rupp: General Partner, True Wealth Ventures

The addition of MassChallenge to the Texas innovation ecosystem brings enhanced connections for the worlds most promising startups. MassChallenge Texas brings a proven and successful accelerator to the state of Texas that overlays the entrepreneurial ecosystems that already exists in the major cities across this large state, providing entrepreneurs a community of partners across the entire landscape including other incubators, accelerators, corporations, co-working spaces, investment firms, governments and universities. We are excited to work with MassChallenge to build bridges and forge the connections entrepreneurs need to be successful. – Mitch Jacobson: Director, ATI Clean Energy Incubator

Evident in the startup communities throughout Texas exploding with founders, mentors, and corporate support, innovation is increasingly shifting from the coasts, and Austin is hungry for the focus and expertise that a program like MassChallenge provides for entrepreneurs.  Galvanize, Techstars, and Founder Institute, and now MassChallenge, are forging the path for Texas startups to the world and from investors and mentors throughout the world to entrepreneurs here – and it’s MassChallenge’s approach to accelerating new ventures that accelerates Texas. – Paul O’Brien: Founder, MediaTech Ventures

We are excited to help MassChallenge bring its unique zero-equity, no strings attached accelerator model to the growing Texas innovation ecosystem. Their platform provides startups opportunities for collaboration with a community of Fortune 500 corporate partners. Transparency is a key to success, and MassChallenge’s transparent goals and incentives, along with their commitment to transparency from the startups going through their program, makes MassChallenge an invaluable addition to Austin, and Texas. – Joe Milam: Founder, AngelSpan

“We rank Austin as the sixth highest performing city for startups in the US. Bringing together Texass startups and corporations through MassChallenge is a great recipe for further growth and opportunity. – Ed Egan: Director, McNair Center for Innovation + Entrepreneurship at Rice University

“Impact Hub and MassChallenge have been trusted and collaborative partners for years in the North East and we know, from their success, that having MassChallenge come to Texas will only strengthen our communities and the innovation that lies within them.” – Ashley Phillips: Managing Director, Impact Hub Austin

The spirit of entrepreneurship inspires the Greater Houston Partnership to work with community-minded leaders who want to be involved in the positive growth of the regions Innovation Economy and create a stronger startup ecosystem. MassChallenges values align with our vision for a more cohesive region. The addition of MassChallenge Texas to our ecosystem will connect communities across the state and bring the best out of each region toward our common goal.– Jon Nordby: VP of Talent and Innovation, Greater Houston Partnership

There are multiple dimensions to the MassChallenge difference. But, they all trace to the entrepreneur-first mentality. That mentality is the source of their zero-equity approach. It drives how resources are delivered, to give startups the foundation they need to be successful. It was the motivation behind MassChallenge’s innovative software platform, enabling meaningful mentor engagement for the mass of companies in their portfolio, producing the success they’ve experienced. We are eager to see MassChallenges model in Texas and to work with the Texas team and partners – from all corners of industry – to help entrepreneurs win. – Steve Guengerich: Executive Director, Institute for Innovation and Entrepreneurship at UT Dallas and MassChallenge Texas Mentor

“The exposure and the network that came with being a part of MassChallenge were key in helping us transform from a good idea into a fundable business. Through the accelerator we were connected with experts who had the deep management expertise that we needed and we were introduced to investors who had a passion for the social mission we were pursuing. I’m thrilled that MassChallenge is taking this model to Texas where I know the culture is right for it!” – Avi Wolfson: Global Marketing Manager, GE; former Co-Founder of Cyroocyte, MassChallenge Boston 2012 and native Texan

For Drinkwell, MassChallenge was transformative. At first, we weren’t sure how we MassChallenge could help as our focus was on eradicating the arsenic water crisis in Bangladesh, the largest mass poisoning in human history that was taking place 7,000 miles away from Boston. We were proven wrong. From mentors who built successful businesses in South Asia who guided our go to market strategy to fellow entrepreneurs who gave advice on how to hire well and chart a realistic product map from their experiences building companies in the US, we found what made MassChallenge unique was the unmatched ecosystem of support that is all-in on helping you grow your business no matter what stage you’re in, what industry you are disrupting, or what corner of the globe you are operating in. The fact that the program includes free office space, tailored workshops that provide a fundamental business education, as well as hundreds of thousands of dollars in equity free cash only further cements MassChallenge as one of the best platforms an entrepreneur can participate in to grow their ventures. Were grateful to have been part of this accelerator and are excited to watch them grow the Texas innovation ecosystem for startups and new corporate partners. – Minhaj Chowdhury: CEO, Drinkwell, MassChallenge Boston 2014