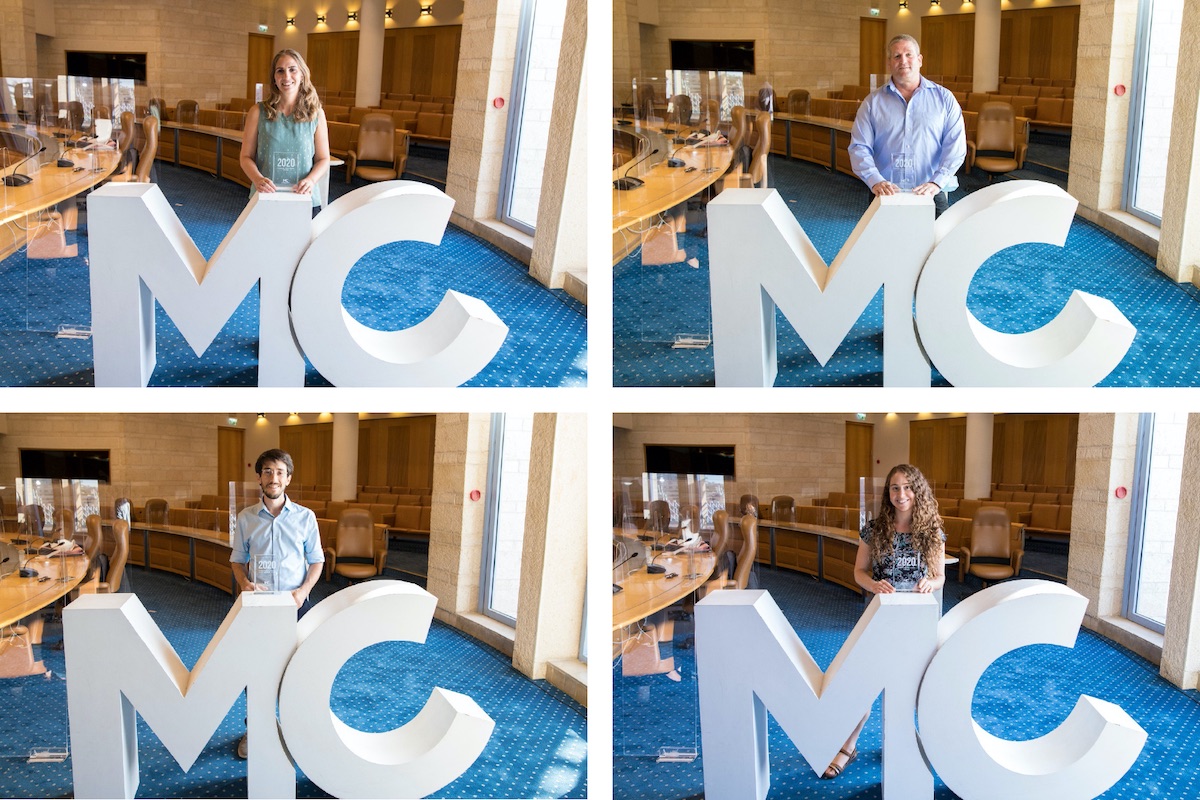 Held at City Hall in Jerusalem, the 2020 MassChallenge Israel Awards Celebration brought together entrepreneurs and key partners across multiple industries. The 2020 prize winners were selected from a pool of nearly 400 applicants from 36 countries around the world. The top nine startups will all participate in a MassChallenge Israel Roadshow to New York and Boston in early 2021.

“We are proud to be an integral part of the global startup ecosystem headquartered in Jerusalem. Even while running the accelerator virtually, we were able to connect startups to key stakeholders and global partners enabling the 2020 startups to continue to grow their businesses from around the world,” said Yonit Serkin, Managing Director, MassChallenge Israel.

“MassChallenge is one of the world’s leading and most important startup accelerators,” said Mayor Moshe Lion, Mayor of Jerusalem. “MassChallenge is a catalyst for economic growth and has a significant impact on the community here in the city of Jerusalem creating thousands of jobs in the city and bridging together the best universities, hospitals and research centers. Entrepreneurs are building a better future for Jerusalem and the entire world.”

“MassChallenge’s mission – to strengthen the global innovation ecosystem by accelerating high potential start-ups across all industries – complements one of the U.S. Embassy’s priority goals: strengthening the U.S.-Israel economic relationship and supporting Israeli-Palestinian economic engagement,” said Lisa Bess Wishman, Director of the US Embassy’s American Center Jerusalem (ACJ). “The Embassy is proud to play a part and lend its support to MassChallenge. Today’s awardees innovations will make not only our countries – but our planet – be all the better for it!”

The 42 startups in the 2020 MassChallenge Israel cohort were selected from a pool of nearly 400 applicants from 36 countries around the world. Since April, the 2020 cohort has participated in over 160 workshops lead by nearly 300 Israeli and International experts and mentors.

Throughout the three-and-a-half month accelerator, the startups have also had opportunities to connect with corporate partners and investors to refine and grow their businesses. The entire 2020 MassChallenge Israel cohort now joins the MassChallenge global community – a network of alumni, experts, and partners around the world.

All winners will participate in the MassChallenge Israel US Roadshow in 2021.

PainPal (Israel): PainPal is an on-demand and personalized telebehavioral health platform for people with chronic pain, aiming to transform how chronic pain is treated.

Paragon H2 (Israel): ParagonH2 reduces the environmental and financial costs of cleaning water, from salt or other dissolved pollutants, via a single device driven by hydrogen that cleans water while producing electricity at the same time.

WipeFlush (Israel): WipeFlush is a Cleantech Startup, redefining wipes. We are developing an affordable and environmentally-safe wipe that is similar to standard baby wipes but disperses like toilet paper.

MassChallenge is a global network of zero-equity startup accelerators. Headquartered in the United States with locations in Boston, Israel, Mexico, Rhode Island, Switzerland, and Texas, MassChallenge is committed to strengthening the global innovation ecosystem by supporting high-potential startups across all industries, from anywhere in the world. To date, more than 2,400 MassChallenge alumni have raised more than $6 billion in funding, generated more than $3.2 billion in revenue, and created more than 157,000 total jobs. Learn more about MassChallenge at masschallenge.org.