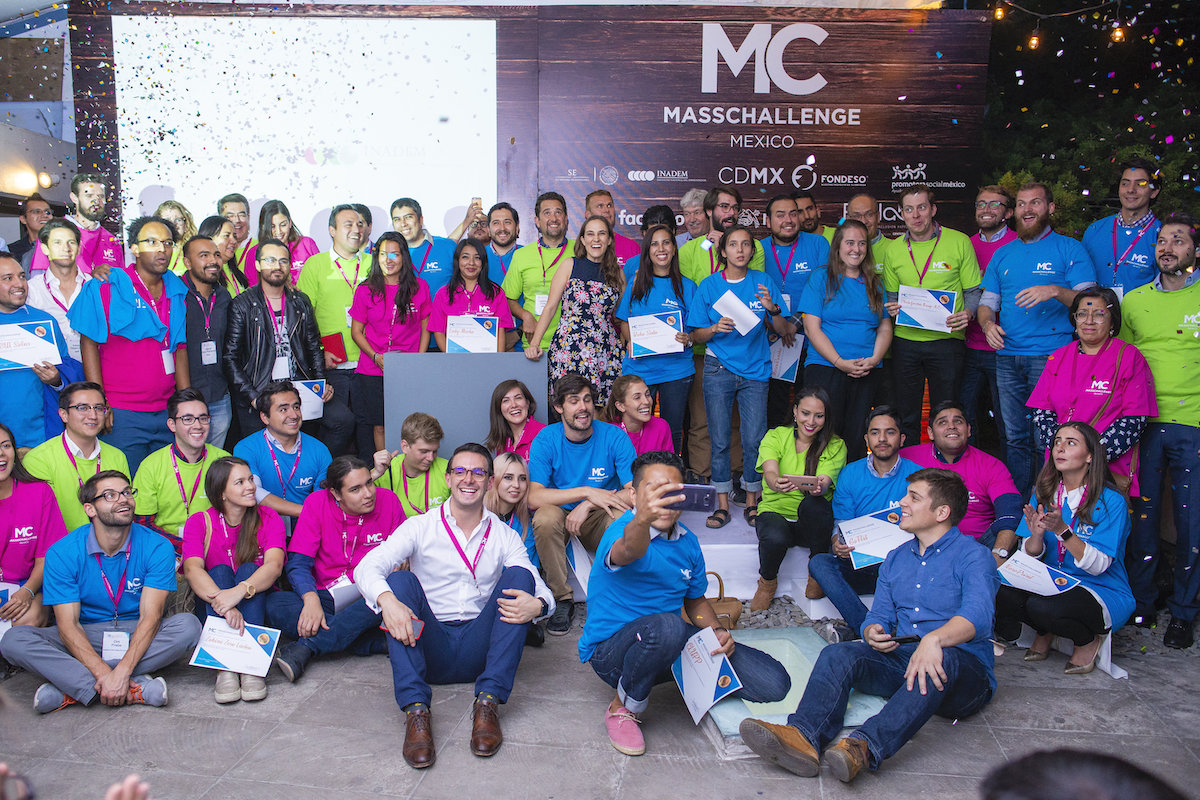 “This has been an exceptional year for us. This year we have the most diverse startup group in the 3 years of operation of MassChallenge México. We met from companies specialized in data management to beauty products based on honey”, commented Camila Lecaros, Managing Director of MassChallenge Mexico. “For MassChallenge Mexico, it is a commitment to help consolidate these business models that are innovating and that are becoming true game changers in Latin America”.

The announcement took place during the annual MassChallenge Awards event in Mexico City. During the event, two keynotes presentation were carried out by special guests. Tope Awatona, CEO of Calendly, spoke of the enormous potential that startups have for generating social change in emerging regions such as Latin America. The second conference was given by Ricardo Rentería, Sales Director of Amazon Web Services Mexico, who talked about the potential that startups have when using cloud services like those of their company.

Selected from the 34 startups that participated in the four-month accelerator program, the three prize winning startups were selected by a group of expert judges that based their decision on the startups’ potential of and the impact they can have on society. During the 2019 program, 34 startups were selected form an 800-applicant pool. From this selected group of startups, MassChallenge Mexico accelerated 56.7% startups with mixed gender founders, 23.3% only men and 20% only women.

Professionals from different branches donated more than 1200 hours between personalized advice, lectures and office hours, provided for the 34 selected startups.

Polybion (México): is a biofabrication platform that produces biomaterials, such as “Celium®” a biotextile that resembles leather and has very similar mechanical properties, with the advantage of reducing water footprint, being animal-free, carbon negative, and grown to dimension.

Facturedo (México): is a LatAm working capital financing online marketplace, that provides a transparent, economic and seamless tool for SMEs to obtain liquidity from their electronic invoices.

MassChallenge is a global network of zero-equity startup accelerators. Headquartered in the United States with locations in Boston, Israel, Mexico, Rhode Island, Switzerland, and Texas, MassChallenge is committed to strengthening the global innovation ecosystem by supporting high-potential startups across all industries, from anywhere in the world. To date, our 2,344 MassChallenge alumni have raised more than $5 billion in funding, generated more than $2.7 billion in revenue, and created more than 136,000 total jobs. Learn more about MassChallenge at masschallenge.org.