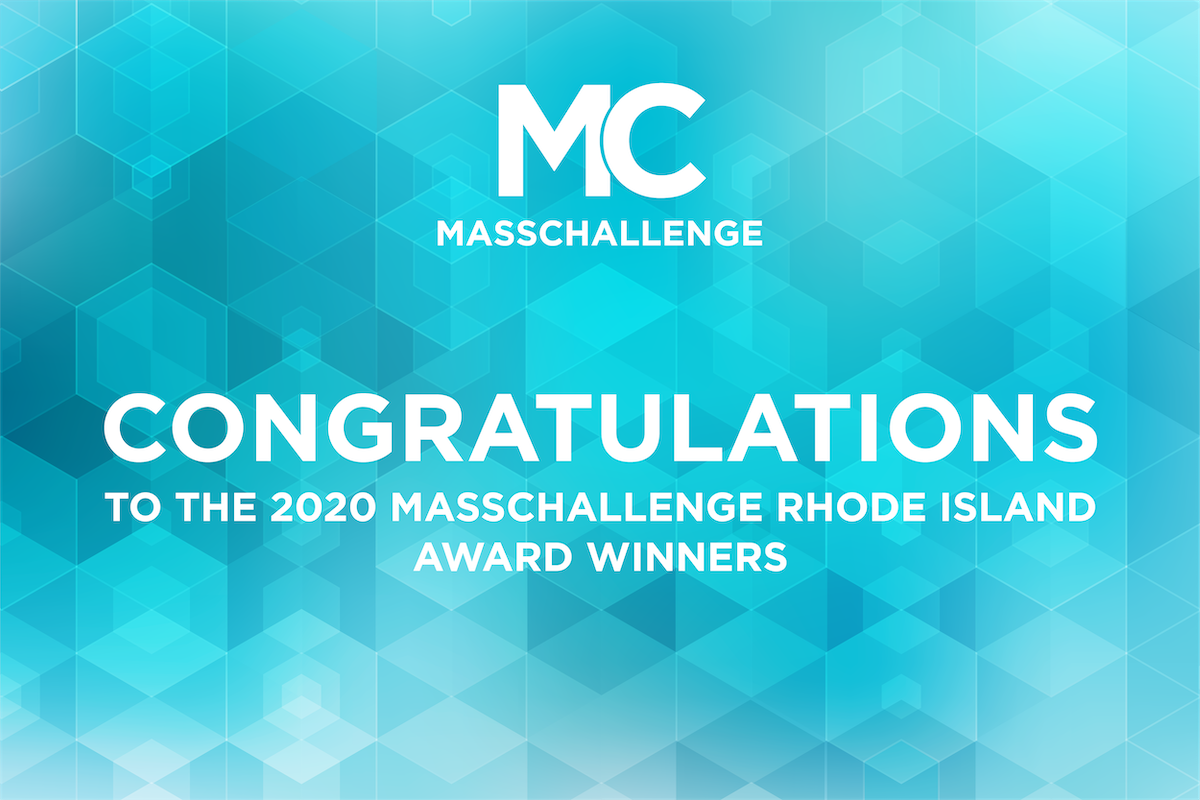 “Over the last four months, we’ve seen the Rhode Island ecosystem double-down on its commitment to founders, entrepreneurship, and innovation. These stakeholders are the cornerstone of our community and their efforts to advance startups from areas in and outside of New England has helped spark entrepreneur-driven economic growth during this uncertain time,” said Hope Hopkins, Managing Director of MassChallenge Rhode Island. “These efforts were a success. The 30 startups, ended the program with $12.2M in funding, $2.7M in revenue, and 167 jobs across the cohort.”

“This year has brought an enormous amount of uncertainty to the world, and I want to commend all of the startups who, despite this, doubled down and went for it. They showed incredible passion, dedication and vision in pursuing their dreams, and pivoted to capitalize on new opportunities,” said Jill Ramussen, AVP of Innovation for Amica Insurance. “We at Amica want to congratulate the winners for an impressive race run. And for all those who participated – you are making a difference.”

To close out the 2020 cohort, the Rhode Island program financed by local partners awarded $100,000 in prizes to top startups during the MassChallenge U.S. Virtual Awards on October 22, 2020. In addition, MassChallenge Rhode Island founding partner FM Global awarded an additional $50,000 in cash prizes.

The MassChallenge U.S. Virtual Awards brought together more than 2,000 viewers for a livestreamed event to celebrate the transformative power of entrepreneurship. In total, MassChallenge and its partners awarded more than $1 million in cash and investment prizes to 34 startups from this year’s Austin, Boston, Houston, and Rhode Island accelerators. The event was hosted by Chris Denson of Innovation Crush, and featured a fireside chat between Arianna Huffington (Founder and CEO, Thrive Global) and Linda Pizzuti Henry (Managing Director, Boston Globe).

Airgility – $10,000 Award – (College Park, MD): Airgility’s ability to develop artificial intelligence that is hardware agnostic could increase the safety of those that work on elevated surfaces or inside confined spaces.

This year, the U.S. programs in Austin, Boston, Houston, and Rhode Island welcomed a total of 244 early-stage startups. Selected from thousands of applicants, the 2020 cohorts represent the best and brightest ideas tackling some of the world’s most massive challenges including affordable housing, Alzheimer’s disease, climate change, waste management and sanitation, and more. In total, the cohort represents 18 countries, 34 U.S. states and 5 industries: 36% High Tech, 32% Healthcare/ Life Sciences, 18% General/Retail, 7% Energy/Clean Tech, and 6% Social Impact; and 57% cohort has at least one female founder.