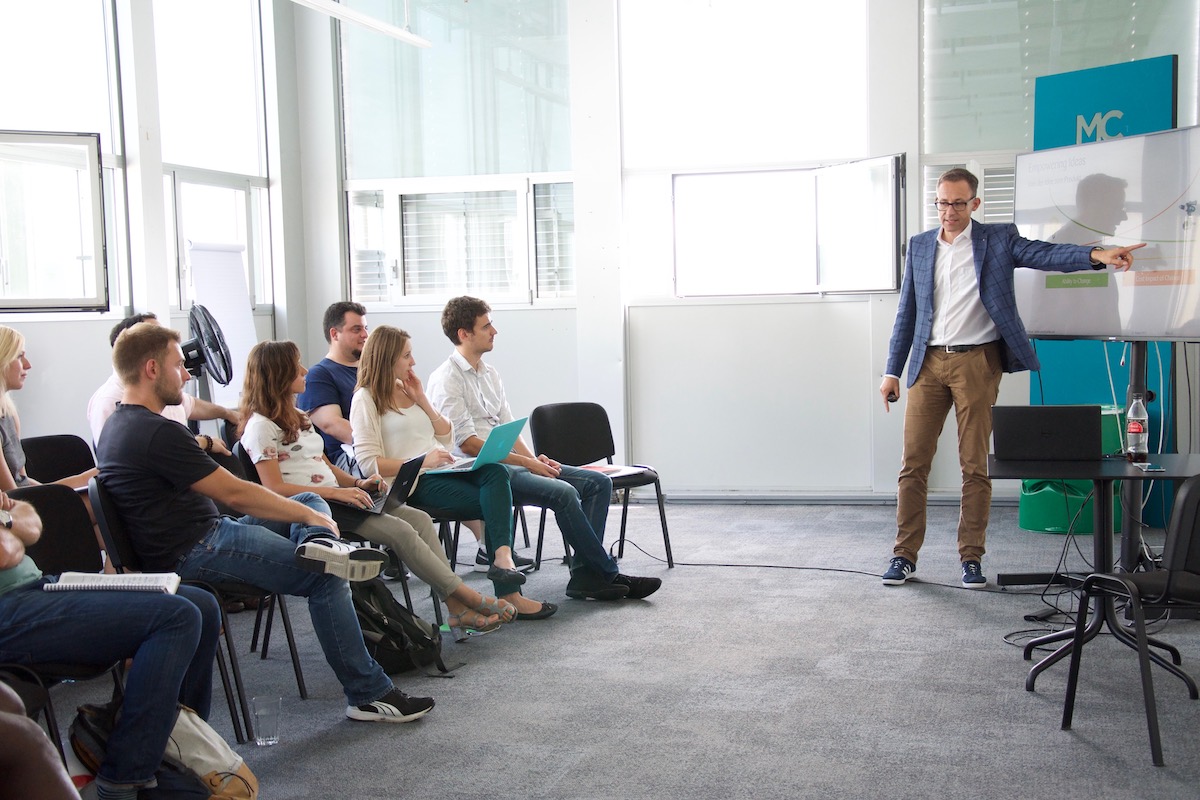 The 12 Finalists will now move into the final judging round, where they will compete for cash prizes that will be awarded at the MassChallenge Switzerland Awards Ceremony on October 30th, 2018 in Lausanne.

Renens, 10 October 2018 – MassChallenge Switzerland, part of MassChallenge’s global network of zero-equity startup accelerators, today announced the top 12 Finalists that will compete for the cash and in-kind prizes. The 2018 cohort’s prizes will be awarded at the MassChallenge Awards Ceremony on October 30, 2018 in Lausanne.

In 2018, MassChallenge Switzerland accelerated 51 startups; the top 12 startups were identified following an in-person pitch round that all 51 startups in the cohort participated in. Selected from more than 1’000 applicants – with more than 75% of applicants from outside of Switzerland – the 51 startups in the 2018 cohort represent 30 countries and five industries. Over the four month accelerator, the startups learned from more than 600 experts, 85 speakers, more than 350 hours of curriculum, and participated in more than 40 demo days and community events. Now at the end of the accelerator program, the top Finalists will compete for up to CHF 1 million in non-dilutive prize money and several in-kind prizes.

“The competition to participate in this year’s cohort was incredibly tough. The traction and impact that MassChallenge Switzerland has gained in Europe’s innovation ecosystem is exemplified by the diversity, strength, and quality of all the Finalists,” said Thierry Duvanel, Managing Director of MassChallenge Switzerland. “The top 12 Finalists used the MassChallenge program to help them evolve their businesses and develop a thoroughly convincing pitch. I am looking forward to celebrating their future achievements after the close of our 2018 program.”

Founded in 2016, MassChallenge Switzerland has quickly become a leading driver of innovation and entrepreneurship in Europe by connecting startups with the experts and resources they need to grow.

Biospectal SA (Switzerland): A proprietary solution that transforms any smartphone into a medical device without any additional hardware to measure blood pressure.

FreshStrips (Netherlands): A smart-materials/smart-packaging company with an aim to reduce food waste and improve food safety.

INNOPRICK (Spain): Helps physicians better diagnose, treat and follow-up allergies with the use of a data platform

Prodibi (Switzerland): A unique professional image solution that solves all issues of displaying pictures online for any image of any size on any device.

Resistell AG (Switzerland): The world’s fastest antibiotic resistance test. It saves lives by determining the right antibiotic for the patient on time.

Velox Therapeutics (Switzerland): Has developed a novel anticoagulant that does not increase the bleeding risk, thus overcoming the safety issues related to current

MassChallenge is a global network of zero-equity startup accelerators. Headquartered in the United States with locations in Boston, Israel, Mexico, Switzerland, Texas, and the UK, MassChallenge is committed to strengthening the global innovation ecosystem by supporting high-potential early stage startups across all industries, from anywhere in the world. To date, more than 1’500 MassChallenge alumni have raised more than $3 billion in funding, generated over $2 billion in revenue, and created over 80’000 total jobs.
Learn more about MassChallenge at masschallenge.org