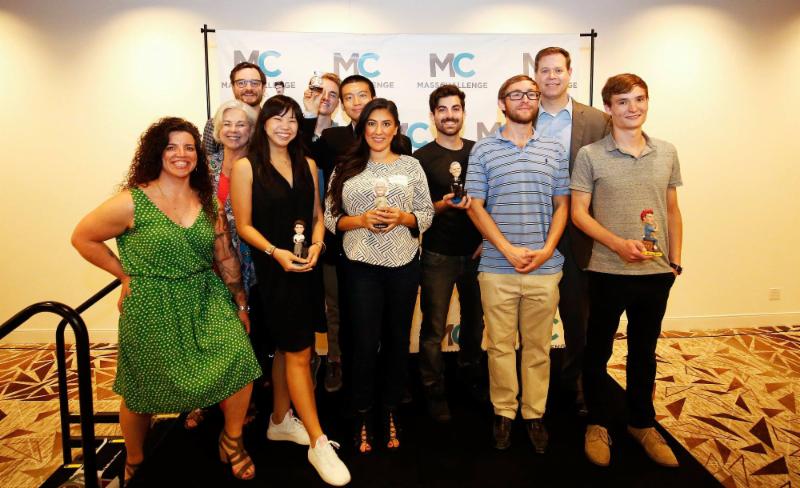 At the Awards Ceremony, MassChallenge Texas will award up to $500,000 in equity-free cash prizes to the top startups from the accelerator program. Top influencers from the Texas innovation community – including potential investors and customers, MassChallenge mentors and VIP community leaders – will come together to celebrate entrepreneurship and startup innovation. The August event is the first MassChallenge Awards Ceremony in Texas and will take place in Austin, the home base of the region’s inaugural program.

“Over the past four months, our global cohort of entrepreneurs has experienced the best that the Texas innovation ecosystem has to offer and recognizes that Texas is one of the best places in the world to launch a business,” said Mike Millard, Managing Director of MassChallenge Texas. “MassChallenge Texas is excited to bring together leaders across the Texas innovation ecosystem to celebrate our entrepreneurs and their accomplishments at our inaugural Awards Ceremony.”

“It is my life’s work to empower people to think and act like entrepreneurs in all facets of life,” said Cristal Glangchai, CEO and Founder of VentureLab and author of Venture Girls. “I am excited to speak to the inaugural class and the MassChallenge Texas community about the entrepreneurial mindset, the value of creativity and the need for exploration to break through market norms and make impact in the world.”

The co-keynote speakers will address the startup and VIP audience about their experiences building business, influencing change and creating impact in Texas.

“As a woman entrepreneur breaking into the $25 billion diagnostics industry, I’ve learned a lot about what it takes to build a successful business, be a strong leader and bring meaningful change to the market,” said Julia Cheek, Founder and CEO of Everlywell. “I think that women developing ideas and creating products from their personal experiences is so powerful. It’s the best career path in the world, and I’m excited to share my story and encourage the MassChallenge Texas community to take the leap.”

About the Inaugural MassChallenge Texas Accelerator