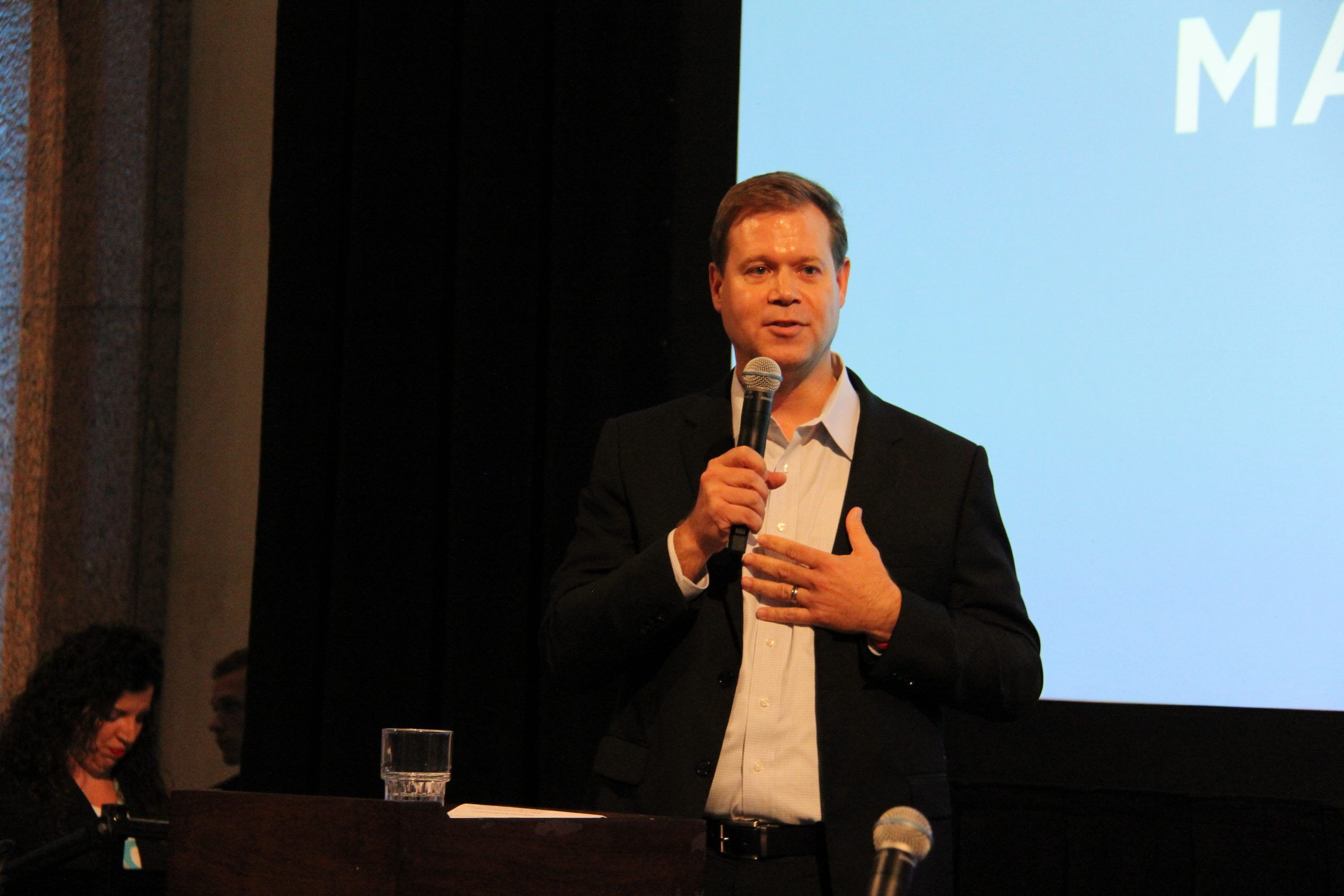 AUSTIN, TEXAS MassChallenge Texas, the newest location in the global network of MassChallenge startup accelerators, yesterday opened applications for its inaugural cohort of high-impact, early-stage startups across all industries from anywhere in the world. The deadline to apply is December 5, 2017 at 12:00PM (noon) CT. Interested startups can apply at: http://accelerate.masschallenge.org.

Applications were opened with a rare joint announcement by the Mayors of Austin and San Antonio as part of MassChallenge Texas official kickoff event this past Monday night at the Bullock Texas State History Museum.

“What Im really excited about is that MassChallenge accepts not only private companies to accelerate but also nonprofits and social impact ventures – were really looking forward to coming up with some new ideas that will help us deal with some of the municipal challenges that we have in this city: affordability and mobility, said Austin Mayor Steve Adler.  We want everybody to remember this day as one of those days early in the process when San Antonio and Austin really started to come together in very concrete and specific ways.”

The Texas miracle is the Austin-San Antonio corridor – to welcome such a great initiative as MassChallenge, I think is a great day to celebrate here in the state of Texas, said San Antonio Mayor Ron Nirenberg.

During the event, MassChallenge Texas and WeWork announced that the accelerator will be located in WeWorks newest location at WeWork West 6th.

Over the past several years, weve had the privilege of building a strong and inspiring community of creators across Austin, said Nathan Lenahan, Head of Operations for WeWorks southern region. With demand continuing to grow, we are opening our fourth Austin location in 2018. In addition to growing our physical footprint, were excited to announce a partnership with MassChallenge Texas. MassChallenges work aligns with our mission to help people do what they love by providing the tools and resources they need, and were excited to work together to support and empower companies making a difference right here in Texas.

MassChallenge Texas unveiled its 10 city roadshow across the Lone Star State during the application drive. Representatives will connect entrepreneurs across the state to MassChallenge resources to in an effort to strengthen Texas innovation ecosystem. Dates are set with MassChallege Texas community partners Capital Factory, UT Austin, Texas State, Galvanize, Texas A&M and Startup Aggieland, Southwestern University, The DEC, and UT Dallas with plans to visit San Antonio, Houston, El Paso, Lubbock, Waco and more in the works. Specific event information can be found on the MassChallenge Texas Facebook page.

Thank you to the amazing community of entrepreneurs, corporate and community partners, mentors and civic leaders that came together to celebrate the launch of MassChallenge Texas. said Mike Millard, Managing Director of MassChallenge Texas. We are ready and eager to bring our program to entrepreneurs from all corners of the state. I cant wait to get on the road and meet everyone!

MassChallenge supports entrepreneurs by providing the foundation and resources they need to take their businesses to the next level. In 2018, MassChallenge Texas will support up to 100 early-stage companies. The 2018 MassChallenge Texas accelerator will run from March to August 2018. As part of the program, selected startups receive hands-on support from top mentors and experts, free co-working space, access to MassChallenges unrivalled network of corporate partners, tailored workshops and office hours, and the opportunity to win a portion up to $500,000 in equity-free cash prizes.

MassChallenge will support the Texas ecosystem through its deep experience in key industries, including healthcare, clean energy, hardware & manufacturing, biotech, consumer tech, and social impact. Along with early-stage startups participating in the 2018 accelerator, MassChallenge expects to support hundreds more entrepreneurs through community-building activities, tailored programming, and ecosystem development across the state. The not-for-profit is also focused on fostering collaboration by connecting large corporations with the startup community.

Applications for MassChallenge Texass inaugural cohort are now open. Startups and experts can apply at: accelerate.masschallenge.org.

MassChallenge is the most startup-friendly accelerator on the planet. No equity and not-for-profit, we are obsessed with helping entrepreneurs across any industry. We also reward the highest-impact startups through a competition to win a portion of several million dollars in equity-free cash awards. Through our global network of accelerators in Boston, Israel, Mexico, Switzerland, Texas, and the U.K.; and unrivaled access to our corporate partners, we can have a massive impact – driving growth and creating value the world over. To date, 1,211 MassChallenge alumni have raised over $2 billion in funding, generated approximately $900 million in revenue, and created over 65,000 total jobs. For more information, please visit masschallenge.org.