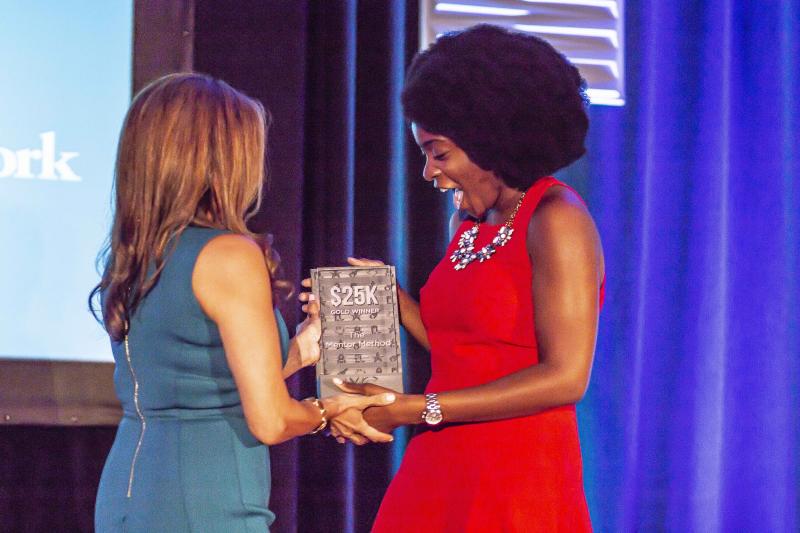 “At last night’s MassChallenge Texas Awards Ceremony, we proved that small businesses can have a big impact,” said Mike Millard, Managing Director of MassChallenge Texas. “We are proud to announce this year’s winners and to celebrate the incredible community that has played a vital role in supporting these startups over the last four months. We look forward to further strengthening the Texas innovation ecosystem with our next cohort in 2019.”

The first-annual MassChallenge Texas Awards Ceremony brought together nearly 500 innovation leaders, businesses, policymakers, and enthusiasts from all corners of Texas to celebrate the Lone Star State’s startup community. The event kicked off with a showcase of the 84 startups participating in the accelerator followed by inspiring talks from speakers Cristal Glangchai, VentureLab and VentureGirls, Julia Cheek, Everlywell, and Bryan Daniel from the Office of the Governor, State of Texas.

Cloud 9
Healthcare/ Life Sciences | Austin, Texas
Cloud 9 is on a mission to provide mental healthcare to those who need it most – before they land in ERs, jails, or on the streets.

Augmenta
High Tech | Greece
Augments is taking the guesswork out of fertilization and pesticide spraying in real time, with a machine vision/learning plug and play device.

Popspots
High Tech | Austin, Texas
Popspots is building AdMob for the physical world with an initial network in grocery, the highest traffic space in retail.

In addition to the program prize winners, the following startups were also awarded prizes through the generous support from MassChallenge Texas partners:

What if you could reduce your video delivery costs without sacrificing quality or changing infrastructure? That’s the ZPEG advantage.

About the 2018 MassChallenge Texas Accelerator

Over the past four months, startups participated in a tailored program designed to support their unique needs: from market research to launching pilot programs, intellectual property and licensing, to fundraising and investor relations, sales and marketing strategy, to working with corporate partners and more.

The 84 companies have worked out of the new WeWork West 6th space home and have access to a complimentary, Texas-wide WeWork community membership for six months.