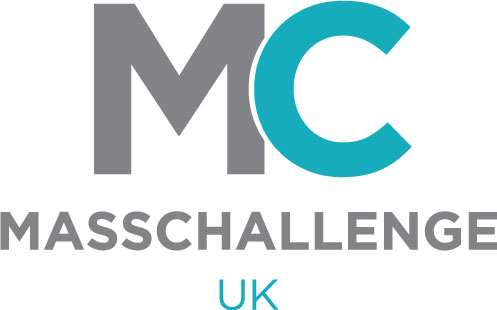 The programme connects the UKs most promising early stage companies with the right resources to help drive growth, create value, and solve real world problems. During the three months of acceleration, entrepreneurs receive mentorship, free office space, education, access to a vast network of experts, investors, industry partners, and other resources. At the end of the programme, MassChallenge provides shares of up to 500,000 in no-equity, non-dilutive cash awards to those startups demonstrating the most impact and potential.

This is our second accelerator cycle in London and were looking forward to recruiting another incredible group of high-impact startups and stimulating regional growth in the process said MassChallenge UK Managing Director, Kerry Ritz. Being accepted on the accelerator presents a significant opportunity for an early-stage company to propel itself along the road to business success. Our panel of judges are leaders in their field and world-class experts from a range of industries, so they know a startup with the potential to succeed when they see one.

Competition for places is likely to be fierce, as research from the Massachusetts Institute of Technology shows that participating in MassChallenge more than doubles a startup’s likelihood of raising significant funding and reaching 15 employees. Last year less than ten percent of applicants were accepted (browse the MassChallenge UK startup alumni here). Judges for MassChallenge UK applications in 2015 included Casper Woolley, Co-founder of Hailo, Steve Perry, former COO of Visa Europe, Henry Lane Fox, Head of Product Development at LastMinute.com, Nadia Crandall, Co-Founder of Harvard Business Angels, and Tim Campbell, the first winner of the Apprentice and founder of the Bright Ideas Trust.

As a leading investor in female entrepreneurs, MassChallenge is also keen to see application from startups founded by women. In 2015, 39% of MassChallenge teams had at least one female founder, well above the industry standard. A recent TechCrunch study highlighted MassChallenge as the top organisation for investing in startups with a female founder, with 42 percent of its awards going to female-founded startups.

Theres a universal need and responsibility to help early-stage startups across all industries and backgrounds succeed as they set out to solve some of societys biggest problems, said John Harthorne, MassChallenge Founder and CEO. Communities that focus on creating an environment thats open, collaborative, and supportive will drive more value, opportunities and wealth as a result. Were proud to continue advocating for this movement and fueling innovation around the world as part of our global accelerator.

The UK startup accelerator programme is just one of several MassChallenge accelerators taking place around the world, including Boston, Mexico, Switzerland, and Israel. In 2015, MassChallenge received over 2,250 applications globally from more than 60 countries. MassChallenge UK also recently announced new sponsors BCG The Boston Consulting Group and Eversheds to join its other corporate, foundation, and public sponsors.

All early stage startups from all industries are eligible to apply for MassChallenge UK. The deadline for applications is 29 June, 2016. To apply visit: apply.masschallenge.org/uk.

MassChallenge is the most startup-friendly accelerator on the planet. No equity and not-for-profit, we are obsessed with helping entrepreneurs across any industry. We also reward the highest-impact startups through a competition to win a portion of several million dollars in equity-free cash awards. Through our global network of accelerators in Boston, the UK, Israel, Switzerland, and Mexico, and unrivalled access to our corporate partners, we can have a massive impact – driving growth and creating value the world over. To date, 835 MassChallenge alumni have raised over 910 million, generated 400 million in revenue, and created over 8,500 jobs. For more information, please visit masschallenge.org.