More than 250 Startups Featured During the MassChallenge Startup Showcase 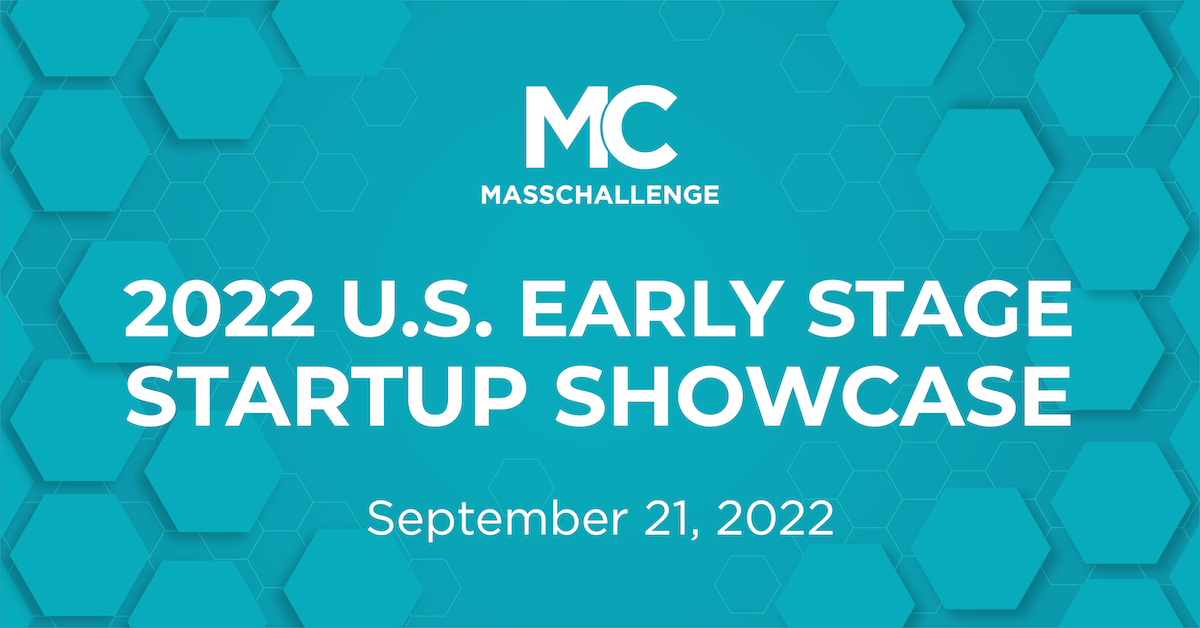 Boston, MA  – On September 21, MassChallenge, the global network for innovators, hosted a Startup Showcase where more than 250 startups pitched their cutting-edge solutions. The virtual, day-long event was divided into seven pitch-based sessions including Forging Your Own Path(ology), Putting “U” and “Me” in Consumer Healthcare, Clean Up on Aisle World, Movers, Shakers, and Makers, I’ve Got the Power, Tech Me Out to the Blockchain, and Make it Make Cents. Tune in to the session playlist here.

“Showcase is a celebration of creativity and innovation coming from the minds of entrepreneurs who are impacting the transformation of ecosystems around the world,” said Chaya Pomeranz-Sherman, Director of US Early Stage. “This is the time for us to celebrate the wins, growth, and relationships built over the last 3 months of the more than 200 startups from our 2022 U.S. Early-Stage program.”

In June, MassChallenge welcomed 251 startups into the 2022 U.S. Early Stage Program. Of the 251 startups invited to participate, 24% are located outside of the United States from countries including India, Nigeria, and Serbia, to name a few. Those within the United States represent 28 states – including California, Minnesota, and North Carolina – while 59% are outside a MassChallenge region (Austin, Boston, Dallas, Houston, Providence). This year, 175 startups in the cohort were founded by first time founders. Meet the founders.

During the event, registered attendees got to vote in the inaugural community choice award. The top five startups identified during the showcase will continue in a final round of judging by the MassChallenge community to determine a top award winner. The Community Choice Award winner will be celebrated at RESOLVE, the MassChallenge Summit and Awards in February and will receive a $25,000 cash prize. Learn more about the Awards event in February here.

MassChallenge is the global network for innovators. Headquartered in the United States with eight locations worldwide, MassChallenge equips bold entrepreneurs to disrupt the status quo and to create meaningful change. Since launching in 2009, more than 3,000 startups have participated in a MassChallenge program and non-profit has awarded over $17M in equity-free cash and prizes. Learn more about MassChallenge at masschallenge.org