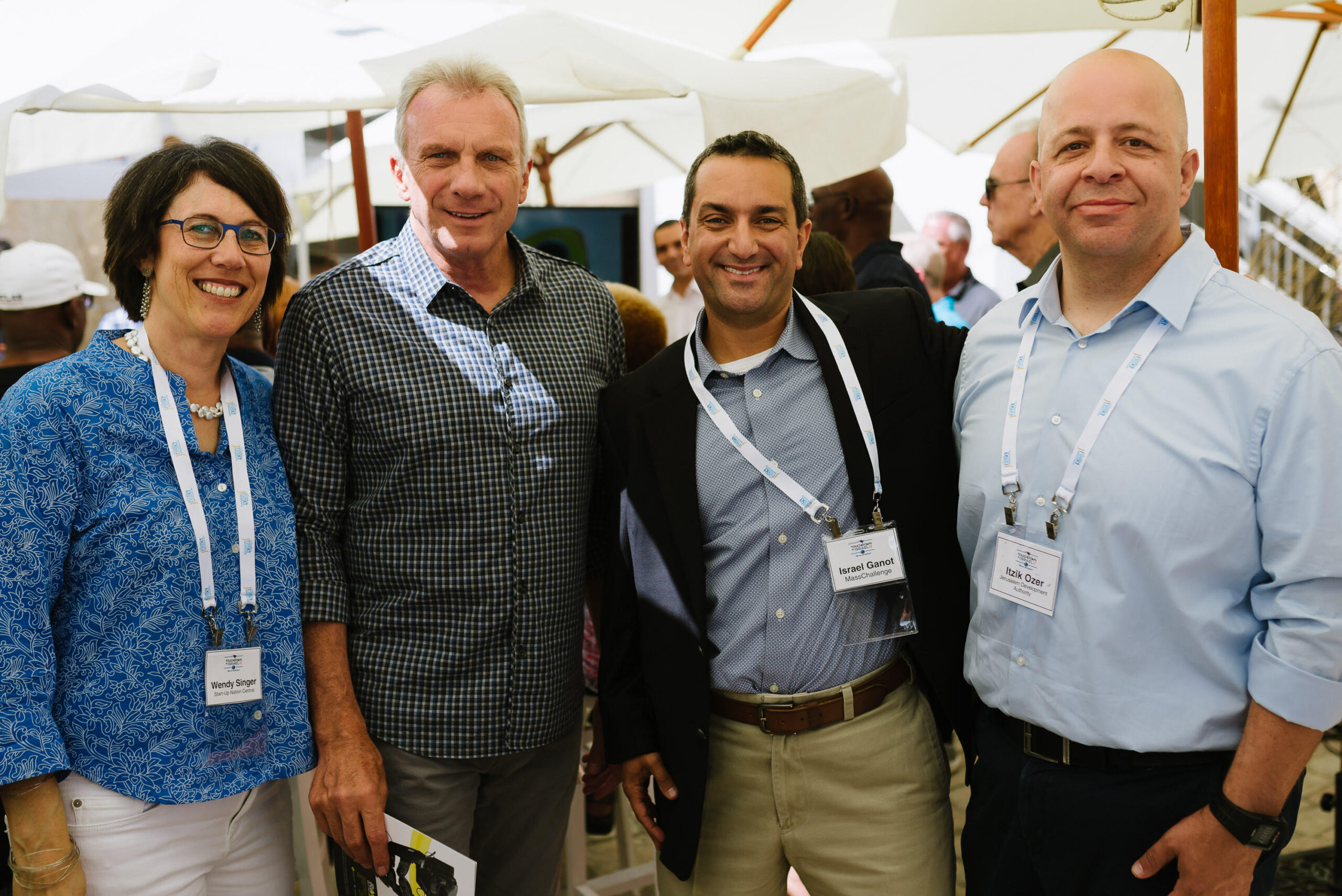 Jerusalem  The Jerusalem Development Authority, MassChallenge Israel, and Start-Up Nation Central hosted 18 Gold Jacket members of the Pro Football Hall of Fame in the United States for an innovation expo to showcase Israels leadership in technology and innovation. The innovation expo was part of the Touchdown in Israel II We Are All Patriots trip led by New England Patriots Chairman and CEO Robert Kraft and Pro Football Hall of Fame President David Baker.

I have led mission trips to Israel for more than three decades, said Robert Kraft. My goal on these missions is to give our guests insight into all of Israels splendor, including its role as Start-Up Nation. Israel has been the beneficiary of receiving more than a million educated immigrants who have helped create an incredible entrepreneurial spirit that has fueled amazing innovation. I think the mental discipline of all that goes into the defense of this country has forced people here to use technology and innovation in very creative ways, many of which then have commercial applications. The Innovation Expo was one of the highlights of the mission trip we took two years ago and we wanted to give this years Pro Football Hall of Famers exposure to just a few of the many great innovations that are happening here.

“Jerusalem, Israel’s tech capital, has been named as the number one emerging tech hub by Time Magazine, and as one of the top 30 tech cities in the world – and this is before the $15 billion Intel acquisition of Mobileye, said Jerusalem Mayor Nir Barkat. Since it’s founding, Jerusalem has been a center of innovation and today’s booming tech renaissance is the modern example of this legacy.

Many innovative giants call Jerusalem home including Mobileye, Intel, Cisco, Rafael Defense Systems, Teva, among many more, said Eyal Haimovsky, CEO of the Jerusalem Development Authority. They choose Jerusalem for its history as a global leader and its ability to persevere.”

Success is a team sport,” Israel Ganot, Managing Director of MassChallenge Israel. “MassChallenge Israel was founded to launch game-changing ideas that solve the worlds biggest problems. Israeli innovation is making this a better world due to the combined efforts of MassChallenge Israel and our partners. It is an honor to be able to show Mr. Kraft and these NFL Hall of Famers the amazing technology coming out of an all-star city like Jerusalem.”

“It was a unique privilege to showcase cutting edge Israeli technologies that are changing the world to the Gold Jacket visitors in Jerusalem, said Wendy Singer, Executive Director of Start-Up Nation Central. They were steeped in a game that had to innovate and pivot dramatically over the years, and appreciated the fast-paced nature of our innovation scene.”

About the Jerusalem Development Authority
The Jerusalem Development Authority is a joint venture between the government and the municipality, established in 1988. Among the functions of the Authority are to initiate, plan and encourage activities for the economic development of Jerusalem; Coordinate between the government ministries, the authorities and the industry that are working to develop Jerusalem; To advise and provide information related to initiatives, programs and economic enterprises in Jerusalem.

About MassChallenge Israel
MassChallenge is the most startup-friendly accelerator on the planet. No equity and not-for-profit, we are obsessed with helping entrepreneurs across any industry. We also reward the highest-impact startups through a competition to win a portion of several million dollars in equity-free cash awards. Through our global network of accelerators in Jerusalem, Boston, the UK, Switzerland, and Mexico, and unrivaled access to our corporate partners, we can have a massive impact – driving growth and creating value the world over. To date, 1,211 MassChallenge alumni have raised over $2 billion in funding, generated approximately $900 million in revenue, and created over 65,000 total jobs. For more information, please visit masschallenge.org.